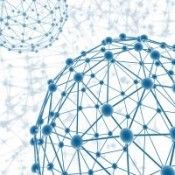 14 May 2013 | Katoomba 18 is focused on forests and water, but the water challenge also engulfs energy, transport, and food security. The Nexus Dialogue on Water Infrastructure Solutions was launched in January, 2013 to aggregate solutions from around the world. The aim is to build an online collection of case studies that will feed into the International Conference on Water, Energy and Food in Midrid, Spain, in 2014.

One of several initiatives that grew out of a November, 2011 conference in Bonn, Germany, it was jointly launched by the International Union for Conservation of Nature (IUCN) and the International Water Association (IWA). It examines all aspects of water infrastructure and technology – from how it’s developed to what it costs to the role of ecosystem services. The aim is to find what works, what doesn’t and why, and then to promote what works and either improve or eliminate what doesn’t.

Mark Smith, Director of IUCN’s Global Water Programme, hopes to draw input from China at Katoomba 18, and also to update people on the progress of the effort. In March, he and interim IWA Executive Director Ger Berkamp explained their mission on the German government’s Nexus web site, and made it clear that green infrastructure will play a role in the water movements of tomorrow.

“We think … that there are opportunities to understand where and how to make more use of natural infrastructure solutions,” they said. “Natural infrastructure includes well-functioning watersheds, floodplains, wetlands and forested hillslopes. The services these provide support built infrastructure. For example, the maintenance of catchment forest areas controls soil erosion and reduces sedimentation of downstream reservoirs.”

This is the fourth in a series of stories offering coverage leading up to and during Katoomba XVIII: Forest, Water and People to take place in Beijing, China, on May 16. The meeting will gather leading experts, practitioners, policymakers, and investors from China and abroad to advance nature-based solutions to the water crisis for an urbanizing world.