Mangroves not only protect coasts and nurture young fish, but they could be one of the most potent tools in the battle to slow global warming. They were also the center of debate in Palo Alto, California, where social entrepreneur Ben Metz videoblogged from the Katoomba MARES Meeting, which wrapped up Wednesday. 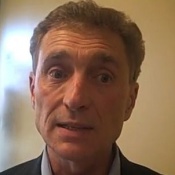 Part Six, Marine Biodiversity Offsets, examines existing that provide an economic incentive to preserve natural habitat for endangered species on land, and provides a guide for adapting these schemes to the ocean.

Mangroves not only protect coasts and nurture young fish, but they could be one of the most potent tools in the battle to slow global warming. They’re also the center of debate this afternoon in Palo Alto, California, where social entrepreneur Ben Metz is videoblogging from the Katoomba MARES Meeting.   You can follow panel discussions here, and you can keep track of Ben’s video blog below.

9 and 10 February, 2010 | Katoomba XVI has wrapped up after two days of intense discussions and workshops.   To keep you up to speed on events, we’ve created two streams — this videoblog, which will include informal chats with participants, and a more formal stream that will bring you panel discussions as they become available.

Michael Jenkins sums up the Event

I caught up with Forest trends President Michael Jenkins over a beer after the end of day two.  It’s been a whirlwind of a couple of days and here Michael provides a brief summary of whats been explored and the questions we’ve started to ask.

Astrid Scholz from Ecotrust in Portland, Oregon just presented on the potential for a new marine finance facility, at significant scale, that would bring a whole new funding stream into play for marine conservation activities: substantial long-term commercial finance at scale!

Astrid is talking sense, despite her use of my favorite term of the conference — “data free analysis” — and has a vision worth taking note of.  It’s also the closest I have heard to my ideas about developing marine entrepreneurship as an asset class and therefore bringing substantial new finance in to marine conservation.  Astrid )and this idea really) are ones to watch!

Richard Kenchington outlining what he’ll be talking about in this afternoons panel discussion on Blue Carbon.   Richard was one of the authors of the report on Blue Carbon that fed into the Copenhagen COP15 meeting in December 2009.

Bonnie McCay: No Power Without People

Fresh from delivering this morning’s keynote address on the role of the community in providing innovative solutions for marine and coastal conservation, Bonnie McCay gave us a whistle-stop tour of the key points from her presentation.

All the Ingredients — but What Recipe?

Indu Hewawasam, just before getting on stage to moderate the panel discussion on open access issues in marine and coastal resource utilisation, wondering aloud about who the key players will be in going forward in solving issues of open access.

After nearly 12 hours of intense workshops and panel discussions — most of which are being archived as podcasts here — we asked Paul Holthus to summarize Day One.   Paul founded the World Ocean Council, and he says that payments for marine ecosystem services represent a completely new field and not just a branch of existing PES schemes. As such, he says, it deserves our attention and concerted action — and by the looks on the faces of this room full of jet-lagged folks, that’s exactly what we have here.

Maybe this is the start of a new movement?

Earlier today Richard Kenchinton mentioned he’d catelouged 39 acronyms in regular use in the marine conservationa nd payment ofr ecosystem services space.  It’ the end of day one and Richard’s had a glass or two of wine.  Here he is giving a whistle stop tour of acronym land.  Richard’s 39 steps to insanity…

Rick Macpherson: How Offshore Energy Can be Good for the Environment

Mike Miller from the Electric Power Research Institute delivered a fascinating talk on the opportunities presenting themselves to marine conservation through the development of offshore energy generation.   You’ll be able to hear his entire presentation and view slides on the podcast, but   for now here’s a two-minute summation that shoud peak your interest.

Rick Macpherson: Why it’s Cheaper to Preserve than to Destroy

Rick Macpherson, fresh out of his panel session on eco-tourism, summarised in two minutes some of the headlines from the field.  Rick’s a passionate advocate for eco-tourism but acknowledges at the same time that the scale of the solution it provides into marine conservation simply doesn’t match the scale of the problem!

Forest Trends President Michael Jenkins delivered the opening address, where he traced the Katoomba Group’s genesis to an inquiry he received from the Sydney Futures Exchange nearly a decade ago, when the exchange was contemplating the launch of carbon futures. That inquiry convinced Jenkins of the need to create a conduit through which diverse and disparate groups exploring the use of markets to preserve ecosystem values could communicate — an exploration that today moves off the land, and into the sea.

Al Appleton, instigator of the Catskills watershed initiative in New York, also delivered a fascinating talk which will be uplaoded as a podcast overnight.   We caught up to him after the presentation, and he elaborated on his warning we should be picking our targets carefully.  In the early stages of this developing movement, he says, we need to make sure the right messages are carried out by our actions.

Mainly, he says, we need to focus on solutions that can be scaled up.   In the podcast, you’ll hear him underline the need for us to add a number of zeros on to our current aspirations.

“Go large or go home,” is one of the residual messages from Al.  Fascinating and inspiring stuff!

While you’re waiting for the presentations to be uploaded on the other side, here’s a snippet from MARES Program Manager Winnie Lau’s opening presentation.

Before the meeting, we managed to catch up to event organizers Tundi Agardy and Winnie Lau of the Forest Trends MARES Program at breakfast.   They offered their expectations of the event.

Seth Caplan is the Vice President for Climate Advocasy at the Coservation Law Foundation.   He came to California to share his experiences from New England — on the opposite side of the country — where his group has been experimenting with renewable energy on the ocean:

Amber Mace, Executive Director of the California Ocean Protection Council, will shortly be opening the event and welcoming attendees on behalf of the state of California.

Mission Markets CEO Mike Van Patten is among those who see Katoomba XVI as a networking opportunity.

Ben Metz is an entrepreneur currently developing a number of new-start social finance and technical assistance facilities for global social enterprise and conservation sector development — specifically, marine entrepreneurship. You can follow him on his blog, www.benmetz.org.

Thanks for visiting the K-16 Videoblog, which we set up to give you insight into events on the ground at Katoomba XVI, the Katoomba meeting taking place this week in Palo Alto, California, and focusing on ways of using market mechanisms to help preserve coastlines, coral reefs, mangroves, and other living ecosystems that support life – including us.