A Peruvian sociologist dedicated to poverty alleviation has helped implement a version of payments for watershed services projects in impoverished nations like Guatemala, Peru and Indonesia with the help of WWF. The initiatives have led to a host of benefits for the local populations and ecosystems and now have the Chinese government as well as other nations interested in the model. 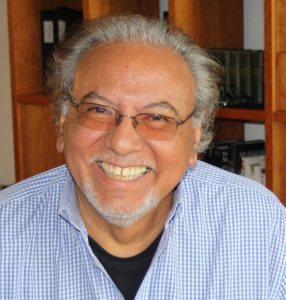 16 October 2013 | Julio Tresierra has always been obsessed with change. That’s what lured him from his native Peru five decades ago, and it’s what keeps him going at 71. Since then, he’s been traveling the world – both geographically and philosophically – in search of real-world solutions to our deepest societal problems. He found the answers living with the poorest of the poor and working on over 60 social development projects with various civil society organizations and government agencies across Asia, Latin America, and Africa.

We reached him by phone in China, his booming baritone resonating with the power of a man half his age. He chalks his strength up to his playful curiosity concerning the world as well as his passion for knowledge – a passion that led him to embrace systems theory and the works of Fritjof Capra, which led him to appreciate the holistic approach to conservation that many payments for ecosystem services deals seemed to be taking.

Tresierra reasoned that if farmers and ranchers improved the areas upstream of a watershed by preventing sedimentation and erosion, then residents, businesses and landowners downstream, who rely on healthy watersheds to conduct business, would be willing to pay for the service. It would help lift farmers out of poverty, he thought, and also generate a sustainable cycle: farmers in upland areas, which are usually those who live in extreme poverty and grow food for consumption, would benefit from better crops to restore water quality. This would also enable them to sell their crops to local markets or even trade with foreign buyers. Ultimately, an investments in watershed services (IWS) scheme would allow for cooperation between the water sector and other stakeholders operating in a basin, instead of conflict and competition.

Over the past four years, his ideas for IWS plans have been implemented in Indonesia, Peru and Guatemala benefitting hundreds of families. And it continues to spread as local authorities move forward with the idea.

From Ideas to Actions

Eight years ago, Tresierra went to work for the environmental NGO World Wildlife Fund (WWF) and applied his model in cooperation with CARE, a humanitarian organization specializing in assisting marginalized populations.

“We felt it was critical to work with a humanitarian organization on this,” he says. “The whole point was to attack the drivers of degradation and to lift people and nature together.”

The result is a global network of pilot projects called Equitable Payments for Watershed Services.

Though considered a landmark accomplishment, it was difficult to get rolling, with a lot of “doors closing and opening,” and, “trying and failing.” The project couldn’t move forward in the field without undergoing feasibility assessments in different locations. But their perseverance paid off and the work done in northern Peru’s Jequetepeque watershed began to show significant results. According to Ana Marleny Cerna, the project’s regional coordinator, local communities’ have tripled their incomes in two years due to restoration of the ecosystem focusing on reducing contaminants from sediments. The Jequetepeque Basin includes the northern regions of Cajamarca and Lambayeque. Work on this project continues in collaboration with Peru’s Ministry of Environment and the irrigation board for Jequetepeque’s water users.

A Child of the Mountains and the Forests

Tresierra says he has always been linked to nature growing up in the Amazon rainforest and the Andes Mountains of Peru. He spent his childhood in Peru’s mountainous Central Sierra region and went to work on tunnel construction when he was 13 – work he chose to gain a sense of independence rather than because he had to.

“That began a profound process of learning,” says Tresierra. “I could see the abyss between local communities, the grandeur of nature and the innocence of the people.”

“I did it to equip myself with the knowledge needed to understand the roots of social problems in the long term,” Tresierra says. “It was also a starting point that gave me the international connections required to implement theories I had learned.”

A college classmate, Luis Herrera, remembers Tresierra as a sensitive and perseverant visionary. And his current project with WWF is a clear reflection of his vision for improving the lives of the poor.

“This proposed model promotes a business arrangement between buyers and sellers of environmental services,” Tresierra says. “It’s not a donation, but an incentive to protect nature. It’s a business proposition between upper basin farmers and water users in the lower basin.”

As Tresierra has pointed out through his IWS model-water is not only consumed. It’s used by large companies to manufacture their products or to generate energy.

“The idea is to find ways to unite the management of economic capital with the management of nature,” he says. Tresierra also points out that this process brings to the forefront the important question-what is the natural element that is responsible in some way for social and economic development? The answer is water and this process puts a monetary value on it.

Tresierra also says that an effective water management system will help communities bear the consequences of nature-like a drought- better. Three types of capital, says Tresierra, have been united and put on equal level. They are: social capital, (the rural poor in upland areas) natural capital, (ecosystems that provide water resources) and financial capital (public or private corporations that benefit from clean water flowing downstream.)

It’s been a journey filled with ‘trial and error’ attempts, Tresierra says. And his model will continue to grow and change as Tresierra gains more insight.

“Nothing is finished,” he says. “You have to keep trying over and over again.”

Tresierra says he was always convinced his proposal for an IWS plan would be successful because it was based on knowledge and reality and not emotion. It’s important to, “respect differences and be consistent in proposals and speeches.”

While the original idea was to start a project in Honduras and Peru, they met with challenges in both countries. In Honduras, it just wasn’t possible and in Peru’s Chira river basin in the Piura region, the model was opposed by the authorities and a good proportion of the population.

“You have to realize that sometimes there isn’t opportunity to reach an area,” he says.

Tresierra continues to search for mechanisms that will finance conservation while at the same time alleviate poverty. His stretch with WWF is over but he is looking into Tanzania, Romania and Bulgaria as potential candidates for projects. He also worked in China for three years replicating a development model in rural areas.

Not content with the rules that involve exploiting nature for development’s sake, Tresierra understands the biological and ecological limits this planet has and that we need to take care of it.

Milagros Salazar is an investigative journalist specialized in environment and social issues. She collaborates on the investigative team of IDL-Reporteros in Lima, Períº and is a correspondent for InterPress Service. She is also a member of the International Consortium of Investigative Journalists. You can reach her at milisalazarh@gmail.com.

This article has been adapted from Julio Tresierra, un transformador de vidas , which appeared in Spanish on Valorando Naturaleza, a sister site to Ecosystem Marketplace focused on Latin America. It was adapted into English by Kelli Barrett and Steve Zwick.