Veteran Chicago hydrologist Don Hey has been arguing for decades that his region could slash its water control costs by taking better care of swamps and floodplains. Local politicians are finally listening – and supporting him on a massive market-based wetland restoration effort that could help ratchet up the scale of mitigation banking across the United States. 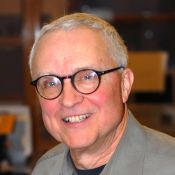 17 June 2009 | Don Hey, 69, sprints through the streets of downtown Chicago while describing his pet project and greeting nearly everyone he sees – even the homeless guys hawking Streetwise.

He has reason to be cheerful. The modestly-named Goose Pond Nutrient Farming Pilot Project he hopes to kick off later this year has the potential to legitimize and greatly expand the nascent nutrient trading market called nutrient banking.

Hey’s nutrient bank is a hybrid of water quality trading and wetland mitigation banking that he calls nutrient farming.

Like wetland mitigation banking, his scheme finances the rescue and restoration of wetlands, but it emphasizes the sale of water quality credits rather than wetland mitigation credits. One pollution source, such as a waste water treatment plant, purchases credits generated by another source such as a wetland that absorbs and processes the nutrient waste.

“Rather than growing corn and soybeans, a nutrient farmer ‘grows’ wetlands,” wrote Hey in a paper entitled Nutrient Farming: A Means to Finance Large-Scale Wetland Restoration. “The ‘harvest’ is the excess nitrogen and phosphorus removed from the incoming surface water and carbon dioxide, which is removed from the atmosphere.”

Hey’s “nutrient farm” is geared more towards gleaning specific scientific data rather than selling credits and towards testing the limits of selling diverse credits from one project.

The plan spearheaded by this hydrology vet with a history of thinking for himself begins by figuring out the exact quantify of nutrient pollutants that wetlands can absorb, then determining for future sale wetland’s super-hero ability to provide other environmental services including flood prevention, biodiversity promotion and carbon storage.

“We’re looking at land, water, air, carbon, and methane,” says Richard Breckenridge, an advisor with the Illinois EPA who analyzed the project. “This is the opportunity of a lifetime.”

But big opportunities come with big challenges, and Hey’s hurdles run high. No comprehensive federal regulations drive nutrient banking. The field is so new, in fact, that few appear certain about exactly how many nutrient banks exist. Meanwhile, environmentalists worry that using a single wetland to compensate for multiple ecological losses could shortchange the environment. And traders from individual ecosystem markets such as carbon credits, habitat preservation and wetland banking see limited benefit in sharing a single plot and divvying up their winnings.

The Cinderella of ecosystems, wetlands were once disparaged as fly-infested swamps that were filled in and paved over to make room for more lucrative investments. But during the past few decades a variety of emerging ecomarkets began fighting a tug of war to control them.

Nowadays, environmental financiers of all stripes are competing to restore wetlands by cashing in on different environmental services – so wetland mitigation bankers are looking to cash in on wetlands’ ability to absorb runoff and prevent floods, while biodiversity bankers focus on wetland’s propensity to attract endangered species, carbon traders on wetlands’ ability to absorb carbon, and nutrient bankers on their ability to absorb “nutrients” – specifically, the nitrogen and phosphorus leached from human and animal dung that are suffocating waterways and causing massive fish kills.

A few dozen “nutrient banks” have already been introduced – typically 100-acre farms hosting animals and their waste. The people developing these projects became nutrient bankers by partitioning the land or trucking out the dung to keep it from waterways, then selling credits to wastewater treatment plants and developers which are mandated to reduce waste and runoff. They stay in business by selling credits for far less than the companies would have had to pay to retrofit their operations.

What makes Hey’s proposal different from existing ecosystem operations is its massive size, 1325 acres, and its goal of scientifically quantifying wetlands’ precise ability to absorb nutrients and perform other ecoservices. To achieve these ambitions, Hey formed the non-profit Wetland Initiative Corporation and partnered with ten universities, The Nature Conservancy, and the Metropolitan Water Reclamation District of Greater Chicago.

“Right now we’re extrapolating from small wetlands and small experiments done to date,” says Doug Blodget, executive director of The Nature Conservancy (TNC). “We can do it on paper but it hasn’t been done on the ground.”

Hey, Blodget and their partners plan to use the Goose Pond wetland as a living laboratory, not a commercial nutrient bank, to change that. Goose Pond is a degraded wetland situated along the Illinois River approximately 125 miles southwest of Chicago.

Currently covered by mudflats, reeking from sediments and owned by duck clubs that use the land to attract their prey, it could be transformed into the mother of all ecosystem markets. At an anticipated cost of $60 million, the Wetlands Initiative plans to restore the degraded lake and its environs by constructing low beams to control water flow. Researchers will control this and other variables to maximize the natural chemical and biological processes that occur in wetlands to remove nitrogen and phosphorus from water and determine wetlands’ ability to provide other ecoservices.

To promote nutrient removal, improve wildlife habitat and promote biodiversity, the project plans to plant duck potato, water lilies and other plants native to the area.

If successful, the 1300-acre Goose Pond, while large when compared to wetland banks, would be small compared to banks it could spawn, Hey says, his facing lighting up like a graduate student that just solved an algorithm. Wastewater treatment plants would have significant financial incentives to purchase credits in massive wetland banks to lower costs to meet the Clean Water Act mandate to reduce nutrient discharges. The Metropolitan Water Reclamation District of Greater Chicago already signed on as a partner in Hey’s pilot project, demonstrating its determination to find more economical ways to enable their wastewater treatment plants to meet Clean Water Act nutrient-discharge standards.

A look at the dollars and cents appears persuasive. Publicly-owned treatment plants in Illinois predict it would cost ratepayers more than $5 billion to install effective nutrient-reduction technology and another $500 million annually to operate these facilities, while Hey says nutrient bank credits could do the whole job for just $1.6 billion – if his experiments prove that nutrient farming works equally well at absorbing nutrients. Hey estimates it will take 520,000 acres of restored wetlands to absorb Illinois treatment plant nutrients. While that is a lot of land and a lot of work, it could bring billions of dollars in savings.

Of course, converting hundreds of thousands of acres into ecosystem banks would inevitably affect not only nutrient banking but most ecosystem markets that involve wetlands.

If Hey’s project goes as planned, he predicts it will drive down the price tag for wetland, biodiversity and carbon banking and conceivably bankrupt some of them.

“This would kill wetland banking,” Heys says, “because it would create such a supply of credits and sell them so cheaply.”

Richard Mogensen, a former president of the National Mitigation Banking Association and mid-Atlantic director of EarthMark Mitigation Services LLC, disagrees. Nutrient farming, he said, is unlikely to hurt the wetland mitigation banking business because the government prohibits double dipping, or using the same acre of land to compensate for various ecological damages on multiple acres. If wetlands are converted to nutrient farms, then the remaining wetlands available for wetland mitigation banking could become scarcer and more valuable rather than less.

Moreover, wetland bankers are poised to move into the nutrient banking field and many, including Mogensen, already have.

“This is going to be huge,” he said between breaks during the National Wetland Mitigation Banking Conference held last month in Salt Lake City. “It’s the next big thing.”

For nutrient farm banks to become the next big thing, however, they must jump a number of hurdles. National regulations will have to be put in place to promote them. Currently, nearly a dozen states promote nutrient trading. Their use, however, is so ad hoc that no central clearing house exists to document all trades. The National Council on Economic Education found nine state or regional trading programs US, 19 ongoing offset/trading programs and 35 projects related to water.

In March, the World Resources Instituted (WRI) identified 57 WQT programs worldwide, the majority of which are in the US, with 26 active, 21 under consideration or development, and 10 inactive or complete.

“Our vision would have water quality trading sometime in the future,” said Richard Brekenridge, the agricultural and rural affairs advisor with the Illinois EPA.

Then there is the more pressing problem of getting permits required to start the project. Although Hey has worked on this for nine years and has an all-star cast of partners, he is still wrestling for permits with the Army Corps of Engineers and Fish and Wildlife Service.

And there is the hurdle of trust. Farmers unfamiliar with nutrient trading worry about upstate city guys and plans to process Chicago waste.

“The conversation has to start someplace,” says Brekenridge. “Hey’s starting the conversation, setting the framework of what a program would look like, then down the road it will create value.”

Backers signed on to the Goose Pond project because of their varied and vested interests in wetlands. The Metropolitan Water Reclamation District needs economical nutrient removal. The Nature Conservancy wants biodiversity. Duck clubs owning the site want to make sure their prey finds the wetlands welcoming. And universities want to explore the viability of carbon sequestration, recreation development and wetland preservation.

If this pilot project works as designed, it will offer a spreadsheet to enable scientists and stakeholders to find a balance between these significant and often competing environmental demands.

“From a societal perspective,” Blodget said, “we need to have a concern for all these things if we want success in the long term for society. The market can’t have any one use trumping everything else.”