Voluntary and regional carbon reduction initiatives continue to save tropical rainforests by using them as carbon sinks – along the way helping to define and standardize the means of measuring carbon captured in trees. The Ecosystem Marketplace takes stock of the latest developments in Reduced Emissions from Deforestation and Degradation (REDD). 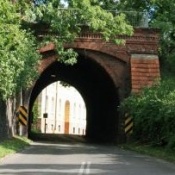 Voluntary and regional carbon reduction initiatives continue to save tropical rainforests by using them as carbon sinks – along the way helping to define and standardize the means of measuring carbon captured in trees. The Ecosystem Marketplace takes stock of the latest developments in Reduced Emissions from Deforestation and Degradation (REDD).

1 December 2008 | As the climate world gathers this week in Poznan, Poland, to discuss life after Kyoto, the question of how to deal with emissions from agriculture and deforestation hovers at the edge of the debate like a wayward son: filled with potential and also dashed hopes.

While negotiators begin twisting around the layers of complexity in the international forestry debate for post-2012, on the voluntary side of the market stakeholders are moving full speed ahead in refining standards and developing projects.

The Voluntary Carbon Standard (VCS) announced its long-awaited rules for Agriculture, Forestry and Other Land Use (AFLOU) in November, underscoring the role the voluntary market hopes to assume in forging rulemaking in a sector that has generally stymied regulators. But while the chance to open up the market’s doors to carbon credits from forestry appears closer, real obstacles remain. And those obstacles will be explored during the scientific sessions in Poznan – and perhaps in the closed-door political discussions as well.

No one doubts the land use sector’s appeal. Deforestation alone accounts for roughly 20 percent of the world’s annual greenhouse gas emissions, and AFLOU emissions dwarf those of heavyweight carbon producers like transportation.

VCS has now entered a new realm — providing a third-party standard for avoided deforestation. This is commonly called Reduced Emissions from Deforestation and Degradation (REDD) in the carbon policy world.

By providing REDD guidance, as well as the framework to fold in a large variety of land-use practices under the same standard, VCS has introduced the most comprehensive approach to thorny issues of leakage and permanence in forestry projects. The approach in the voluntary market sets the stage to bring forestry into the international fold. It also demonstrates the work yet to come.

From its founding in 2007, the VCS has been well-positioned to tackle forestry issues.

The standard brought together The Climate Group, the International Emissions Trading Association (IETA), the World Business Council for Sustainable Development (WBCSD) and others interested in bringing some unity to the voluntary markets, which were hampered by the lack of standards. But the VCS also held the promise of becoming a proving ground of sorts, one in which the industry could test out promising market mechanisms in the voluntary space before advocating their adoption in regulated ones. No sector needed more help than forestry.

And yet forestry wasn’t included in the original sectors covered by VCS – for a variety of reasons.

“Permanence issues have been a real stumbling block for these projects,” explains David Antonioli, who started as VCS’s CEO in October.

Permanence is the policy term that considers the risk that credited carbon benefits could reverse. A project’s financing may depend on trees absorbing carbon dioxide for years, but what happens if those trees burn down three years from now? Or if they are illegally logged? Numerous solutions have been proposed to deal with permanence issues in forestry, but none have received wide acceptance.

Toby Janson-Smith, senior director, forest carbon markets, with Conservation International, wanted to tackle the permanence problem again through VCS. If a credible approach to address permanence was developed, Janson-Smith asked, would forestry be considered for VCS? The answer was yes.

“Then, it was about getting the best and brightest minds together,” Janson-Smith says.

Those bright minds met in person, spoke on conference calls and swapped emails and emerged with a concept called the buffer pool that is now enshrined in the new VCS rules as the way to overcome permanence issues in land use projects.

The VCS aims to tackle permanence problems in the land use projects by removing the risk from the project level via a so-called “buffer pool”.

Here’s how it works: Every project that applies to use the VCS standard undergoes a risk assessment, which determines how many credits from the project will be contributed to something called the Pooled Buffer Account. Depending on the risks, a project could contribute anywhere from 10% to 60% of its credits to this account.

The intention is to create fungiblity of credits, explains Janson-Smith. If a project collapses, the buffer account can fill the credit gap. That means a VCS forest credit enjoys a level of insurance, free from the risks of a particular project. That means it can be traded interchangeably with any other VCS credit.

“We call it a means of insurance or self-insurance within the standard,” he says. “It’s just not managed by an external private entity that has ultimate liability.”

The concept has generally been well-received.

“It’s a good first step,” says Leslie Durschinger, founder of Terra Global Capital, a land-use project developer who estimates that roughly 40% of her project pipeline is filled with VCS projects.

“It’s quite innovative,” says Keith Paustian, a soil and crop science professor at Colorado State University who lead the VCS Agricultural Land Management expert group. “There are some distinct advantages to something like that that provides the greater fungiblity.”

But actors recognize that the test of the concept is yet to come.

“I’ll tell you if I like the buffer later,” says Ray Victurine, director of Conservation Finance Program for the Wildlife Conservation Society. “I think it makes sense. But the question really is how large does it need to be? How that gets determined matters.”

Even Janson-Smith admits the real moment for the buffer concept is not outlining how it should work, but seeing how it actually does work. And to do that, there need to be projects.

“The most important thing is to get experience with actual projects and project performance,” says Janson-Smith. “In short order, we’ll have major on-the-ground implementation experience.”

But it isn’t just the VCS guidance that has been holding up REDD projects from getting funded by voluntary buyers. It’s the lack of approved VCS methodologies, the documents that justify credit creation on specific projects. VCS has no approved REDD methodologies as of yet, a fact that is directly impacting the market.

“This is a major blockade,” says Ross MacWhinney, a broker at Evolution Markets.

The stumbling block appears to be a lack of trained methodology reviewers.

One of the more anticipated efforts is being led by Climate Focus, which is developing REDD methodology modules that will be available to all project developers to incorporate into their projects’ designs.

“Each module will deal with a chunk of methodology,” explains Robert O’Sullivan, executive director of Climate Focus North America. “One is for above-ground biomass. Another for leakage (when a reduction in one place is negated by deforestation elsewhere). There is a series of twelve pieces. Any project developer can simply pick and choose.”

Climate Focus will introduce its modules at a side event on December 5th in Poznan and then seek public comment and input. It plans to submit the modules for validation in early 2009.

REDD vs. Land Use

While the REDD community waits for approved VCS methodologies to advance forest protection schemes in the voluntary market, most developers working on other types of land-use projects in the United States appear to be more interested in delivering credits under CCAR.

Why? One reason is simple economics: CCAR credits are trading at a premium above VCS credits generally.

In addition, the very barriers that are restricting VCS at the moment – a dearth of methodologies and trained reviewers – do not exist in CCAR.

“CCAR seems to be more project developer friendly,” says Sean Carney, a broker with Cantor CO2e, “and the likelihood of CCAR to be accepted in future regulatory schemes is tremendous.”

That means the real near-term opportunity for the new VCS rules lies with REDD projects. Once the methodologies start flowing, projects will begin entering the voluntary market. It won’t be long before these REDD credits become candidates for the regulated market.

Indeed the same day that the VCS announced its new rules, California and two other states signed a memorandum of understanding with governors from Indonesia and Brazil to work cooperatively to incorporate REDD credits from projects in those places into the emerging regulatory schemes in America.

It certainly suggests that the wayward son of forest carbon is inching closer to taking its place in the center of the carbon market. But no one seems to think that the journey is close to finished.

“It’s crucial to have a standard everyone feels comfortable about,” says Victurine, “but it’s going to be a learning process anyway. We’re all going to be on a bit of ride.”

Ted Rose consults companies and organizations on carbon offsets and renewable energy credits. He is based in Boulder, Colorado, and can be reached at [email protected].

Climate Change and Forestry: a REDD Primer
Carbon and Avoided Deforestation: the Road to Bali