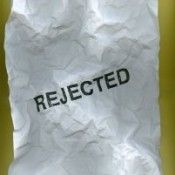 18 May 2015 | Invalidation. It was a word that was mentioned early and often, almost always in a negative context, during the Climate Action Reserve’s (CAR) Navigating the American Carbon World (NACW) conference in Los Angeles last month.

The California Air Resources Board’s (ARB) review and subsequent invalidation of 88,955 ozone-depleting substances (ODS) offsets generated at the Clean Harbors Incineration Facility in El Dorado, Arkansas was for many NACW attendees the major source of disruption in the state’s offset program in 2014. After a lengthy inquiry that began in late May, the ARB proceeded in November with the invalidation of these offsets generated by a project from developer EOS Climate because the facility was out of compliance with its federal operating permit.

The ARB’s decision to invoke the so-called buyers’ liability provisions was blamed for a lack of liquidity in the offsets market. However, Ecosystem Marketplace research shows that ODS projects, despite the cloud cast by the inquiry, still comprised nearly 60% of the compliance offset transactions that reported a project type in 2014, with an average price of $9.7/tCO2e.

Still, project developers and financiers say the lingering uncertainty caused by the invalidation risk is scaring potential participants away from participating in California’s cap-and-trade program, which will ultimately throw the supply of offsets out of balance. The maximum offset demand during the program’s second compliance period (2015-2017) is nearly 92 million offsets – well above the roughly 19.5 million offsets issued by the ARB to date.

But only a limited number of regulated entities are expected to use the full 8% of offsets they are allowed to use to meet their compliance obligations, due largely to the invalidation risk and a lack of available offsets. For example, regulated entities could have used up to 11.6 million offsets to meet their 2013 compliance obligations by November 2014, but only 1.7 million offsets were actually surrendered.

“We’re seeing that firsthand from landowners who are truly interested and want to participate and are willing to take that long-term commitment, but are really nervous about that liability,” said Roger Williams, President of Blue Source, which develops forestry projects.

For participants in the California offsets market, the key issue was not the volume of offsets ultimately invalidated by the ARB, which represented a miniscule percentage of the offsets issued by the regulators.

“The invalidation risk in practice to date has really been very, very small,” said Greg Arnold, Managing Partner of CE2 Capital Partners. “The difficulty is with the construct of the buyers’ liability itself. I understand some of the reasoning behind why it’s been done, but it’s probably a market construct that, hopefully as the ARB gets more comfortable, can be relaxed.”

The main cause for concern is the lack of clarity over where the ARB staff will draw the line on what truly constitutes a violation rising to the level of invalidation. The ARB attempted to provide some clarity in a February guidance document, including by defining the scope of the invalidation with regard to each eligible project type. For forestry projects, for example, the ARB specified that the invalidation provisions would come into play if there were any violations of environmental, health and safety requirements associated with activities within the project area that directly affect carbon stocks. The ARB specified that these activities included planting and harvesting, among others, but not external activities such as transportation of logs to mills. However, the document raised many more questions than it answered for some stakeholders.

“We’re supportive of the invalidation rule,” said Brian Shillinglaw, Associate Director, Investments and Operations, Carbon Investments & Policy for developer New Forests. “We think ARB did the right thing. However, there is an extreme lack of clarity as to the scope of that risk.”

Under the ARB’s current guidelines, for example, an entire reporting period worth of offsets can be invalidated due to a violation lasting only a single day. This creates particular challenges for forestry projects as the majority of the value of offsets derived from those offsets could be generated during the first reporting period, putting the entire project in jeopardy, Williams said.

“We think that’s not necessary and a bit of an overreach and should be corrected,” he said.

While not able to address the specific issues raised by Williams and others, the ARB has committed to providing additional clarity in Frequently Asked Questions documents on this topic as warranted, an ARB spokesman said.

“We are not considering any changes to buyer liability,” he said.

Stakeholders cited the length of the invalidation inquiry as another inherent risk in the process. The Clean Harbors investigation began in late May, with a preliminary decision issued in October and a final decision released the following month.

“It was long and drawn out,” Richardson said. “It didn’t necessarily create the certainty that we wanted. We were all looking forward to seeing what an invalidation event would actually look like. And it provided some clarity, but it also created some additional questions.”

The length of the investigation can be blamed partly on the competing priorities of the ARB staff, which is also tasked with reviewing and issuing offsets for submitted projects, a process that can be excruciatingly slow for developers of early action projects (see story).

Multiple contract structures have developed in response to the buyers’ liability provisions featured in California’s program, including Golden California Carbon Offsets (CCOs) in which the seller bears the risk of replacing an offset with an allowance or replacement offset if the original offset is invalidated. Ecosystem Marketplace’s research shows that Golden CCOs generated a premium price 12-13% higher than the other contract structures, albeit in a small sample size of responses.

Another option is to purchase an insurance policy that indemnifies the owner of the offset for the replacement cost of an invalidated offset, a policy first offered by Parhelion in partnership with CAR.

“We’ve had a very good uptake on this, particularly since Clean Harbors,” Richardson said.

The Canadian province of Quebec – California’s partner in the Western Climate Initiative (WCI) cap-and-trade program – has developed its own method of managing the risk of invalidations for the offsets submitted for compliance in its program. The province sets aside 4% of offsets to cover reversals or invalidations.

“It’s effectively a buffer pool that’s been created, which is a perfectly legitimate way to manage that risk,” Richardson said. “What it does is take some liquidity out of the market by having those offsets tied up in a buffer pool. That is an asset the Quebec government is effectively sitting on. It’s fine, but it’s not the most efficient way to go. I don’t think it would actually draw any more players into the California market.”

In contrast, California’s buffer pool only covers the unintentional reversal of offsets generated by forestry projects in limited circumstances where it is clear that the reversal occurred due to no fault of the developer or landowner, for example, in situations where there is a beetle infestation or forest fire.

The invalidation risk continues to create friction in the development and sales process despite the best efforts to manage it, Arnold said.

“Investing in these projects is a difficult business,” he said. “Those regulatory guidelines give investors pause. It makes it harder to sign up project sponsors. It makes it harder to want to invest because at the end of the day, you really don’t have a clear perception of how many credits you might receive once you’ve made your investment. Until that happens, we’re going to have an offset market that functions like this: it makes progress, but it never fully reaches its potential.”

And there are regulated entities that consider and ultimately reject the opportunity to purchase offsets for compliance due to the invalidation risk, as farming firm JG Boswell decided, because the price differential between Golden CCOs and allowances offered at auction by the ARB is not wide enough to encourage them to take on the invalidation risk.

“We won’t participate in buying offsets until that risk is eliminated,” a company official said at the NACW conference.

“It doesn’t surprise me to hear you say that,” Richardson responded. “We’ve talked to some compliance entities with some pretty substantial obligations and they are saying it’s pretty difficult to get into the offset market.”

As California keeps the door open to additional WCI partners – Ontario recently announced its intention to join California and Quebec’s carbon trading program – stakeholders expressed concern the buyers’ liability provisions could be a barrier to such linkages.

“As other jurisdictions think about joining this program or creating other programs, there’s clearly a point of view that there should be no invalidation risk,” Arnold said. “No buyer liability is really the term and that will help the free flow of capital into the markets and provide more liquidity and really make it easier for this to be a more functional market than it is today.”

Gloria Gonzalez is a News Editor and Program Manager at Ecosystem Marketplace. She can be reached at ggonzalez@ecosystemmarketplace.com.