Indonesia surprised the environmental community earlier this year when its climate action plan shifted away from saving forests and towards ramping up clean energy. But then its forests started burning, and now in Paris there are signs that forests and ecosystem restoration will play a larger role in the country’s climate strategy. 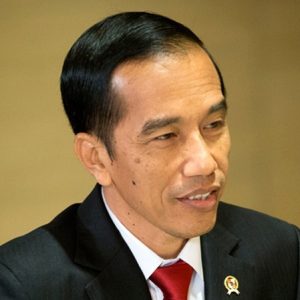 30 November 2015 |PARIS| As he boarded his plane to year-end climate talks here, Indonesian President Joko Widodo told reporters that he will use the 21st Conference of the Parties (COP 21) to the United Nations Framework Convention on Climate Change (UNFCCC) to push for international support to combat deforestation in his country – signaling a possible reversal from September, when the country shocked the environmental community by downgrading the role of forests in its climate action plan.

Last week, a high-ranking official with Indonesia’s Ministry of Environment and Forestry told Ecosystem Marketplace that the country was already re-evaluating its climate plan, or “Intended Nationally-Determined Contribution” (INDC), but that any official revision will not emerge until after the talks here conclude two weeks from now.

“We are assessing whether we need to reevaluate [our INDC], due to recent land and forest fires,” said Sarwono Kusumaatmaja, chair of climate change steering committee, an ad-hoc body set up by the ministry for the Paris climate talks. “[The INDC] is still not completed. If it needs to be reevaluated, then we will do so. If not, then we will provide explanations. But, it will not clear before the aggregation result [from the UNFCCC] announced. If it’s announced, then we will check our standing point again.”

The Shift from Forests to Factories

The current INDC showed a drastic shift from land use change to energy issues as it was predicted that with increasing population, demands would also be rising. The previous commitment had focused primarily on forests and land use, which generate more than 80 percent of Indonesia’s total greenhouse-gas emissions.

Henriette Imelda, a researcher of Institute for Essential Services Reform (IESR), a think tank which monitored the INDC process, said that there was a sense of rush in making the draft and its final document.

“The ministry had just inaugurated its first echelons only a few months before the deadline,” she said. “So, it was pretty much a complicated internal situation at that time.”

But she also argued that the country had more than enough resources to do the job right.

“Bappenas [Indonesia’s development planning agency] already came out with a model that could explain emissions level by 2030 in perfect detail,” she said. “It also included thorough explanations on power generation, transportation, even reducing fossil fuel subsidies. They also put out the baseline, timeframe and financing sources. But, I don’t understand why it didn’t make it into the INDC.”

She added that Indonesia previously enjoyed a positive image in climate-change negotiations as the first developing nation to announce voluntary emission cut targets back in 2009.

“Then, we submitted this plan,” she said. “The image will surely be discarded.”

The INDC has been roundly criticized, both from inside and outside the country.

“It could not even explain how they came up with 29 percent [reduction target],” said Henriette, contrasting her own country’s INDC with that of South Africa, which at least provided rationale for its projections. “Yes, an INDC cannot be hundreds of pages, but at least you refer it to something or gives an official link.”

Sarwono, however, defended INDC, and told Ecosystem Marketplace that it’s not meant to be a stand-alone document.

“It is both a comprehensive and a general document,” she said. “If we want to be specific, then we can include policy briefs on REDD or financial mechanisms, for instance. The INDC was not designed to convey all the specifics. If the President goes to Paris and make a speech [on emissions], it is also and INDC. It’s an open document for review depending on political decision.”

REDD stands for “Reducing Emissions from Deforestation and Degradation”, and is a financing mechanism designed to slow deforestation. The government of Norway has pledged $1 billion to help Indonesia develop a REDD program, but that program has been on ice since the end of last year.

Only a few weeks after the INDC submission, forest fires erupted in Palembang, South Sumatra, followed by Jambi and Riau provinces.

Affected by El Nino, which carries dry weather, thick haze resulted from Sumatran fires begun to spread to neighboring countries, especially Singapore. It did not take long for forest fires to occur in Kalimantan and Papua islands. It took some time for the government to acknowledge that most of those fires were coming from poor land use change management, especially peatlands which are hard to put out once they are on fire.

“Last year, from December to February, the government had implemented programs [to prevent land and forest fires] in Riau and West Kalimantan provinces. The results were visible. However, we missed out other regions as there is the factor of central and regional administrations interaction” said Minister of Environment and Forestry Siti Nurbaya Bakar.

President Jokowi responded with a moratorium on permits for peatland clearing, as well as an injunction against clearing even for those who have a permit.

“While waiting for government regulation [on peatland management], we already gave instructions related to President’s decision, on early November,” said Minister Siti. “It is clear that no more permits on peatlands. It is a total ban. It means that those already obtained permits they are not allowed to do new land clearing. If they already cleared peats, there will be an assessment. If it’s categorized as protected areas, then it will be closed. If it’s categorized for production areas, then they must apply for technology for hydrology.”

Apart from the regulation, she said the government has been pursuing legal actions, applying rehabilitation programs, and considering ecosystem restoration model as part of strategies to prevent land and forest fires.

“We will have to wait for March [which is predicted to be the early dry season] to determine its being a success or a failure to prevent land and forest fires,” she said.

“His statement is very crucial that there will be no more land clearing on peatlands. Not only limited to permit moratorium but also existing permits. It’s a positive move because it will ensure companies not to open peats anymore. Once you open peatlands, it will be difficult to restored and rehabilitated,” said Dharsono.

His company obtained an Ecosystem Restoration Concession license for 108,255 hectares in 2013, around half of its total concession areas located within Katingan and Kotawaringin Timur districts of Central Kalimantan. The Katingan project concentrates on protecting peatlands and is listed as a REDD+ Demonstration Activity.

“We did have hotspots but they were almost gone as we have been working hard for the past nine months, cooperating with villagers to find for alternative livelihoods,” he said. “It’s difficult to avoid slash and burn activity as it has been a long tradition. There must be a change of mind set meaning that there should be alternative livelihood. We can’t just simply say they are forbidden [to land clearing].”

Furthermore, he said that the project established close relationship with 13 villages to look for alternative livelihood, worked with six villages to built canal blocks and managed to form a team of 200 villagers as community fire fighters.

“There are 13 permits granted for ecosystem restoration of which all of their areas were safe from fires,” said Minister Siti. “However, its concept is basically a permit. So, what we will do is trying to justify their success stories with the theory.”

Sarwono underlined that missing details in the INDC would not be much of a problem if Indonesia would be able to show successful efforts, such as REDD projects and other conservation projects, to tackle land and forest fires.

Furthermore, he said that Indonesia will not hide or be defensive on the current massive land and forest fires.

“We will be honest and admit that we have problems and shortcomings in handling those issues. It’s the best [diplomatic] move rather than playing defensive and turn everyone against us,” he added.

The Role of International Finance

The Ministry of Environment and Forestry is also on the clock to set up a financing mechanism to attract donor countries to support the country’s agenda to tackle climate change issues. It’s a role that had previously been handled by the REDD+ Agency, which was created as part of Indonesia’s $1 billion deal with Norway. The agency, however, was absorbed into the Ministry of Environment and Forestry, which was itself formed by merging two previously separate ministries. Before the merger, the REDD+ Agency had formulated a financing mechanism to manage funds for projects on forestry sector related to climate change issues.

Former deputy chair of the REDD+ Agency, Agus Sari said that the financing mechanism, dubbed “FREDDI” for “Fund for REDD Indonesia”, was near completion before the agency being disbanded.

“[FREDDI’s] architecture was already agreed internally [within REDD Agency],” he said. “We only have to revise the [REDD+ Agency] presidential instruction to ensure that the agency can set up a financing institution and manage its own funding.”

FREDDI, which would adopt Funds of Funds characteristic, was established not only for managing Norway’s money but other potential donors for REDD projects.

FREDDI Lives, But With New Name, and New Ministry

However, on the latest development, Minister Siti opted for another acronym for the financial mechanism, “ICCTF Plus”, short for “Indonesian Climate Change Trust Fund Plus”.

“The Plus means to include more NGOs and professionals, not only ministers,” she said.

Furthermore, she said that the trust fund will be under the authority of the Finance Minister authority instead of Bappenas.

Under the Letter of Intention (LoI) with Norway, Indonesia was supposed to finalize its financing institution in 2011, with payments flowing through beginning next year, but the two countries have agreed to extend the deadline until June 2016 to set up financing and MRV agencies before full implementation of REDD+ in 2017.

Meanwhile, Per Pharo, Director of Norway’s International Climate and Forest Initiative (Norad), Indonesia’s counterpart, said that they were still ready to support Indonesia’s effort in reducing emissions from deforestation and forest degradation.

Pharo added that they welcomed Indonesia’s suggestion to set up a financing agency under the authority of ministry of finance.

“It is clear that what Norway’s recommendation on financing mechanism would be that it needs to be internationally reputable institution,” he said. “The suggestion we heard that it will be handled by ministry of finance would certainly meet the criteria.”

So far, he said, Norway had disbursed just US$ 60 million for REDD Readiness.

“Sixty million [dollars] have been disbursed so far, but we can disbursed another US$140 million to support Indonesia’s preparatory efforts on policy measures and institutions,” he said. “The $800 million will be paid when there are results of reducing emissions from deforestation and forest degradation.”

Both Indonesia and Norway have agreed to appoint UNDP as the temporary trustee of the funding before permanent financing mechanism is set.

Fidelis E. Satriastanti is a free-lance writer based in Jakarta and specializing on environmental issues. She can be reached at fidelis.e.satriastanti@gmail.com.