If signed into law by President Dilma, Brazil’s newly-amended forest code will give farmers the right to chop down more trees than they’ve had at any time in the last 50 years.  That might, however, not bring the economic boom many are hoping for, as evidence suggests short-term economic gains will give way to long-term degradation and poverty. 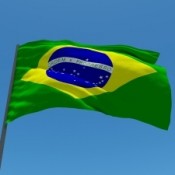 If signed into law by President Dilma, Brazil’s newly-amended forest code will give farmers the right to chop down more trees than they’ve had at any time in the last 50 years.   That might, however, not bring the economic boom many are hoping for, as evidence suggests short-term economic gains will give way to long-term degradation and poverty.

27 April 2012 | Brazil’s agribusiness sector scored an apparent victory this week when the lower house of Congress passed sweeping changes to the Cí³digo Florestal (Forest Code), which for decades restricted the amount of privately-owned rainforest that can be cleared for development.

Indeed, the lower house scaled back protection even more than the upper house had.   The version passed Wednesday leaves it up to states to decide how they deal with Permanent Preservation Areas (PPAs), which established the protection of forest along riverbanks, hills, and meadows – areas prone to erosion and landslides that leave land degraded and rivers full of mud and agricultural fertilizers.

The new code replaces the earlier 1965 Forest Code, which established for the first time the concept of Legal Reserve (RL). It stated that private landowners had to conserve 80% of their forested land if they were in the Amazon region, 35% in the Cerrado region within the Amazonian states, and 20% in other regions of the country.

Supporters of the new law say the current Forest Code has never worked: it has too many loopholes, too many rules and lacks adequate supervision or enforcement. The research, however, calls this into question.

Brazil is the world’s fourth biggest emitter of greenhouse gas (GHG), and 75% of its GHG emissions come from deforestation.   That number is sure to increase under the new forest code – continuing the reversal of a trend identified by Dan Nepstad et all in “
The End of Deforestation in the Brazilian Amazon”.   They found that an average of nearly 20 thousand square kilometers of forests were cleared in the Brazilian Amazon annually from 1996 to 2005, but that deforestation rates plummeted after peaking in 2004. One of the main reasons for this plunge has been the increase of the Amazon Protected Areas from 1.26 to 1.82 million square kilometers, which accounts for 51% of the region’s remaining forests.

The Economic Argument: Fact or Fallacy?

Brazil’s economy is expected to outpace the average among countries belonging to the Organization of Economic Cooperation and Development (OECD), but only if its agriculture sector delivers. Agribusiness employs roughly one-third of the working population, and Brazil is a leading exporter of soybeans, orange juice, sugar, coffee and meat. In 2010, Brazil became the world’s-third largest exporter of agricultural products, behind the United States and European Union.

The more flexible Forest Code is designed to feed that economic beast, but here, again, the evidence is lacking.

Indeed, when Giulio Volpi collected data from deforestation, agricultural surveys and demographic censuses in the Amazon and the Atlantic Forest for a paper called “Climate Mitigation, Deforestation and Human Development in Brazil”, he found that economic benefits and costs from deforestation balanced each other out, leaving the Human Development Index in deforested areas no better or worse than it was before – even though they were environmentally impoverished.

In the long term, this robs the land of ecosystem services, according to Carlos Eduardo Young of the Federal University of Rio de Janeiro (UFRJ).

He contributed to a recent paper entitled “The Contribution of Brazilian Conservation Units to the National Economy”, which examined the economic value of Conservation Units that Brazil established under its obligations as part of the Convention on Biological Diversity (CBD)

The paper showed, among other things, that the cost of treating water soars once the forest is gone – something people in US cities like Denver and New York have also learned.   Both cities are using water fees to pay for forest preservation because of the role that forests play in filtering and regulating water.

Raquel Orejas is a Research Assistant in the Carbon Program of Ecosystem Marketplace.Ã‚Â  She can be reached at [email protected] or +1 (202) 446-1990.