The front lines of environmental defense are many, and most of them aren’t manned by protesters and khaki-clad revolutionaries.  Today, the battle is being waged by an interdisciplinary phalanx of foresters, botanists, lawyers and economists who aim to make sure the laws of man recognize both the laws of nature and the laws of supply and demand.  They do, however, wear khaki. 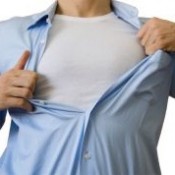 The front lines of environmental defense are many, and most of them aren’t manned by protesters and khaki-clad revolutionaries.   Today, the battle is being waged by an interdisciplinary phalanx of foresters, botanists, lawyers and economists who aim to make sure the laws of man recognize both the laws of nature and the laws of supply and demand.   They do, however, wear khaki.

12 November 2010 | This could be the last stand for the forests of San Martin.

This region in the Peruvian Andes, with its grasslands above and tropical forests below, is home to several species of endangered monkey and bird and is a vital source of water for downstream communities.

It’s also infamous for having the highest historical rates of deforestation in Peru.

That’s because its natural assets have proven no match for the cash that mining, logging and farming for coca-cocaine generate.   The forest’s only serious holdout has been the vast tracts of ruggedly inaccessible wilderness which rest high upon the eastern slopes of the Andes.

Now the Southern Interoceanic Highway that already stretches from the Brazilian Amazon to the coast of Peru is slated to cut through this mountainous terrain, and a face-off is expected when the usual suspects – squatters, miners, and drug cartels – wrestle to take advantage of their new-found access as government officials, native groups and conservationists work to preserve the land.

But this time, if conservationists move fast enough, they could save the forests by turning their preservation into a money-maker.

“We need to get financing in place before roads go through,” says Jacob Olander, who runs the Katoomba Incubator and also belongs to the new Katoomba Rapid Response Team (RRT).

The RRT was set up to help local people around the world harness financing schemes that reward them for preserving natural resources.   Olander’s mission in San Martin is to help the government design a new forestry law that uses payments for ecosystem services (PES) to place a dollar value on forest preservation that exceeds the value that squatters, miners and others gain through forest destruction.

“This is a just-in-time opportunity,” Olander says from his home office in Quito, Ecuador.

The Katoomba Group, launched in 1999, is an international network of individuals and organizations (including Ecosystem Marketplace) working to preserve nature by exploring ways of embedding the value of nature’s services in our economic system.

The RRT is its latest tactic, says Sissel Waage, the RRT’s senior coordinator, from her home office in San Francisco.

It mobilizes an international set of experts on PES projects, laws and policies to help governments, businesses, practioners, and local citizens break through bottlenecks and access new and emerging ecosystem markets.

Forests, for example, inhale the global-warming-causing carbon that cars, fossil-fueled power plants and even cow dung exhale. Communities and nations across the world are working to create carbon-trading mechanisms that allow them to cash in on their forests’ carbon-absorbing benefits by selling their forests’ carbon-absorption credits to carbon-emitting companies required to reduce their carbon footprints.

From a scientific, economic and political perspective, REDD is a very complicated business that ratcheted up demand for the Rapid Response Team because many governments with critical and intact forest are now pursuing national or subnational level policies for REDD, often without the necessary tools, time and capacity.

The Need for Expertise

For starters, experts need to determine how much carbon a particular forest absorbs.   This differs depending on climate, density and a host of other contingencies.   They must determine how many carbon credits the preservation of any particular forest can demand on what is now a voluntary carbon market. They must ensure that preserving one forest does not lead to the cutting down of another. They must establish accurate methods to collect, manage, monitor and report data.   And companies required to reduce their carbon-emitting footprints must determine how many credits they need to buy and what they are worth.

Perhaps most important, experts must assess whether an intact forest deserves carbon credits.   If it was not threatened, preserving it does not add carbon absorption to the atmosphere.

When, as in the case of San Martin, the forest’s destruction is clearly imminent, assigning carbon credits that can be sold to carbon-emitting companies can finance the forest’s preservation.

Many project directors and government officials are not well equipped to tie together all the essential knots required to earn carbon credits for forest preservation.   And loggers, squatters and gangs will not wait around for them to figure it out.

Hence, the “rapid” part of the Rapid Response Team. To these stakeholders the Katoomba Group offers a group of expert consultants that provide time-sensitive advice on policies related to environmental markets and payments for ecosystem services.

“The bottom line as conservationists is that we need to demonstrate the value of nature for the economy or else we will lose it,” says Marta Echavarria, Olander’s wife and a founding member of the Rapid Response Team.

How to find the RRT

Echavarria chairs the Tropical American Katoomba Group steering committee and works as a consultant for the Rapid Response Team.   The Team’s initiative, she said, began informally in 2005 functioning in an ad hoc, sporadic fashion to enable policy makers from around the world to receive fast, focused advice on how to participate in emerging ecosystem markets and design effective plans and legislation that yield payments for ecosystem services. But the Team’s services spread largely through word of mouth.

Thanks to a grant from the San Francisco-based Gordon and Betty Moore Foundation, the United Nations Development Program Global Environmental Facility and other groups and foundations, the Rapid Response Team launched a new website last month.   It includes an online application for local, regional, or national level governments to apply for support.

In addition to describing the policy initiative in question, the online application requires governments to provide a social profile and ecological inventory of the stakeholders and ecosystems potentially affected. This information informs the RRT’s decision on whether to engage, and enables the Katoomba Group to track its impacts.

International experts in the field of PES can also apply online to participate on the Rapid Response Team. The website introduces the Katoomba Group’s services to a wider network, Echavarria says.   It solicits and responds to requests for help in a more formalized yet accessible way.. In deciding who qualifies for the RRT’s response, the importance of the ecosystem is more important than the size of the government requesting help, she adds.

In Peru, the Rapid Response Team contracted with Lucio Pedroni, the chief executive officer of Carbon Decisions International, who is considered one of the world’s leading experts on REDD.   As a Rapid Response Team member, Pedroni provides direct support designing a REDD strategy to Peru’s Ministry of the Environment. He is helping them design what is known as a “nested approach” to create institutional arrangements that enable communities, NGOs and private investors to work within this nation’s forest-emissions accounting to preserve hot spots in areas such as San Martin that would otherwise be ripe for deforestation.

Meanwhile, the Katoomba Incubator that supports innovative ecosystem service projects in Latin America and Africa is working with the private, nonprofit group called Amazonicos por la Amazonia, loosely translated as For Amazon by Amazon or AMPA, to develop a forest-carbon policy, region-wide baseline and accounting framework.   AMPA has a concession over a 145,000 hector forest on foothills of the Amazon prized for its biological diversity and architectural ruins.

“We’re looking for game-changing partnerships that, by a relatively small infusion of policy advisors and engagement, enable us to help craft a demonstration of how to write policy to support REDD and other environmental markets,” Sissel says.

In addition to their work in Peru, the Rapid Response Team forged partnerships in Ecuador and Brazil, nations with high levels of forest cover and pressure for forest exploitation. In Ecuador, the Team brought in experts from the Environmental Law Center of the International Union for Conservation of Nature, and RISAS, a Quito, Ecuador-based PES network for an open forum and closed-door meeting with Ecuador’s Ministry of Environment on how to use payments for ecosystem services and carbon trading to foster forest preservation.

It provided support for government officials in Acre, Brazil in the southwest Amazon, on draft guidelines for a program introducing incentives for environmental services and carbon projects.   And they helped organize a conference in April 2009 that brought together 1,400 people including numerous governors from Brazil Peru, Bolivia as well as local representatives, producers, indigenous people, family farmers and scholars that resulted in a declaration petitioning the Brazilian federal government to reverse its opposition to REDD and involve more stakeholders to create a climate-change policy.

The challenge for preserving forests throughout the world is to place a dollar value on the services these natural ecosystems provide.   But with forests disappearing at a rate of 36 football fields per minute, according to a World Wildlife Fund report, the Rapid Response Team and other PES providers will have to move fast.

“I’ve been working 25 years on conservation in Peru,” Olander says.   “The big missing piece has been something that fundamentally shifts the economics and dynamics.”

Alice Kenny is a prize-winning science writer and a regular contributor to Ecosystem Marketplace. She may be reached at [email protected]