When researchers from two separate institutions measured carbon emissions from deforestation using different techniques, they came to the same number: 3.0 gigatons per year from 2000 through 2005.  This could help end a long-standing debate and give policymakers the clear benchmark they need for establishing future targets. 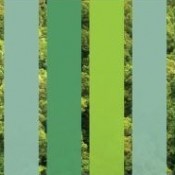 When researchers from two separate institutions measured carbon emissions from deforestation using different techniques, they came to the same number: 3.0 gigatons per year from 2000 through 2005. This could help end a long-standing debate and give policymakers the clear benchmark they need for establishing future targets.

22 January 2013 | In order for the United Nations to achieve its goal of reducing carbon emissions from tropical deforestation by 50% between now and 2020, they have to know the amount of emissions that is currently caused by destroying tropical forests. Now they do: it’s roughly three gigatons per year, or at least was from 2000-2005. And they know that with surprising certainty, according to a synthesis of separate findings from Winrock International and the Woods Hole Research Center. A policy brief, Progress Towards a Consensus on Carbon Emissions From Tropical Deforestation was first published at global climate talks last month and shows that, despite initial differences, the data on gross carbon dioxide emissions from tropical deforestation was consistent. Gross carbon emissions accounts for the amount of carbon emitted from a deforested area but doesn’t account for carbon stored in any new vegetation planted on that land.

By achieving this scientific consensus, researchers have given policymakers an unbiased, historic benchmark to use in discussing agreement on a target of reducing emissions from gross tropical deforestation to below 1.5 Gt of carbon per year, the joint analysis reads.

The two studies initially had very different results. After analyzing their findings together, they found the Woods Hole group was measuring emissions on a broad perspective that included forest degradation and was over a longer period of time. Woods Hole’s original amount of emissions from deforestation was much higher at 8.1 Gt. But after excluding degradation and aligning their timeframes, the separate studies came to the same conclusion despite differences in data sets, methodologies and models.

They were unable to come to a consensus on forest degradation as well as emissions from peat and mineral soils. Participants agreed that properly measuring degradation was much more difficult than measuring deforestation, although with the right data and tools, scientists involved in the study believe it very feasible.

“Both studies offer insights into different ways to measure tropical deforestation,” says lead author Alessandro Baccini, an Assistant Scientist at WHRC. “The fact that we were able to reconcile these different studies across very different sets of data and methodologies should provide reassurance to policymakers that they can act with science on their side.”

Analyses like these are part of a movement toward accurate measurements and away from reliance on countries’ self-reported data through forestry services assessments which is unreliable and varying. “We’re reducing the uncertainty with these new measurements,” says Daniel Zarin, Director of Programs at the Climate and Land Use Alliance, which helped initiate the joint analyses.

The study will also provide NGOs, scientists and national governments with the technology and infrastructure investments they will need to measure and evaluate deforestation. Both organizations are hoping the analysis will force policymakers to act, especially in the REDD+ negotiations.

In terms of REDD+, Heike Schroeder, a senior lecturer on climate change and international development at the University of East Anglia says there needs to be a focus on the root causes of deforestation. The threat agriculture poses to forests, for example, is secondary to the immediate need to secure a food supply to the globe’s growing population. For REDD+ to be successful, synergies between forests and sectors like agriculture and energy need to be created.

“We need to address both carbon and human livelihood objectives when addressing REDD+,” says Schroeder.

Schroeder sees a growing trend towards an overall landscape sector rather than purely a forestry sector. Greater engagement with these competing interests can help provide sustainable practices and alternative livelihoods that will avoid leakage from REDD projects. Initiatives like Climate Smart Agriculture appear to be successful approaches to climate-friendly farming.

And with this benchmark of 3 Gt, REDD and other deforestation strategies now have a concrete target they can aim for. Zarin of the Climate and Land Use Alliance believes cutting this number in half by 2020 is not only doable but can be done by 2015. The international community, he says, should be aiming to reduce emissions from deforestation by 75% by 2020.

Even with this new objective in the forestry sector, Zarin says the real target we should be striving for is to keep 80% of fossil fuels in the ground and thus preventing Earth’s temperature from rising 2 degrees.