REDD+ funds are limited, but agricultural finance pools are quite large. This week’s Katoomba Meeting in Brazil will focus on ways of integrating these pools of finance to help get more money flowing into sustainable agriculture that conserves forests. 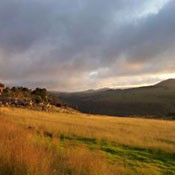 This should be good news for forests and forest carbon because agriculture is the biggest driver of deforestation. If buyers demand deforestation-free agricultural commodities, then supply chains – including those of producers – will need to keep forests standing in order to sell their products. Right?

Well, yes. But there are real impediments to moving commodity production and supply chains overall from extensive, forest-clearing practices to sustainable, forest-conserving production and processing.

First, while these companies are large and draw their supplies from around the world, they represent only a portion of buyers; so suppliers who deforest will very likely still have a market for their goods.

Second, price premiums and other financial incentives for sustainable production are often negligible if and when they exist. Indeed, after years of decline, deforestation in Brazil surged 28% last year – a failure that the Earth Innovation Institute largely attributes to farmers not yet receiving positive incentives for reducing deforestation.

Third, the barriers to producing sustainably are substantial and include higher costs of production – e.g., higher capital costs and/or recurring expenses – and the traditional financing barriers in the agricultural sector such as difficulties in accessing credit. In addition, the opportunity costs of leaving forests standing can be quite high.

So not only do we need commitments from buyers to source sustainably (important!) but we also need to overcome substantial barriers to sustainable production (also very important!).

REDD (Reduced Emissions from Deforestation and forest Degradation) finance was conceived as a way to help countries and people (e.g., farmers, forest landowners, etc.) reduce their deforestation by covering at least some of the opportunity costs of leaving forests standing. Many REDD and other forest conservation projects are underway around the globe, and together, voluntary forest carbon projects have conserved an area larger than all of the forests of the Democratic Republic of Congo, according to the most recent State of Forest Carbon Markets report. A few larger-scale agreements to achieve forest conservation have also been made, including a $25 million deal for REDD between the Brazilian state of Acre and the German development bank, KfW, as well as a ( $63 million performance-based payments program that Costa Rica will be able to access through the Forest Carbon Partnership Facility.

But the amount of capital deployed through REDD is just a small percentage of what is needed. Reducing Emissions from Deforestation and forest Degradation by 50 percent will require between $17 and $33 billion per year, according to “Climate Change: Financing Global Forests” (known as the “Eliasch Review”), but only $4.5 billion was deployed for REDD+ through 2012, according to the REDD+ Partnership Database, and the forest carbon markets’ value was estimated at USD 216 million in 2012, according to “State of the Forest Carbon Markets 2013”.

REDD finance has not yet reached a scale nearly large enough to pay for the opportunity costs of leaving forests standing around the world.

In contrast, financial flows to the agriculture sector are quite large: average annual investment by domestic private sector actors (i.e., farmers) into just a portion of low- and middle-income countries (76 countries) is $168 billion, according to a 2012 report from the UN’s Food and Agriculture Organization (FAO) entitled “Who invests in agriculture and how much?”. An earlier FAO report pegged government expenditures on agriculture in a subsection of these countries (54 countries) at $160 billion. These figures are much closer to the estimated $209 billion annual investment in agriculture that the United Nations Environment Program (UNEP) says is required to meet projected demand in 2050 and represents substantial pools of capital that can potentially be unlocked to support sustainable production and supply chains.

And the agriculture sector is already making some progress in reducing deforestation in supply chains. The global commodity roundtables and other certification schemes include standards and criteria that:

These standards also include guidelines on the application of best agricultural practices, social, financial, legal and transparency criteria for certification.

So far, 3.32% of sugar and 14% of palm oil worldwide are certified by Bonsucro and RSPO according to their respective web sites. Other important efforts include a commitment in 2009 by the four largest meatpackers in Brazil to eliminate deforestation from their supply chains, as well as the recent McDonald’s announcement in January that it will begin purchasing verified sustainable beef in 2016.

In our recent report “Bridging Financing Gaps for Low Emissions Rural Development through Integrated Finance Strategies“, we explore ways that agricultural finance can be realigned and integrated with REDD or climate finance to further incentivize and reward sustainable production, including a case study on Colombian agricultural finance.

This is a key moment in which agricultural sectors are increasingly motivated to enhance their security of supply, resiliency to climate change and productivity as they decrease business and/or reputational risks (including from negative environmental impacts like deforestation). In particular, there is great potential to tap large pools of public agricultural finance to support sustainable agricultural production that also conserves forests.

This finance can address the barriers to sustainable production and, if access to such finance is contingent upon preserving and/or increasing extant forests, it may also indirectly address the opportunity costs of standing forests.

There is a large opportunity to channel finance towards sustainable, forest-conserving supply chains. However, important caveats must be understood.

First, it is important to acknowledge that forest conservation (including its critical biodiversity) may at times be in direct conflict with increased agricultural productivity. In these cases, conservation finance is needed to support such protection, conservation and restoration of forests or other ecosystems. Second, financing must be accompanied by technical assistance, demonstrations of desired practices and viable economic or financial models, and the strengthening of supply chains so investments in sustainable production have the desired productivity and emissions-reductions outcomes. Third, commodity markets – including domestic markets – must increase demand (and ideally, incentives) for deforestation-free products; otherwise, attractive financial products are very unlikely to have a large impact on sustainable production.

And finally, there will be continued investment into – and economic activity around – clearing forests or destroying other ecosystems (e.g., peat bogs) to plant crops and raise livestock. So complementary approaches to realigned finance are also very much needed, such as a national framework for REDD+ that includes regulation, strict forest protection, fire prevention and other mechanisms such as Payments for Ecosystem Services to farmers and/or government-to-government payments for performance for meeting national targets for REDD+ (which could provide funds to support all of these approaches).

It is through this holistic, multi-pronged approach that deforestation must be combatted. While not the only solution, integrated and aligned finance can greatly facilitate a transition to sustainable supply chains and rural development.

Sarah Lowery is Project Manager of Forest Trends’ Public Private Co-Finance Initiative. She can be reached at [email protected]

This is the fourth in an ongoing series of articles developed in support of this yearÃ¢â‚¬â„¢s two Katoomba Meetings, both of which are taking place in Latin America. The first meeting will take place on March 19 and 20 at IguazÃƒÂº Falls, on the border of Brazil and Argentina, under the banner Ã¢â‚¬Å“Scaling Up Sustainable Commodity Supply ChainsÃ¢â‚¬Â.

The second meeting will take place in Lima, Peru, over four days Ã¢â‚¬â€œ beginning on Earth Day, April 22 through the 25th Ã¢â‚¬â€œ and its working motto is Ã¢â‚¬Å“Climate, Forests, Water, and People: A Vision for Alignment in Tropical America“.