The United Nations and World Bank are spearheading efforts to help developing countries get ready for REDD, but many countries across Latin America are tapping a combination of World Bank donors and independent carbon standards to make sure they’re ready for REDD when it arrives. Costa Rica and Chile are among the most advanced. Here’s a look. 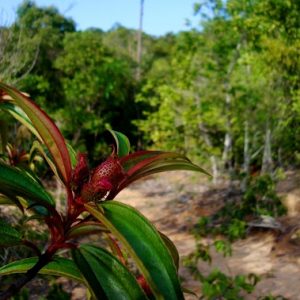 The United Nations and World Bank are spearheading efforts to help developing countries get ready for REDD, but many countries across Latin America are tapping a combination of World Bank donors and independent carbon standards to make sure they’re ready for REDD when it arrives. Costa Rica and Chile are among the most advanced. Here’s a look.

28 January 2013 | Both Costa Rica and Chile suffer from high rates of deforestation, which means both can earn carbon credits by saving their rainforest and reducing emissions from deforestation and forest degradation (REDD). For that to happen in a way that is recognized under the United Nations Framework Convention on Climate Change (UNFCCC), however, the countries must first develop national accounting procedures to keep track of their forests and monitor the activities designed to save them.

Even if they do, a global agreement under the UNFCCC is years away and does nothing to combat deforestation now. So, the countries have begun developing REDD programs today that can be absorbed into the national accounting systems that eventually emerge. It’s a procedure called nesting, and it’s being practiced around the world – from Peru to Vietnam.

Costa Rica and Chile, however, have signed formal agreements with the Verified Carbon Standard (VCS) to develop their nesting strategies – becoming the first countries to formally involve an independent standard in the development of their REDD strategies. In addition, both countries are using their established forest conservation schemes as their starting point, giving them the credibility they need to attract both external investors and local participants. By taking these steps, they are broadening Latin America’s efforts to supply forest carbon credits and testing nesting procedures that others can learn from and emulate.

Chile’s National Forestry Corporation (CONAF) of the Ministry of Agriculture signed its agreement with VCS on November 2012, becoming the first national government to formally partner with an international carbon standard to address forest-related emissions at a national level. Months after, Costa Rica’s National Fund for Forest Finance (FONAFIFO) followed, signing on to a similar nesting-focused agreement to help the country reach its goal of carbon neutrality by 2021. Each country also has agreements with the World Bank’s Partnership for Market Readiness (PMR) and Forest Carbon Partnership Facility (FCPF).

This past year, Costa Rica became the first country to receive approval to access performance-based payments through the Carbon Fund under the FCPF. As part of Costa Rica’s Carbon Fund proposal, they are projecting emission-reductions close to 29.5 million tons of carbon dioxide (MtCO2) by the year 2020. Approximately half of these emissions (12.6 MtCO2) would be offered to the Carbon Fund, while the remaining would be put forward to other compliance market buyers, including through the Clean Development Mechanism (CDM).

At the same time, Costa Rica is expecting to generate an additional 30.4 MtCO2 for the voluntary market – of which only 2 MtCO2 can be sold domestically. For the program to succeed, any credits generated have to appeal to international buyers, and that’s where the formal engagement with VCS comes in, according to FONAFIFO REDD Strategy Director Alexandra Saenz Faerron.

“We knew that our program needed to have a seal of quality and recognition and that VCS was an accepted international standard,” she says.

Chile, meanwhile, is working with the PMR to develop a national emissions trading scheme (ETS). The project is being directed under the Ministry of Energy, which oversees Chile’s greatest emitting sector; however, CONAF sits on the steering committee and is advocating for the inclusion of the forest sector in early actions/assessments under this ETS effort.

“Chile is using the international trends seen in REDD+, NAMAs and CDM to formulate an adequate, national forest and climate change strategy, taking into consideration the local situation of the forests and soils feasible to forest that the country has, owing to the national voluntary commitment to reduce at least 20% of the emissions projected to the year 2020,” says  Angelo Sartori, CONAF’s Chief Technical Secretariat for Forest Management and National Coordinator of Forest and Climate Change.

Domestic demand is limited by the countries’ size and the fact that both are developing countries – or “non-Annex I” under the UNFCCC – which means neither is obligated to reduce emissions. Additional demand, however, may come from positioning REDD as a “Nationally-Appropriate Mitigation Activity” (NAMA).

Sartori says Chile is working with Switzerland in a forestry NAMA – beginning with a study on current and potential demand at both the domestic and international level, among other initiatives.

Costa Rica, meanwhile, plans on tapping into the regulated market as a supplier in the near-term with the recent registration of their reforestation project, CoopeAgri, under the UNFCCC’s CDM. German Obando, a consultant for FONAFIFO, also says early stage discussions are being raised within FONAFIFO about establishing a regulatory framework at the national level in the long-term.

Representatives from both countries’ project proponents state they have contemplated pursuing social and environmental standards, which provide a value-add to carbon credits, but they are anticipating reaching that area in a later stage. In Chile’s case, Sartori says, “First we’ll put our strategy to use and then we’ll start adding on these different themes to bring more potential to the country in terms of the credits.”

Both countries are REDD countries under the FCPF and are following the FCPF’s social safeguards requirements already; therefore, both Chile’s Sartori and Costa Rica’s Saenz state they hope that will facilitate transitioning into a social and environmental standard, such as the Climate, Community and Biodiversity Standard.

Where they stand now

In Chile, the diffusion phase of their national forest and climate change strategy, inclusive of REDD+ concepts, with all types of stakeholders is well on its way, according to Sartori. The country is “spinning” the initiative as voluntary and complementary to the subsidies CONAF grants to property owners for sustainable forest management and reforestation. In this manner, property owners are already involved in forest-related initiatives and may opt to “add-on” carbon credit generation.

It is clear that both countries have similar ambitions to reduce their forest-related emissions using their country-specific resources – whether that is a ten-year PES program or a new market analysis. With their recent VCS partnership, we’ll have to see how these agreements factor into the trajectory of each country’s forest carbon initiatives.

Selene Castillo is the Carbon Markets Program Research Assistant at Ecosystem Marketplace. She can be reached at [email protected]