The amount of  Shari’ah-compliant assets grew by nearly 30% over the past year, but no one really knows how much of that has gone to green sustainability investments.  Ecosystem Marketplace examines the role that  Islamic finance could provide in supplying  payments for ecosystems services.
. 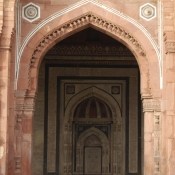 The amount of   Shari’ah-compliant assets grew by nearly 30% over the past year, but no one really knows how much of that has gone to green sustainability investments.   Ecosystem Marketplace examines the role that   Islamic finance could provide in supplying   payments for ecosystems services.

23 March 2010 | Just imagine a scenario where a Islamic Indonesian investment vehicle investing in a forest carbon project in Java on land managed by the local community through the Indonesian public forestry agency, Perhutani, could invest in afforestation, reforestation, and revegetation (ARR) activities. This could promote ecosystem restoration for profit with local control on Java where according to the latest estimates only 10,000 hectares of rainforest remain.

The local Javanese community could generate equity in their own forest carbon work, realizing with their own eyes that their hard work earns them money in a culturally appropriate manner while improving the local ecosystem services that a native forest restoration project offers. What if a small percentage of the $822 billion worldwide Islamic-compliant global financial assets tracked by the Economist began investing in local ARR forest carbon projects with local equity? The impact could be tremendous, and this could easily be started working with the multitude of effective on the ground counterparties in Java for example with funding from the broader sustainability community.

By applying the Islamic finance concept of Zakat, which refers to “sharing of wealth” and “purification and growth”, it is possible to integrate sustainable economic development with culturally appropriate finance and governance structures within the growing nascent forestry carbon offset asset markets. In this way, local communities could invest in and receive equity in locally developed forest carbon offset assets within a culturally sensitive Islamic framework.

Considering the importance of Zakat in Islamic economic and social interactions, the question of proper methods to purify income is near Muslim economists’ and investors’ consciousness alike. Many Islamic thinkers from different scientific disciplines are exploring ways of utilizing Zakat money to better serve local communities and their livelihoods.

In this case, Islamic traditions require the investor who has a timber concession (colloquially “in his garden”) to give out Zakat on the day of cultivating the “fruits of the garden” (Zakat zerooa). Two scenarios apply here.

In other words, the income generated by Zakat either from both / either sustainable timber harvesting and the sale of forest carbon offsets from the same property could go into a Local Community Fund (LCF).   This Local Community Fund managed by local stakeholders, in turn finances sustainable local activities. These activities could be in the small and medium green enterprises and green job training sectors, so as to support local sustainability initiatives (download xx, right, for a schematic).

This Local Community Fund could pay for education, public health, green enterprises, and job training all resulting in local jobs including co-management of the forest and its forest carbon offset assets. It could be a virtuous circle that could be Islamic compliant allowing Indonesian and Malaysian pension funds, corporations, banks, and local communities to invest in, receive equity in, and be employed engaging in developing local carbon offsets and climate change mitigation and adaptation activities – all locally based in Java. As the forest carbon offset market grows, local Muslim communities could gain access to the global Islamic capital markets and engage in offset project development, restoring their degraded lands with native forest species allowing for agroforestry and other income generating potential.

This case study comes from technical advisory work conducted in 2006 on a forest protection project in Malaysia, and explored in detail in Mahmoud El-Gamal’s book Islamic Finance: Law, Economics, and Practice. In 2007, the overall project resulted in formally gazetting and protecting over 117,000 hectares of rainforest within the Belum-Temengor Forest Complex (BTFC) as the Royal Belum State Park.

The following financial model was not used in the final forest project efforts. Rather the model developed in Malaysia with Malaysian guidance was presented to the Malaysian government by Malaysians in 2006 and was well received and used as a discussion framework from which local institutions could discuss sustainable finance within a culturally appropriate financial framework. At the time the financing model was developed, the BTFC was outside of the national protected area system within Malaysia.

The model below explains how it could be possible to develop a Sukuk conservation finance bond that would be available for Malaysian institutional investors to invest so as to support local sustainable financial activities with Islamic law.

The BTFC is a unique site of biodiversity because it provides wildlife corridors between high priority conservation areas within peninsular Malaysia. The forest also contains an Environmentally Sensitive Area (ESA) Rank 1 under Malaysia’s National Plan (NPP). This forest is over 130 million years old, older than the rainforests in the Congo and the Amazon, and subsequently is much more complex in its diversity of flora and fauna.

The forest contains an ecosystem which supports over 100 species of mammals, 274 species of birds and 3,000 species of flowering plants. 13 globally threatened and 14 near-threatened mammals live in the boundaries of the proposed park include the Sumatran Rhinoceros, Asian Elephant, Malayan Tiger and Malayan Tapir. The forest is also recognized as an Important Bird Area (IBA) and is home of the threatened plain-pouched Hornbill.   The area is also home of the Rafflesia, the largest flower in the world, and Cyads, the one of the oldest plants on Earth. Many indigenous people including those from the Jahai and Temiar tribes, who are an important part of Malaysia’s natural heritage, live in the forest.

The forest also is a major source of electricity and water for northern peninsular Malaysia. The forest contains Temengor Lake, which is a major catchment area for major rivers in the States of Perak, Kelantan and Pahang. The Temengor Lake dam is a major generator of electricity and the Temengor Lake is a critical source of water for downstream consumers. Finally, by protecting the BTFC including the Royal Belum State Park within its boundaries, Malaysia had a unique opportunity to create a Trans-Boundary Park including the Hala-Bala Wildlife Sanctuary and the Bang Lang National Park in Thailand.

Originally, the BTFC contained the existing Royal Belum State Park which was formed in 2003, production forest reserves which includes land currently under short-term contracts and long-term contracts to logging companies, previously logged land, protection forest above 1,000 meters in elevation, and the East-West Highway Corridor Land proposed for an Acacia plantation.

It was realized that what the public sector needed was a method to find the transition from logged forest to protected forest. It was thought that public financing might work in this situation since the goal was to assist the Government of Malaysia with protecting their forests while replacing income streams from lost revenue and taxes. Many public financing options that could have been used to protect the BTFC were reviewed. The following public finance options were reviewed:
It was realized that the goal of using public sector finance in Malaysia at the state level to fund the creation of the BTFC was to create a win-win scenario by addressing the objectives and issues of the various stakeholders involved such as Malaysia’s citizens, federal government, the Perak State Government, the State of Perak logging industry and environmental NGOs.

Funding protection for the BTFC through a public finance mechanism meant stakeholder issues had to be addressed in the following manner within a Islamic compliant framework:

The Perak State Parks Corporation, a state owned enterprise which currently manages the Royal Belum State Park (“PSPC” or “Issuer”) could access the Malaysian domestic bond market to raise funds to fund the protection of the BTFC. PSPC’s formation documents could include a reference to allow this type of funding. PSPC is controlled by the Perak State Development Corporation. Malaysia’s government could act as Guarantor of the issue which will provide a form of sovereign credit enhancement. PSPC could mandate a local Malaysian financial institution such as AmMerchant Bank Berhad to act as underwriter of a public sector. In order to maximize investor interest and liquidity, an Islamic finance instrument could be structured and sold to Malaysian institutional investors such as pension funds, unit trusts, insurance companies, asset managers, and commercial banks (Download xx, right for a schematic of the bond corporation framework).

Funds raised by bond revenue could be used for to pay off:

Primary source of bond repayment could be PES generated by:
In real Islamic finance, we have two paths – one is to invest and share in the profits and losses or two make a loan and get what you put into the loan. To further analyze these themes we invite other authors who with more experience to further this concept along so as to explore the possibilities of a Sukuk conservation bond.

The Islamic public finance sector could use payments for ecosystem services including Zakat to fund sustainable economic development within current market models such as the globally developing forestry carbon markets. As this is a concept note, we invite other authors to comment on the feasibility of these two concepts.

Khaled Hassouna, Ph.D., is a research associate at Virginia Technical University, and Gabriel Thoumi is a carbon specialist with Forest Carbon Offsets, LLC, as well as a Lecturer at Ross School of Business, University of Michigan.