Climate-Change delegates from around the world spent last week refining negotiating text that is now being handed up to ministers and other high-level negotiators, and Monday’s session focused on schemes that reduce emissions from deforestation and forest degradation.  Gus Silva-Chavez from the Environmental Defense Fund filed this analysis. 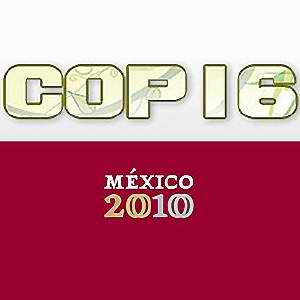 Climate-Change delegates from around the world spent last week refining negotiating text that is now being handed up to ministers and other high-level negotiators, and Monday’s session focused on schemes that reduce emissions from deforestation and forest degradation.  Gus Silva-Chavez from the Environmental Defense Fund filed this analysis.

NOTE: This story originally appeared on the EDF Blog, and is reprinted by permission.  If you wish to share the content, please reference the original. Thank You.

7 December 2010 | CANCUN | Monday marked the start of the second week of the U.N. climate conference in Cancºn, and also the first day of negotiations on Reducing Emissions from Deforestation and Forest Degradation (REDD+). Environment ministers meeting about REDD+ in Cancºn this week are expected to focus on four main issues, and with enough political will, a decision on REDD+ is on the horizon.REDD+, as we mentioned in our post on Cancºn policy issues to watch, is one of the most developed areas of text in the United Nations Framework Convention on Climate Change (UNFCCC), and going into Cancºn, REDD+ was considered among the areas most likely to see progress there.

Understandably, I’ve had a number of people ask why it took a full week (of the two-week-long talks) to actually start negotiations on REDD+. That’s a fair question, and the result of a few circumstances.

In every session, to advance negotiations the Chair of the REDD+ negotiations is authorized to assemble a “balanced text” based on countries’ views, previous negotiating texts, and consultations with countries. Countries then can accept or reject this as the starting point for negotiations. One country (Bolivia) was not accepting the initial version of the text, and since the UNFCCC operates on a consensus-basis, the negotiations could not move forward.

Over the weekend a new negotiating text was released, and in this one the Chair had included for discussion some provisions Bolivia had been pushing for. Bolivia agreed to accept the text, and now the REDD+ negotiations are underway.

The good news is that REDD+ has been such a prominent issue in the negotiations that, unlike other issues, REDD+ negotiations are very advanced, so a slight delay isn’t a serious setback. The REDD+ text is practically complete — it has all the basic elements for a good REDD+ policies that will work, and very little of the text it is “bracketed,” or still under discussion.

What’s up next for REDD+ negotiations

Now it’s up to the environment ministers in Cancíºn to make decisions on the final parts of the text. Based on my discussions with negotiators, there are four major issues left to discuss in the REDD+ text:

There is widespread agreement on the basic core elements on REDD+, and with only these four issues still left unresolved, the stage is set for a REDD+ decision to come out of Cancºn.

Beyond REDD+, countries in Cancºn (including the United States) are looking for a “balanced” decision – meaning additional decisions in other areas of the global treaty like finance; measurement, reporting and verification (MRV); and land-use and forestry (read more in our Policies to Watch post).

So, now it’s up to the ministers here this week to make these final decisions — and the earlier, the better. The sooner they can agree on REDD+, the more time the ministers can spend on the other issues that require more negotiations to produce a balanced package in Cancºn.

This is part of a series from EDF’s experts, who are blogging regularly from the U.N. climate conference in Cancºn on EDF’s Climate Talks blog.