The African Carbon Forum wrapped up last week in Morocco with calls to beef up funding for results-based finance and improve existing market-like mechanisms, such as the Clean Development Mechanism, as the eight-month countdown to year-end talks in Paris begins 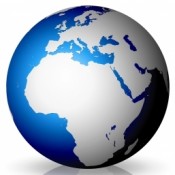 21 April 2015 | Africa generates very little in the way of greenhouse gas emissions, but it’s especially vulnerable to droughts and flooding from climate change, which threaten to disrupt food and water supplies. Poor infrastructure, high poverty rates and little access to capital only enhance the continent’s vulnerability, the United Nations says.

To avert disaster, African countries are already gearing up for the 21st Conference of the Parties (COP 21) to the UN Framework Convention on Climate Change (UNFCCC), which takes place in Paris at the end of the year. At last week’s Africa Carbon Forum (ACF), delegates called for stronger emphasis on results-based climate finance for both mitigation and adaptation to climate change, and they reiterated their support for market-based mechanisms like the Clean Development Mechanism (CDM), which allows emissions-reducing projects to earn certified emissions reduction (CERs) that can be traded to meet overall national reduction goals.

“Participants particularly highlighted the usefulness of the CDM’s established rules in measuring, reporting and verifying results and its possible role to help define and clarify the content of INDCs,” the UNFCCC said in a press release. “The workshop also concluded that African countries could look at how best to link and leverage finance through the Green Climate Fund at the same time as increasing use of the CDM.”

“I agree with Ministers that the last 10 years in the implementation of the Clean Development Mechanism is a very valuable asset and that market mechanisms can play a significant role in raising the level of ambition, and supporting climate action,” said Hakima El Haite, the Delegate from Morocco’s Ministry of Environment.

“There is a great opportunity for the private sector to invest in a low carbon future for Africa, using market forces to bring innovative technologies so that the continent can develop in a sustainable way,” said Dirk Forrister, the President and CEO of International Emissions Trading Association, a business organization focused on greenhouse gas emissions trading. “The Paris agreement can help facilitate this by setting the right parameters for business to invest, including rules and guidelines for carbon markets.”

Preserve and Improve the CDM

Delegates repeatedly called for the CDM to not only be preserved, but improved to include climate-smart agriculture and urban development and build a more sustainable economy overall, according to the UNFCCC’s summary of the event. Forum participants noted the importance of addressing these key issues in African countries’ Intended Nationally Determined Contributions (INDCs), the post 2020 climate action plan each nation intends to take. The plans are submitted to the UNFCCC ahead of COP 21.

“In these last eight months before Paris, the focus must shift from restating negotiating positions to finding common ground solutions,” said UNFCCC Deputy Executive Secretary Richard Kinley. And according to another participate at the ACF, John Christensen of UNEP (United Nation Environment Programme). “African countries are ready to contribute and agree to a fair and balanced international agreement.”

Tabitha Muriuki is a free-lance reporter and researcher who divides her time between her native Kenya and the Netherlands, where she is pursuing a PhD on the dynamics of international negotiations.