Local communities already help manage over 25% of the world’s forests through what is called Participatory Forest Management (PFM).  Tom Blomley, forestry advisor for the Danish government’s international aid agency, DANDA, explores PFM’s successes and shortcomings, and how lessons learned can be applied to the United Nations’ Collaborative program, Reducing Emissions for Deforestation. 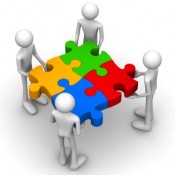 Local communities already help manage over 25% of the world’s forests through what is called Participatory Forest Management (PFM).   Tom Blomley, forestry advisor for the Danish government’s international aid agency, DANDA, explores PFM’s successes and shortcomings, and how lessons learned can be applied to the United Nations’ Collaborative program, Reducing Emissions from Deforestation and Forest Degradation.

NOTE: this is the ninth in a series of articles leading up to and supporting the 17th Katoomba Meeting, which takes place this week in Hanoi, Vietnam.

20 June 2010 | It sounded so simple.   Preserve forests that absorb carbon dioxide and cut back on 20 percent of the world’s greenhouse gas emissions.   But now, after the recent UN Climate Summit held in Copenhagen endorsed forest preservation as a key weapon in the battle against global warming, a close look reveals that preserving forests is far from simple.

African, Asian and Latin American nations where residents depend on forests for food and income offer a wealth of data on the challenges of forest preservation.   Studies compiled during the past three decades show preservation outcomes highest when local residents own and manage their forests.   This is called PFM, short for Participatory Forest Management.

These studies also offer a wealth of ways to interpret just how “participatory” Participatory Forest Management should be.   Most important, they reveal how different interpretations directly impact forest preservation success.

A look at achievements and challenges faced by Participatory Forest Management shines a light on the possibilities and pitfalls facing Reducing Emissions from Deforestation and Forest Degradation (REDD).

Time for the Next Model Year

Through Community Forestry, a number of rainforest nations transferred forest ownership from the state back to the indigenous groups that held traditional rights to the land.   But these “returned-ownership” forests were often severely degraded and returned to people who were severely impoverished. To restore these forests and reap financial returns, residents would need to in invest time, effort and money they often did not have.

Joint Forest Management addresses this by keeping ownership in the hands of the government.   But allowing the government to retain ownership has sometimes also meant allowing it to renege on its promises.   Forest restoration efforts in a number of African and South East Asian countries have fallen victim to political and economic interests.   When Nepal, for example, realized it could make more money by clearing and farming forested land, it unsuccessfully attempted what it called a “policy roll-back.”

Clearly, restoring and managing a forest can be expensive. Meanwhile, revenues, at least initially, can be minimal.   Corruption and political influence also take their toll.

Experiences with PFM show that the poorest, most marginalized members of the forest community feel the initial brunt of restoration efforts.   They lose their means of income, such as farming, and may initially gain little in return.   When revenue begins to flow, a phenomenon called “elite capture” often occurs.   Here, members of the village elite class hoard most forest management benefits.

Nepal’s Maoist coalition government addressed this by establishing a second generation of PFM that introduced transparency, accountability and “pro-poor” targeting accountable to national as well as local interests.

Put the Light on REDD

Three decades of PFM establish that the greater the local autonomy over decision making, the higher the chances of effectively managing and improving forest conditions. PFM Outcomes are improved and land grabs avoided when ownership, tenure and benefits are defined and legally enforceable.

These lessons learned can serve as a model for REDD.   To achieve successful carbon outcomes, states must provide clear legal guidance that establish carbon rights.   They need to spell out how benefits from carbon sales could be shared on state-owned forestland managed or co managed by local communities.

Local control with carbon trading must be balanced with national accountability. This could be accomplished through what is called a “nested approach” that brings national oversight to local forest owners’ actions.   Representatives from carbon-managing forest communities could enter into direct negotiations to sell their carbon through the voluntary or in a future compliance market. Meanwhile, national mandatory carbon accounting systems would safeguard their efficiency and transparency.

Clearly, the costs of a REDD program will be significant.   Experts predict that transaction costs for monitoring, verifying and marketing emission reductions could exceed their value if each forest was considered an individual entity.     A successful REDD fund would have to aggregate and collectively market these individual forests.   This would require a flexible payment mechanism that takes account of the spectrum of possible carbon-tenure-rights stakeholder groups including individual farmers and landowners, community groups, local governments and private companies.

Lessons learned from over 30 years of PFM in countries such as Nepal indicate that the poor may be worse off from PFM.   Safeguards or mitigation measures are required to avoid this. A number of tools have been developed by PFM programs working in Nepal that can easily be adapted and used in other contexts to ensure that REDD funds are equitably distributed at the community level. These tools include:

Participatory Forest Management offers REDD the roadmap it needs as it gears up to take on global warming.   Clearly, skilled drivers must navigate this bumpy road.