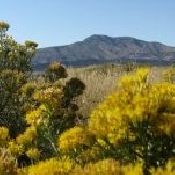 18 June 2013 | High Biological Value sites are regions where a wide variety of ecosystems concentrate, and Spain may have more of them in private hands than any other European country.

Most of the money dedicated to the conservation of natural areas in Spain, however, comes from public funding sources, and these sources are dwindling rapidly. It is, therefore, necessary to explore new ways of funding the land management activities that owners develop in rural areas and encourage them towards the conservation of nature. Habitat banking is one logical alternative.

The concept of Habitat Banking, as recently used in Spain, is a mechanism that can bring many new features to the Spanish environmental landscape, as it has done in other countries. However, understanding of the concept is limited, not only among the general population, but also in those specific sectors that are involved in its development.

Confounding this is a general confounding of habitat banking with more standard Command and Control models.

In addition, the lack of an agreed-on name for such mechanisms also helps to create confusion regarding the habitat banking concept. Even here, we will use different terms for different iterations of the same concept: mitigation banking and conservation banking, or even, as shown later in this article-biodiversity banking.

The Origin of the Concept of Habitat Banking in Spain

We must have a look back over the last few years to find some reference about habitat banking in Spain. This concept appeared in Spain as a result of the transposition of an EU environmental liability directive in 2007. The new regulatory framework provided the possibility of new instruments for the compensation of environmental damages signaling significant changes. The new framework established for the first time a mechanism that quantified damages requiring full reparation of environmental damage in ecological terms, leaving compensation in economic terms only for a little number of cases, in which ecological restoration is not possible.

At the same time, the European Commission entrusted a full study to examine the feasibility of introducing habitat banking existing in the European environment, according to both legal and environmental objectives and its compliance. Meanwhile, simultaneously, in Europe, market-based policies directed at the conservation of the natural environment are beginning to be promoted, such as the development of the European trade emission allowances (European Trading Systems , EU ETS).

The introduction of these changes showed up in references to habitat banking in Spain. The new legal framework aims to introduce this concept under the regulatory implementation of the new legislation as a mechanism to allow the repair of environmental claims. In early 2008, one of the provisions included in the draft read as follows: “…may be used to realize the compensation for the damage caused to the environment, market mechanisms previously made of natural resources. In this sense, Habitats Banking will be established.”

For various reasons, habitat banking lost the chance to appear in Spanish legislation. However, looking at it from a much more hopeful point of view, the door to debate over the preservation of our natural areas has been opened. This debate continues today, and also has been reinforced by the interest of the administration in order to protect habitat banking in a Spanish legal framework.

The need for a larger debate on market-based mechanisms for conservation-like payments for environmental services-as well as on habitat banking was revealed at the 10th National Environmental Congress in Spain in November, 2010. At this meeting, possibly the most relevant forum in Spain related to the environment, the Forestry, environmental services and market mechanisms working group was formed. This working group brought together many of the top professionals in Spain to reach agreements and draw conclusions on the matter, awakening interest in these mechanisms.

Almost simultaneously, the first publication in Spain dedicated exclusively to innovative financial mechanisms saw the light. This publication, edited by EUROPARC-Spain, showed several alternative market-based mechanisms for conservation, protection and improvement of the environment, including habitat or conservation banking.

Subsequently, forums between stakeholders in development, land stewardship entities, professionals from different areas (finance, insurance, securities, legal …) and the Spanish government were held to launch a development proposal. This included events organized by the Engineers College, held in June 2011, regarding the prospects of habitat banking in Spain.

These developments culminated with two important events. First, in November 2011, the International Conference of Territorial Governance and Adaptive Management of Global Change brought together the main stakeholders along with international experts from the United States, the Netherlands and Germany to discuss the most crucial aspects in developing habitat model banks. This meeting generated rich discussions and diverse opinions. This allowed for the formation of a working group to develop needed tools.

The second milestone was the conclusion in the last and latest edition of the National Congress of Environment (CONAMA 2012), highlighting the technical session named Land Stewardship and Financing Mechanisms for Nature Conservation: Habitat Banking. This session analyzed the implementation phase of habitat banking, adding a new aspect to the debate: new sources of additional demand damage compensation, because of the economic adjustment that is taking place in Spain nowadays. The concept of biodiversity banking arises from this.

Furthermore, in the mentioned session, the Spanish Ministry of Agriculture, Food and Environment presented a proposal to include habitat banking in Spanish legal framework. Moreover, a Spanish region proposed the inclusion of habitat banking in its regional policy, under the concept of biodiversity banking. It’s also likely that later this year, the concept “conservation banking” will come to the fore in a modification of the Environmental Impact Assessment National Act. That’s what we are working for.

Some companies have examined developing habitat banking in the Spanish scenario. According to the tool, Mercados de Medio Ambiente (Environmental Markets), some publications, such as Bancos de hí¡bitat: Una solucií³n de future, ( Habitat Banking: a solution for the future) have been launched according to specific habitat banks.

Everyone knows about the economic dififculties in Spain today. Despite signs of recovery in the coming years, progress will be slow, especially when it comes to the growth of habitat banking. Natural demand of habitat banking is mainly determined by the need to offset impacts and damages from infrastructure and new urban development. These needs have been reduced almost completely making it necessary to find a new scenario that will promote new conservation strategies.

It is also necessary to develop the appropriate valuation tools in order to ensure the ecological and economical worth of the environment into the future. These tools will be necessary in creating a regulatory framework that covers habitat banking.

Practice Will Guide You…

Meanwhile, the stage is perfect for developing the methodology and operations required.

Governments are putting in their two cents as well. At Ecoacsa, we are trying to implement pilot experiences that make the model viable. Ecoacsa acquires knowledge and experience from models developed in other countries allowing them to learn from mistakes and develop an agile, effective, coherent and constructive model.

… and Help us to Move Into the Future

Habitat banking faces many challenges. Disclosure of these mechanisms is critical and necessary to generate a social agreement that will support a commitment to new conservation tools. We need a change in the current paradigm that allows everyone to quantify environmental impacts in ecological terms and not in economic terms but with little ecological effectiveness. In Europe, some countries have already laid the foundations with recognized experiences mostly led by governments. However, most countries still don’t have a regulatory framework.

But the right settings to present biodiversity legislation needs to be in place. Habitat banking will be, without a doubt, an essential aid to comply with the requirements imposed by the new European initiative in the field of “net biodiversity loss”, as envisaged for 2015 in the Europe 2020 strategy.

We are now at a turning point for the evolution of this mechanism in Spain. We will continue discussing the advances that occur, which helps to improve Spain’s conservation models.