Cities currently use around 75% of global resources and emanate about the same percentage of global greenhouse gas emissions. Figuring out how urbanization can occur without scorching our atmosphere may be key to human survival. 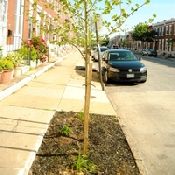 10 April 2014 | Over the next few decades, the hustle and bustle of cities will only intensify, with the urban population projected to double from 3.4 billion in 2009 to 6.4 billion in 2050. Most of this growth will occur in cities in developing countries – think Karachi, Pakistan; Shenzhen, China; Lagos, Nigeria; Bangkok, Thailand; and Dhaka, Bangladesh. Since cities currently consume around 75% of global resources and emanate about the same percentage of global greenhouse gas (GHG) emissions, figuring out how urbanization can occur without scorching our atmosphere may be key to human survival.

With its Sustainable Cities framework, launched at the seventh World Urban Forum in Medellí­n, Colombia this week, the Gold Standard – an organization that develops methods (or “protocols”) to account for carbon mitigation – hopes to use climate finance to inject billions of dollars into cities to scale up clean technology and pro-poor development in cities worldwide.

“This framework greatly broadens the potential sources of financing for these critical urban initiatives because the mandatory verification of results by an independent third party, such as the Gold Standard, provides the credibility and assurance that funding agencies need,” said Abhishek Bansal, the Gold Standard’s Cities Programme Manager.

Currently, carbon markets mostly focus on activities in non-urban areas. Renewable energy – particularly wind farms that are usually located outside of cities – and forestry were the most popular project types selling offsets on the voluntary carbon markets last year, making up two-thirds of the market, according to Forest Trends’ Ecosystem Marketplace’s State of the Voluntary Carbon Markets 2013. Less than one out of 10 carbon-reducing projects developed under the United Nations’ Clean Development Mechanism (CDM) – the program for emission reduction projects generating offsets that can be used by companies governed by the European Union’s carbon market – are in urban areas.

But cities are in dire need of a new channel of financing: Only 4% of the largest 500 cities in the developing world are Ã¢â‚¬Ëœcredit-worthy’ in international markets, according to the World Bank.

The Gold Standard framework is based on payment for performance for emissions reductions and other clean development activities in cities. Its study of Delhi, India found many potential sources of GHG mitigation in cities that could be credited, including clean cookstove distribution, solar cookers and water heaters, replacement incandescent street lights with compact fluorescent ones, composting, and bus rapid transport systems (to replace individual vehicles). But these projects also have incredible co-benefits. Solar lighting can bring street illumination to slums that don’t yet have it, and solar-powered fans might be a much cheaper option that battery-run ones. Zero-energy water filters could reduce disease for the 70% of Ã¢â‚¬Ëœurban poor’ households in India that do not treat their water before drinking.

The framework is based on a ground-level study funded by World Wildlife Fund Netherlands which compared the effectiveness of using results-based financing versus the CDM’s existing Programme of Activities (PoA) mechanism, which allows private or public entities (such as municipalities) to earn carbon credits for coordinated emissions reductions from multiple activities or policies.

Based on an analysis of strengths and weaknesses, the study found that while the existing CDM approach – which has well-established rules that have already attracted some private sector investment – makes more sense for middle-income households, the results-based financing of the carbon markets is best suited for urban poor households.

Why? While PoAs provide financial support based on carbon offset potential, in the Gold Standard’s conception of results-based financing, the payment comes upon achievement of a pre-agreed Ã¢â‚¬Ëœresult’. This might be an emissions reduction, but other pro-poor activities could be included as well. For instance, distribution of a certain number of solar water heaters, even if they produce low or no certified emissions reductions, could be a credited Ã¢â‚¬Ëœresult’. Casting this wider net could be positive for very poor urban areas that may not have the resources to monitor and verify emissions reductions – even if they are in fact achieving them.

Six programs are eligible under the Gold Standard’s Sustainable Cities Programme: renewable energy, energy efficiency, waste management (both solid and water waste), urban forestry, transport, and other activities that involve improvements to basic services such as water, sanitation, and healthcare. As with other Gold Standard projects, urban programs must meet the Ã¢â‚¬Ëœdo no harm assessment’ which follows 11 safeguard principles including protecting the right to collective bargaining, taking a precautionary principle approach to environmental protection, and respecting the dignity and cultural property of indigenous peoples.

The Gold Standard aims to implement a pilot program in Delhi to test the framework on the ground. It is also working with the World Bank to develop tools for Ã¢â‚¬Ëœgreen growth’ programs in Colombo, Sri Lanka and the Municipality of Sakarya in Turkey.