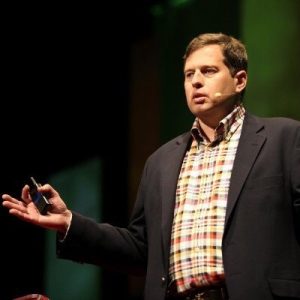 5 June 2014 | Project developer GreenTrees has been riding the rails: partnering with Norfolk Southern – through its Trees and Trains reforestation and carbon sequestration project – to plant six million trees in the Mississippi Delta over five years, generating more than one million tonnes of carbon offsets to help offset the railroad’s emissions and restore habitat along its lines.

But GreenTrees knows these types of reforestation projects have plenty of assets that go beyond carbon and has also been hard at work collecting data to use in establishing baselines that help capture the connection between water and carbon in forestry projects and calculate the additional value that co-benefits bring. Highlighting the additional benefits of reforestation projects is critical in light of the fierce competition in the voluntary carbon offset market in 2013, as buyers had their pick of cheaper offsets from other project types. But there are buyers such as Norfolk Southern out there who are more interested in offset projects that can tell a bigger and better story than just reducing carbon.

Ahead of the June 24  release of Ecosystem Marketplace’s State of the Voluntary Carbon Markets 2014 report (Executive Summary available here), Chandler Van Voorhis, Managing Partner of project developer GreenTrees, told Gloria Gonzalez about the work that forest carbon project developers are and should be doing to promote other attributes of their projects and why they shouldn’t even try to compete on pricing with landfill methane and other types of carbon offsets.

Gloria Gonzalez: What did you see in the voluntary carbon markets in 2013?

Chandler Van Voorhis: I thought it showed a lot of life and was very robust during the first eight months of the year. In the fourth quarter, it got really quiet in the market and it has been quiet. I’m not necessarily sure what to attribute that to. The one thing we did speculate was that there’s been a flood of (landfill) methane credits that have come on the market. I think it’s put a lot of downward price pressure in general in the market. There are those that are trying to hit a (corporate social responsibility) CSR mandate and they don’t care what the credits look like. Then there are those that go above and beyond just buying the credit. Right now, until all this landfill methane kind of works itself out of the system, I think that’s the number one thing we can point to.

To read the rest of this Q&A, please visit the Forest Carbon Portal for free.

This part of an ongoing series of interviews with market participants culled from our research into this yearÃ¢â‚¬â„¢s Ã¢â‚¬Å“State of the Voluntary Carbon MarketsÃ¢â‚¬Â report, which will be launched on May 28 at Carbon Expo in Cologne, Germany. Click below for others in the series

CarbonFund Foundation:
Seeing A Yellow Light For Forest Conservation Projects
The market for forest carbon offsets was challenged to say the least in 2013, with some developers forced to unload offsets at less-than-ideal prices. But Brian McFarland, Director of Carbon Projects and Origination for Bethesda, Maryland-based CarbonFund.org, believes there is some reason for optimism, particularly if a compliance market such as CaliforniaÃ¢â‚¬â„¢s carbon system steps up to the plate.

Environmental Credit Corp: California, Here We Come! Environmental Credit Corp (ECC) was busy in 2013 developing emissions reduction projects that received a total of more than one million tonnes from CaliforniaÃ¢â‚¬â„¢s regulated carbon market. But Derek Six, ECCÃ¢â‚¬â„¢s CEO/CFO, spoke to Gloria Gonzalez about growing interest in a new charismatic project type that could be added to CaliforniaÃ¢â‚¬â„¢s program in the future.