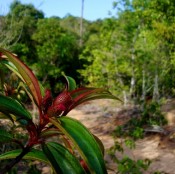 2 October 2012   | Greenpeace is dedicated to ending deforestation and preventing catastrophic climate change. We are often recognized for putting our lives and freedoms on the line to accomplish these goals. In the U.S. alone, Greenpeace is campaigning to save ancient forests, speaking out against the coal industry; mobilizing millions to save the arctic from new oil drilling; and pushing key industries to commit to renewable energy. We are willing to forgo corporate and government funding to do our work, believing that speaking truth to power is only possible if we maintain financial independence. This is particularly true for issues like REDD, which are laden with conflicts of interest due to the large amounts of potential money involved and the long-standing opposition of large emitters to science-based emissions reductions.

Greenpeace has been a strong and vocal advocate for credible REDD deals that would deliver national-level results while benefitting the people on the ground responsible for protecting the forests. At the same time, we have publicly rejected false solutions to REDD, such as the GCF’s push to include subnational forest offsets in California’s carbon market.

The commentary by Dr. Nepstad criticizes our report, but fails to point out that the subnational REDD offsets the GCF advocates for would by definition, result in no additional climate mitigation since they would merely allow industrial emitters to continue polluting in California. And that is the best case scenario. Numerous independent examinations of subnational REDD offset projects (by Greenpeace and others) have shown them to be inefficient and ineffective due to the inherent problems of:

Therefore subnational REDD offsets could make the climate crisis even worse by allowing industries to continue to pollute without providing real emission reductions in exchange.

For these reasons, the UNFCCC Cancun Agreement on REDD strictly limited subnational REDD activities to “interim” measures and required that all results-based activities occur only within the confines of national monitoring programs. While Dr. Nepstad argues that REDD offsets in California could occur at the jurisdictional level, it is not clear that will be the case, nor is it clear how the problems noted above would be resolved at the jurisdictional level, or how it is consistent with the Cancun Agreement. Indeed, the Climate Action Reserve’s Draft Mexico Forest Protocol for California would essentially allow for small scale project-based REDD offsets (although it has apparently been momentarily put on hold).

Dr. Nepstad’s remark that this might be years from implementation misses the point. Even if the program were years from implementation this would not solve the inherent problems outlined in the report. Discussions about “proof of concept” and “learning by doing” are fine if a program is still in a research phase, but promoting offsets that would allow companies in California to continue to impact the health and environment of local communities in the absence of significant demonstrated success seems problematic.

The commentators suggest that Greenpeace “misunderstands” the GCF’s work and role, which is about much more than subnational REDD offsets. In our report, we applaud the GCF’s abilities to facilitate experience sharing and learning processes between states and provinces and encourage the GCF “to play an important role in convening and advising subnational governments essential to the effort to halt deforestation.” At the same time it needs to be acknowledged that according to its own website, three of the five reasons ‘Why the GCF Matters” relate to the creation of subnational offset credits for sale in compliance markets.

Relying on subnational offset markets to provide even partial funding for REDD would be at best a distraction, and at worst counterproductive. Research from Stanford University and elsewhere shows that subnational offset projects can do more harm than good by creating a disincentive to national level success and real sustainable development. Furthermore, the push to include REDD in the carbon markets appears to be misdirecting significant existing funding to carbon-focused readiness efforts that are far less likely to succeed than people-centered policies such as the clarification of land tenure, participatory land use planning processes, and independent national monitoring systems. For these reasons, The Munden Project and other independent experts have argued that REDD is structurally unfit for inclusion in compliance markets.

Dr. Nepstad correctly points out that emissions reduction from REDD could provide significant reductions in the near term. That is why Greenpeace and others have campaigned for new and additional sources of financing for REDD and continue to advocate for substantial forest-specific funding to be made available under the global Green Climate Fund and elsewhere. We would also welcome the opportunity to collaboratively pursue non-offset incentives for progressive States and Governors who promote people-centered forest protection programs.

“Outsourcing Hot Air” voices justified concerns with the rush to include subnational REDD offsets into a compliance market, largely to work within – rather than change – a political discourse that has been dominated by the interests of large polluters. Greenpeace is not willing to quietly acquiesce to those interests, knowing full well that catastrophic climate change itself poses an existential threat to the tropical forests so many of us, including Dr. Nepstad, want so badly to protect. As we made clear in our report, Greenpeace would welcome a GCF that eschews false solutions and uses its influence to foster much needed dialogue and action among subnational entities to pursue real solutions to climate change and deforestation.