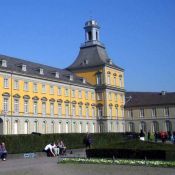 29 April 2013| Bonn| Germany| The latest round of climate talks under the UN Framework Convention on Climate Change (UNFCCC) kicked off in Bonn today, against a background of steeply rising global greenhouse gas emissions and a growing sense of urgency to take action to stave off the worst effects of climate change.

The meeting, the Second session of the Ad Hoc Working Group on the Durban Platform for Enhanced Action (ADP 2, 29 April to 3 May), is designed to discuss options towards the 2015 global climate agreement and how to accelerate and catalyze existing climate action.

Last week, the daily CO2 level measured at the Mauna Loa Observatory in Hawaii stood at 399.72 parts per million. Speaking at the opening of the meeting, Christiana Figueres, the Executive Secretary of the UN Framework Convention on Climate Change (UNFCCC) said:

“We are just about to cross the 400 parts per million threshold, hence this conference meets in a heightened sense of urgency. We must meet the deadlines set by the UNFCCC’s Conference of the Parties. The ADP working group has already used one third of the time allocated, so we must use the remaining time wisely.”

At the UN Climate Change Conference in Doha last year (COP 18), governments reiterated their commitment to achieve a new global framework in 2015. They also reaffirmed their commitment to step up efforts to close the gap between what has been pledged so far and what science says is required for the world to stay below the agreed maximum 2 degrees Celsius temperature rise, well before the new agreement enters into force from 2020.

“We are confident that this session will allow the ADP to identify the main contours of the elements of the agreement, what the agreement needs to achieve as a part of the overall result of the UN Climate Change Conference in 2015; and also to identify very pr actical ways to increase ambition inspired by the efforts government are all making at the national level. And we are confident it will allow us to identify how efforts from all stakeholders and the international community can help us all do more in order to close the ambition gap,” said ADP Co-Chairs Jayant Moreshver Mauskar and Harald Dovland in a joint opening statement.

Delegates meeting in Bonn will discuss existing options for effective climate action, such as exemplary climate legislation, emissions trading, and how the accelerated deployment of renewable energies can curb greenhouse gas emissions; and see how this fits both into the design of the new agreement and how such options can be translated into immediate action.

“We need to be creative, constructive and willing to come forward with actions, initiatives and new proposals for how national governments, cities, private sector and civil society and international initiatives can do more, faster,” said UNFCCC Executive Secretary Christiana Figueres. “And we need to be able to showcase our successes and further opportunities in bridging the emissions gap at the UN Climate Change Conference in Warsaw at the end of this year,” she said.

At a special interactive event on 2 May, ADP Co-Chairs Jayant Moreshver Mauskar and Harald Dovland will hear proposals from observer organizations on the 2015 agreement and on the question of pre-2020 ambition at a key question and answer session. Observers not physically present in the room will be able to participate virtually via webcast and Twitter.