Despite optimistic attendance at the National Mitigation & Ecosystem Banking Conference two weeks ago in Baltimore, mitigation banks face tough challenges.  The latest come in the form of government cut-backs, which threaten not only to derail infrastructure improvements, but to slow the project approval process. 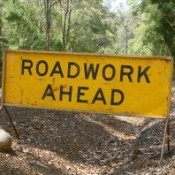 Despite optimistic attendance at the National Mitigation & Ecosystem Banking Conference two weeks ago in Baltimore, mitigation banks face tough challenges.  The latest come in the form of government cut-backs, which threaten not only to derail infrastructure improvements, but to slow the project approval process.

10 May 2010 | Three years ago, Rich Mogensen and his then-employer, EarthMark Mitigation, won the contract to build a mitigation bank on government property in New Jersey by restoring 237 acres of degraded tidal wetlands.  Because the land was government-owned, any credits generated could only be sold to one of New Jersey’s four state transportation agencies.

“That left us with only a few potential buyers, but we perceived it as low-risk,” says Mogensen.  “After all, we already had the buyer we needed.”

That buyer was New Jersey Transit, which planned to use the credits to offset damage to wetlands incurred in its “Access to the Region’s Core (ARC)” project, which would have built a commuter train under the Hudson River that more than doubled public transportation between New Jersey and Manhattan.  ARC took its name from the economic impact study that won it the endorsement of governors on both sides of the river, and EarthMark easily secured a $10 million loan to get their mitigation bank off the ground.

But two years later, with the money spent and 75% of the restoration complete, New Jersey Governor Chris Christie pulled the plug on the tunnel, sending EarthMark into receivership and costing Mogensen his job.

“We’re looking for other agencies that can purchase credits, but it’s not easy,” says Mogensen, who now runs Mogensen Mitigation Inc and is seeing the bank through to its completion as a consultant. “I guess the lesson is that nothing is risk-free in this or any other business, so you have to lick your wounds and move on, hoping to be around for the long term.”

Plenty of other mitigation bankers have adopted that attitude – as witnessed at the National Mitigation & Ecosystem Banking Conference in Baltimore two weeks ago, which drew more than 400 people.  Still, the short term is looking rough as state and local governments across the United States cut back on needed improvements to infrastructure, thus reducing demand for credits, while the federal government reduces funding to the agencies that oversee the permitting process.

“It’s a double whammy,” Says Craig Denisoff, Vice President and founding partner of Westervelt Ecological Services. “Bankers have already been severely hurt by the downturn in the economy.  If you layer federal budget cuts on top of the lack of demand, and then overlay that onto reduced staffing for federal agencies, you see that we’ve got a lot of challenges ahead.”

One of his colleagues, Westervelt business development manager Travis Hemmen, recounts a similar setback to the one Mogensen suffered: Westervelt, he says, put in a low bid on credit sales for a light rail project in Sacramento, CA.  Although they heard through consultants they would likely get the sale, no such transaction ever took place.

Rolling With the Changes

But Hemmen is hanging in there – along with hundreds of others.  Vincent Messerly of Ohio Wetlands Foundation says there are plenty of reasons to be optimistic.

“I look at the glass as half full,” he explains.  “As federal budgets shrink, they need to find a more efficient way to review and issue permits, which would lead towards the use of mitigation banks.”

Some states like Georgia are also taking the lead on wetland regulation. Hemmen says that the new compensatory mitigation rule added volume to the number of sales there.

Indeed, the state sources a whopping 93%) of its mitigation from banks, says Sheri Lewin, president of Environmental Resource Marketing.

In a presentation at the National Mitigation & Ecosystem Banking Conference, she explained that the general increase in bank development and credit availability since the 2008 Mitigation Banking Rule isn’t likely to dry up, and cited several reasons for that: institutional dollars becoming more readily available, an increase criteria for PRM to drive business to banks , a ‘hierarch of mitigation’  to drive business to banks and timelines for bank review reducing regulator uncertainty.

Mitigation bankers also seem to be adapting to the changing environment.

“You don’t just pick up your toys and go home, you have to weather the storm,” Hemmen explains.  “We are trying to be extremely more selective in the projects we are trying to bring forward in terms of cash.”

He says that mitigation bankers need to explore new markets, and points out that Westervelt has also made a move into consulting, which historically they have not done.

As for Mogensen, he believes there is light at the end of the ARC.  He is hopeful that a new Amtrak project as well as upcoming bridge work, road and airport projects, and the dredging of the Hudson River will provide other opportunities for credit sales in New Jersey.