Until late last year, the Gold Standard seemed happy to serve as a go-to standard for renewable energy and energy efficiency offsets while watching the Verified Carbon Standard take a dominant position in land-based offsets. Now the Gold Standard is seeking input from participants as it expands its land-based coverage, beginning with Afforestation/Reforestation. 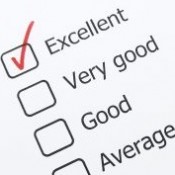 Until late last year, the Gold Standard seemed happy to serve as a go-to standard for renewable energy and energy efficiency offsets while watching the Verified Carbon Standard take a dominant position in land-based offsets. Now the Gold Standard is seeking input from participants as it expands its land-based coverage, beginning with Afforestation/Reforestation.

5 June 2013 | Reflecting its origins in the Kyoto Protocol’s Clean Development Mechanism and stewardship by the once-anti-forest-carbon WWF, the Gold Standard covers just one segment of the forest carbon spectrum – Afforestion/Reforestation (A/R). But it boosted its coverage with last year’s acquisition of the CarbonFix standard, and now the traditionally energy-facing standard is requesting input on its new and improved draft A/R requirements and guidelines while preparing to expand into agroforestry, improved forest management, improved livestock management and climate-smart agriculture. You can offer comments here.

A/R commenting will close on June 28, and the requirements are expected to be published in August 2013 and road tested for six months. Initial projects using the framework will be in the voluntary carbon markets, but existing projects from other standards or from compliance markets can seek Gold Standard certification if they meet the requirements.

The forestry sector has an average annual biophysical mitigation potential of 5.4 billion tons of carbon dioxide equivalent (MtCO2e) until 2050, according to the IPCC Third Assessment Report, and   the Verified Carbon Standard (VCS) is currently the most popular standard applied to A/R projects.

The Gold Standard’s framework pursues permanent carbon reductions by requiring an independent assessment of the full project design during the design phase to ensure that the expected climate benefits and sustainable development objectives are feasible. The organization will also require dual monitoring and verification of the carbon performance and sustainable implementation of all projects, including an independent audit of a project’s sustainable development indicators and risk mitigation measures at least every five years.

The Gold Standard will also put in place a compliance mechanism to deal with unexpected complications, including a guarantee through its new compliance reserve that every carbon dioxide certificate represents a tonne of Gold Standard carbon reduction. The compliance reserve is a “last resort” as Gold Standard projects must first undergo rigorous certification of their safeguards and sustainable development both at the design phase and during the lifetime of the project, according to the organization.

A key challenge for the Gold Standard in developing the framework is that land use and forests carbon projects typically have long-range planning horizons and need to be sustainable over multiple decades.

“Mandating, for example, a century of project monitoring is unrealistic, even dangerous as it focuses attention away from what is really needed to make a land use and forests project fundamentally robust,” the organization said in the draft framework document out for public consultation – an apparent reference to California’s Climate Action Reserve (CAR), which requires forest owners to monitor and verify a project for a period of 100 years following the issuance of Climate Reserve Tonnes (CRT) for greenhouse gas reductions or removals achieved by the project.

Existing CarbonFix projects will need to provide evidence that they meet the additional “20%” of the methodology that reflects Gold Standard requirements, and comply with other Gold Standard rules, such as a more prescriptive stakeholder consultation, during the project cycle.

Gloria Gonzalez is the Carbon Associate in Ecosystem Marketplace’s Carbon Program. She can be reached at ggonzalez@ecosystemmarketplace.com.