The Gold Standard has always claimed that the social and environmental “co-benefits” of its certified carbon mitigation projects are key in obtaining above-average offset pricing. Now it claims to have the numbers to back that up – which it hopes will strengthen the value proposition for voluntary offset buyers while influencing policy discussions at the global scale. 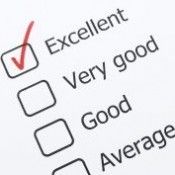 15 May 2014 | Last year, a study unveiled in Nature made a seemingly simple connection: switching away from fossil fuels can reduce air pollution and save lives. Instead of rehashing familiar ground, the research took this proposition one step further. Using a statistic called the “Value of Statistical Life,” which measured how much individuals would pay to reduce fatal risks, the study found that every tonne of CO2 not emitted was worth an average $50-$380. In this way, switching away from fossil fuels not only saves lives – it can also save money.

When The Gold Standard came across this study, they immediately thought of the applications to their work, given that carbon mitigation projects seeking The Gold Standard certification must demonstrate their “co-benefits” – the additional environmental, social (e.g. health), or economic benefits accompanying a carbon project. In fact, The Gold Standard was created over ten years ago in response to the Clean Development Mechanism’s lack of sustainable development criteria for certifying international carbon offset projects under its jurisdiction.

Fast forward to today, as the Gold Standard just unveiled their new study The Real Value of Robust Climate Action: Impact Investment far Greater than Previously Understood. The study, published by NetBalance and commissioned by the Gold Standard, examined 109 projects certified to the standard – and found that their co-benefits contributed an estimated $686 million in additional annual value tied to their environmental, economic and social initiatives.

This is a conservative estimate, explains the Director of Net Balance Neil Salisbury. “It is highly likely the additional 800 projects in the Gold Standard pipeline would present similar benefits, valuing The Gold Standard’s impact far higher.” Additionally, many projects have been structured to last multiple years – potentially snowballing the effect of any co-benefits.

In last year’s State of the Voluntary Carbon Market 2013 report by Forest Trends’ Ecosystem Marketplace, the Gold Standard commanded 14% of the overall market share among third-party offset project standards and earned prices that were among the market’s highest, at an average $10 per tonne of carbon dioxide equivalent (tCO2e).

Some offset market participants point to this level of uptake as evidence that buyers already recognize and value carbon projects with demonstrated co-benefits. However, these benefits have usually been considered “secondary” – in part, because carbon markets focus on, well, carbon. Yet many voluntary buyers approach carbon markets for a different reason: the monitoring, reporting and verification (MRV) components make it easy to measure specific outcomes of a project.

“People don’t give money for good causes anymore – they give money for results,” explained Thomas Vellacott, the CEO of WWF Switzerland, at this year’s Gold Standard conference, The Future of Results Based Finance: Measuring Environment and Social Impacts Beyond Carbon, where the report was first unveiled. He and other panelists spoke of the need for results-based finance (a.k.a. “payments for performance”) to extent to biodiversity and other co-benefits.

At the same event, Vallacot went a step further to speak to WWF’s own experience with co-benefits laden carbon offset projects. “Why is Ã¢â‚¬Ëœthe panda’ interested in the Gold Standard?” Vellacott asked, referring to WWF’s funding of the study. “Well, the Mamize Project helps the Great Pandas – maybe that makes it more self-evident.”

He refers to the fact that the Firewood Saving Cookstoves project is located in the Mamize Nature Reserve, which encompasses the southern edge of the Great Panda’s habitat. In its efforts to save the pandas, WWF realized that a primary cause of deforestation was due to nearby communities collecting firewood for cooking and heating. On average, these people would spend three months finding wood to heat their inefficient stoves and experienced negative health effects from associated indoor air pollution.

Enter the Firewood Saving Cookstoves – a technology used throughout rural China, but with prohibitive initial costs. WWF-Switzerland provides the outside financial support, so locals can upgrade their stoves. The new installations can save as much as 50-70% in firewood use, which it in turn hopes will improve health, enhance livelihoods, and conserve biodiversity.

The Mamize Project is one of the four case studies found in the study’s appendix; together, they provide greater detail on the methodology for analyzing and concluding the cost-benefit figures found in the report. Ultimately, Vellacott says he would like to see the Gold Standard developing methodologies that certify biodiversity, water or other approaches independently of carbon offsets.

Luckily, he found support at the Gold Standard conference. Speakers and employees made it clear that they are giving primary consideration to carbon’s co-benefits. Within the Gold Standard’s Land Use and Forestry (LUF) team, Peiter van Midwoud, Director of Business Development Use & Forests, indicated that they are working to develop standards specifically for water and biodiversity ecosystem services into the next year.

“That’s how we envision the future,” added colleague Moritz Vohrer, “You have a landscape with different activities but also with different ecosystem values.”

This study offers a first attempt at identifying outcomes, measuring results, and defining proxies so that intangible co-benefits can also be valued. “It is the beginning of an iterative process. We hope that we can build upon this work as a first step” explains Tanya Petersen, Ã¢â‚¬Å½Director of Marketing and Communications at The Gold Standard. The report recognizes it is not without its flaws – the Executive Summary has two pages detailing researchers’ key challenges and limitations – but hopes this first attempt will encourage greater dialogue about these issues. In particular, the standard hopes this study will help shape discourse leading up to the United Nations Convention on Climate Change 21st Conference of Parties (“COP21”) in Paris in spring 2015, which many anticipate will adopt a focus on measuring both the costs and benefits of carbon mitigation.

Kelley Hamrick is a Program Associate in Ecosystem Marketplace’s Carbon Program. She can be reached at [email protected]