Small-scale farmers around the world have the potential to employ climate-safe agriculture like no-till farming and tree planting on a cumulatively grand scale, but they’re also among those hardest hit when the climate goes haywire. Now Fairtrade and the Gold Standard are teaming up on a groundbreaking initiative aimed at bringing carbon income to farmers who don’t break the ground. 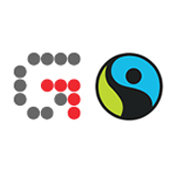 Small-scale farmers around the world have the potential to employ climate-safe agriculture like no-till farming and tree planting on a cumulatively grand scale, but they’re also among those hardest hit when the climate goes haywire. Now Fairtrade and the Gold Standard are teaming up on a groundbreaking initiative aimed at bringing carbon income to farmers who don’t break the ground.

3 December 2012 | Doha | Qatar | Ecuadorian farmers experienced two warm seasons this year instead of the usual one, and that extra serving of heat made it difficult for farmers to control the spread of plant diseases like black sigatoka, a fungal disease that has slashed banana yields by 25 million boxes this year – across 70,000 hectares of banana plantations and counting. It’s the kind of disruption that farmers will be dealing with more and more as climate change takes its toll.

“Twenty years ago, bananas were an exact science,” says Carlos Vargas, who serves as coordinator for Fairtrade Latin America and the Caribbean, chairs the producers’ cooperative at Agrofair – an importer and distributor of organic and Fairtrade tropical fresh fruit – and oversees commercial relations for Coopetrabasur, a banana workers’ association in Costa Rica.

“Now, they’re not,” he continues. “Every year you have to experiment to see what will happen, because you can’t depend on the weather. It’s the same thing with coffee, pineapples, rice, cattle. If you don’t have the weather you’re looking for, you’re not going to have the quality you’re looking for.”

Vargas believes the carbon markets can help dampen the blow, thanks in part to the Gold Standard – a carbon offset standard – and its emerging tie-in to Fairtrade, an ethical certification system that represents over 1.2 million small farmers and workers in 66 countries across Latin America, Africa and Asia. As a widely recognized ethical label, Fairtrade promotes sustainable development and poverty reduction through fair trade principles, largely by providing guidance on Fairtrade certification requirements and linking small producers with buyers and access to new markets.

Small producers are finding new momentum at the  Doha climate talks, where the Gold Standard signed a memorandum of understanding (MOU) last Friday that pulls Fairtrade principles into Gold Standard carbon projects across all project types, whether energy or land-based. For the Gold Standard, Fairtrade’s global network of small producers represents an opportunity to scale up emissions reductions in marginalized communities and the “last miles” of the world. For Fairtrade, the alliance provides small producers in developing countries a chance to tap into carbon finance as an additional source of income to support their productive activities, with the end goal of nurturing both climate and people.

A vulnerable network with latent potential

Weather-related hits to the supply of produce affect not only the livelihoods of producers, but food security and affordability more broadly. Vargas says the production of organic produce in particular is tied to weather, which is expected to only grow increasingly variable in future years as the effects of climate change become more pronounced.

While a number of institutions are taking action to help developing countries build climate resilience, small producers have historically been difficult to incorporate into resilience-building projects at a large scale, given their small and scattered nature. Against this challenge, carbon markets provide a promising space in which small producers can forward their interests; many of the activities undertaken by small producers like tree planting and no-till or low-till agriculture have the capacity to sequester carbon or achieve emissions reductions.

Vargas’s small producers cooperative first began creating buffer zones a decade ago in order to protect rivers and waterways. “At that time, no one was really talking about climate change,” he says.

It was not until later that Vargas and others discovered that the environmental services the cooperative was providing to its communities had a value that could earn recognition through the carbon markets – in the form of carbon offsets.

Key players in both the compliance and voluntary carbon market spaces have been taking steps to better accommodate small-scale projects, as demonstrated through new provisions under the Clean Development Mechanism’s Programme of Activities (PoA) – which enables aggregation of small-scale activities – and the Gold Standard’s micro-scale programme. While the micro-scale programme has historically focused on the energy space, its application could potentially extend into smallholder agriculture given the Gold Standard’s expansion into forestry and land use.

Despite such ongoing efforts, to date, carbon finance still tends to favor medium- to large-scale projects on a range of elements, including economies of scale and marketability.

Covering 400 or so people, Vargas’s cooperative impacts roughly 300 hectares of land – an estimated 5 percent of which is biodiverse forest planted years ago as buffer zones. That same 5-percent approximation, aggregated across other producer-impacted land area, collectively represents a very sizable amount of forest cover and biodiversity that traditionally would not have access to carbon finance.

In short, Fairtrade’s network has huge untapped potential when it comes to the climate space.

The Gold Standard expects to issue the first such credits at the end of 2013, with details on how the credit will be structured yet to be determined.

Tapping into carbon credits certified to the Gold Standard – or other recognized standards in the carbon markets – is not easy. Carbon offset project development requires time, money, and expertise – capacity that is not always readily available to small producers. Vargas says that with the new alliance, it should become easier to find local experts to help develop projects and connect small producers to the carbon markets.

“Small producers are currently at the end of the line,” he says. “We want to be players in this game, and be compensated for the services we are already giving to our communities – and to our countries.”

Birds of a feather

The new alliance is the third of three that the Gold Standard has entered this past year. In September, the Gold Standard – traditionally focused on projects that deliver energy efficient technologies – acquired the CarbonFix standard in order to incorporate land use and forestry under Gold Standard version 3.0. The acquisition represented the first effort of its kind to begin consolidating demand and best practices under one brand in order to provide standardization and reduced transaction costs in a market that otherwise continues to proliferate new standards for project certification.

In conjunction, the Gold Standard also announced an MOU with the Forest Stewardship Council (FSC), which will build FSC safeguards into forest-facing projects certified by the Gold Standard.

By uniting carbon markets and fair trade – and complementing its experience in energy with expertise in forestry and land use – the Gold Standard intends to drive sustainable development through commodity supply chains at a landscape level, in a way that empowers small producers.

Gold Standard and Fairtrade Broaden Market Access For Small Producers The carbon standard and ethical label are teaming up to bring carbon income to small producers practicing sustainable agriculture, hoping to nurture both climate and people.