Even as the market for forest carbon offsets continues to spawn new standards for project development, two existing standards are tying the knot – and tying into the global carbon market’s next big question: how to view (and credit!) forest carbon projects as the sum of their many parts? 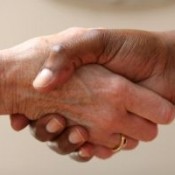 Even as the market for forest carbon offsets continues to spawn new standards for project development, two existing standards are tying the knot – and tying into the global carbon market’s next big question: how to view (and credit!) forest carbon projects as the sum of their many parts?


18 September 2012 Ever since their inception, the Gold Standard for carbon offsets has focused on projects that deliver energy-efficient technology while the CarbonFix standard has focused on projects that plant trees. Today, however, the Gold Standard made a bold move beyond its traditional role as an energy-only carbon offset standard – announcing that it has acquired CarbonFix to integrate into a (literally) greener Gold Standard version 3.0.

This represents the first effort of its kind to begin consolidating demand and expertise under one brand – in a market that otherwise continues to proliferate new standards for project certification.

Carbon offsets certified to the Gold Standard, which are eligible for use by compliance as well as voluntary buyers, are well recognized by consumers for their contributions to sustainable development. In recent years, the standard has held its own among the top three standards most sought-after by corporate voluntary offset buyers, according to the State of the Voluntary Carbon Markets annual report. The CarbonFix Standard, first tracked by Ecosystem Marketplace in 2007, maintains a significantly smaller market share but a high average price (averaging in $17/tCO2e range in 2011).

When combined, market observers say a new land use-ready Gold Standard could give existing forestry standards a run for their market share.

“If they can bring that kind of consumer recognition to forestry, I think it will be a positive development for the land use market broadly defined, and voluntary buyers specifically.”

Also today, The Gold Standard announced an MOU with its sibling Forest Stewardship Council (the FSC and Gold Standard are both endorsed by the World Wildlife Fund), which will see the two organizations leverage their respective approaches to social and environmental safeguards and carbon certification.

Changing with the compliance landscape

Michael Sahm, Head of Communications for project proponent Forest Carbon Group, suggests that all of these maneuvers may help the Gold Standard keep pace with a rapidly changing compliance marketplace – where the Gold Standard is the only independent standard traditionally applied to some energy projects that generate credits under the UN’s Clean Development Mechanism (CDM) and that wish to certify their contributions to sustainable development.

“With changes in the CDM market starting 2013 (i.e. excluding notable volumes of carbon credits from China and India), the focus is shifting from industrial type of projects in Asia to land use based projects in poorer countries in Africa, Latin America and Southeast Asia,” Sahm points out. “There, you don’t find an industrial infrastructure for technology-driven climate change mitigation activities – those countries’ assets are forestry and agriculture.”

The Gold Standard is indeed looking to grow its presence within the still-small compliance forest carbon offset markets – and to this end finds itself on the same page with a major market player, the World Bank’s BioCarbon Fund, which remains the largest buyer of CDM forestry credits.

In recent interviews, both the Gold Standard and BioCarbon Fund representatives have spoken about the need for “landscape level” accounting that accounts for and credits multiple mitigation activities within a single project area, instead of treating each project activity separately.

“Whether the project approach includes A/R or forest management and agriculture or renewable energy, these activities should all be streamlined for use in combination,” explains Gold Standard CEO Adrian Rimmer.

“Given our background in energy, combined with the CarbonFix approach to forest carbon accounting and FSC’s experience with forest management and forest stakeholders, this is a place where we’re well positioned to play a role in making all of the elements of a project work together.”

The BioCarbon Fund’s Ellysar Baroudy notes that the announcement is well timed, given the Fund’s similar considerations to landscape scale approaches – which were described in its submission today to the UN’s Subsidiary Body for Scientific and Technological Advice (SBSTA) that recommends more generic accounting principles should be used for landscape approaches in developing countries.

“When we talk about A/R, we can no longer talk about it in isolation from other project activities, so we think this is a great step,” she says.

“Breaking down sectoral silos to ensure a more practical way to achieving better land management through climate-smart agriculture, rural energy projects and others, will lead to an integrated and more effective approach to development,” Baroudy says, adding that the BioCarbon Fund looks forward to working with the Gold Standard to further this development.

To this point, Baroudy notes that landscape level project accounting may be a component of projects that the BioCarbon Fund explores for the third tranche of projects it will support, though the discussion is still in its infancy. The Fund already branched out from its traditional support of CDM A/R projects to also invest in REDD activities and climate smart agriculture within its second tranche of project-level investments.

Many forests, many approaches

Several forest carbon offset standards underpin existing and pipeline voluntary market projects, including CarbonFix and over a dozen other independent and country-specific approaches. None has a larger market share than the Verified Carbon Standard (VCS) which, often in combination with the Climate, Community and Biodiversity Standards (CCB), was the market’s leading standard for both REDD and A/R project certification in 2011.

While the Gold Standard plans to explore methodologies for climate smart agriculture, a venture into the REDD market does not appear to be on its near-term land use agenda. Rimmer says that the Gold Standard will consider integrating other elements of the Gold Standard within its land use program – like a micro-scale project approach that may help reduce transaction costs for small scale forestry projects.

Several market players have expressed relief that the Gold Standard’s acquisition of CarbonFix avoids the creation of yet another forest carbon offset standard – and suspect that at least a few A/R projects may consider transitioning from the VCS to the Gold Standard/CarbonFix.

Says one major verifier currently working with both VCS and CarbonFix projects, “If the Gold Standard adopts the CarbonFix standard, we may see some projects that currently operate under the VCS make the switch – simply because the CarbonFix program has seen fewer changes over the last several months and newer project developers seem to think that it’s an easier approach.”

Projects that wish to transition from CarbonFix to the Gold Standard should anticipate a few changes of their own, between now and when the Gold Standard aims to launch version 3.0 of its standard in mid-2013.

He says it also means that, as of today, projects seeking Gold Standard accreditation can begin work under the CarbonFix Standard with the aim of being grandfathered into the new system when that becomes a possibility.

Molly Peters-Stanley is the Voluntary Carbon Associate in the Ecosystem Marketplace’s Carbon Program. She can be reached at [email protected]
Please see our Reprint Guidelines for details on republishing our articles.