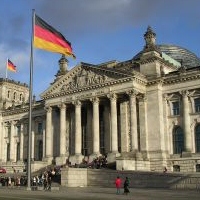 Thrid in a series.

15 October 2012 | Developed countries have been uneven at best in defining Fast-Start Finance (FSF) for REDD, but Germany has exceeded its commitments, according to a survey released Friday by Berlin-based nonprofit Climate Analytics.

Globally, the report’s findings echo those of REDDX, the ongoing  REDD+ Expenditures Tracking initiative  being carried out by Ecosystem Marketplace publisher Forest Trends, with funding from the Skoll Foundation and the German government.

“There is a lack of internationally agreed on objectives, criteria, and definitions about what fast start finance, and climate finance in general, is” says Marion Vieweg-Mersmann, a climate policy analyst at Climate Analytics and lead author of the recent report, German Fast Start: Lessons Learned for Long-Term Finance.”

The report focuses on Germany’s strengths and weaknesses during the two-year FSF implementation period, which comes to a close at the end of this year, and provides suggestions around future long-term financing.

FSF emerged from the Copenhagen Accord in 2009 as a 2010-2012 capacity-building period to help developing countries prepare to implement mitigation actions in the post-2012 Long-Term Finance (LTF) period under a new climate regime. Nations involved in the Accord have committed $100 billion per year to climate mitigation and adaptation needs in developing countries by 2020. Implementation of FSF wasn’t officially agreed on until the Cancun Agreements in 2010.

After the Copenhagen Summit’s failure to develop a post-2012 climate regime, developing nations were looking for reassurance they would receive assistance from the developed world on climate change, and stakeholders, looking to restore trust lost from the summit’s failure, liked FSF’s transparent and effective financial flows. This kind of thinking helped evolve FSF into a pragmatic idea for a necessary transitional phase before LTF is implemented.

According to the report, Germany surpassed its annual FSF commitment by EUR 70 million in the last two years but did not achieve its self-set targets in the focal areas of REDD+ and adaptation. The targets were set at EUR 350 million for REDD+ and 1/3 of contributions for adaptation. Mitigation activities for low carbon technologies received the most finance -EUR 250 million-and were funneled to activities through the multilateral Clean Technology Fund.

Vieweg-Mersmann says the Copenhagen Accord is vague on several definitions, which makes collecting accurate data and following financial flows difficult. For example, the Copenhagen Accord calls for ”balanced” allocation between mitigation and adaptation without defining what it means to be balanced, causing several interpretations to develop around the term.

The complexities and lack of clarity surrounding FSF played a big part in Germany falling short of its REDD+ goal, Vieweg-Mersmann says. Germany allocated just EUR 190 million of its REDD+ commitment. When tracking REDD+ finance, it is unclear how to evaluate different financial sources and financial products like grants and loans, she says. Germany faced difficulties finding effective ways to spend the funds on both REDD+ and adaptation.

“Designing ways to channel larger amounts of finance toward the recipient countries is especially important for REDD,” Vieweg-Mersmann says.

While Vieweg-Mersmann would say the REDD sector is better coordinated than others, stronger joint efforts and cooperation between governments and organizations are needed in REDD as well as other areas.

In terms of why Germany was successful in surpassing their FSF commitment, Vieweg-Mersmann credits the environment ministry’s involvement and support as a primary reason. The Federal Ministry of the Environment, Nature Conservation, and Nuclear Safety (BMU) and the Federal Ministry for Economic Cooperation and Development (BMZ) both receive funding through the German federal budget for climate-related assistance.

Germany’s climate financial structure was another main reason for success. By committing climate finance to developing countries prior to FSF, Germany put in place the necessary institutions and budgetary arrangements to prepare them for FSF.

Germany’s implementing agencies-German Agency for International Cooperation (GIZ) and the development bank KfW- are active in ICI projects and key for communication purposes. The GIZ is focused on capacity building and acts as a technical and strategic advisor to the BMZ while KfW is a development bank. All projects funded by the BMZ were developed by either GIZ or the German embassy.

Utilizing innovative sources such as the ETS auction revenue gives countries options and opportunities to generate more resources for climate finance, the report says, and is an important reason why Germany was able to exceed its FSF target.

Based on the data, the report also includes possible opportunities and threats for future climate finance. Opportunities include the empowerment and enhancement of developing countries’ environment ministries, as well as mixing revenue sources at the national and international level.

Threats include a lack of capacity in developing countries that are unable to access funding from various channels, as well as the lack of a stable carbon price signal to back emissions trading revenues as a source of climate finance.

Other key lessons learned were the importance of national private sector engagement to ensure the sustainability and longevity of projects outcomes and the fact that climate change is more than an environmental problem but also a development issue, which means implementing projects requires several sectors and government departments.