Forest Carbon Group and Forest Finance Group have decided to pool their sales operations to market their forestry-based emission-reduction projects to commercial and private customers across Europe, with a portfolio of products verified under the Gold Standard and the Verified Carbon Standard. 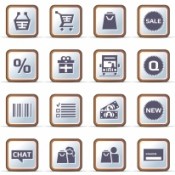 Forest Carbon Group and Forest Finance Group have decided to pool their sales operations to market their forestry-based emission-reduction projects to commercial and private customers across Europe, with a portfolio of products verified under the Gold Standard and the Verified Carbon Standard.

24 June 2013 | Germany’s forest-carbon market is fairly small compared to the market for renewable energy offsets, and people from Frankfurt-based Forest Carbon Group and Hamburg-based Forest Finance Group found themselves not only bumping into each other at conferences, but referring clients to each other as well, says Michael Sahm, FCG’s Director of Strategic Marketing and External Affairs. After a while, they figured it might make sense to join forces and offer project options to their clients together. The result is a formal marketing agreement between FFG subsidiary CO2OL and FCG announced June 6.

CO2OL is a division of the Forest Finance Group and offers eight projects, mostly reforestation and afforestation, in Latin America, Asia, Africa and Germany. It has a broad client base in several industries, including events/trade fairs, hotels, transportation/mobility and individual company projects that combine climate impact with green investment.

Manufacturing companies were the leading buyers of offsets in 2012, when they transacted 8 million tonnes of carbon dioxide equivalent (MtCO2e), according to the State of the Voluntary Carbon Markets 2013 report published by Forest Trends’ Ecosystem Marketplace. Energy utilities, primarily those based in Europe, were next in line, transacting 7.2 MtCO2e. The transportation sector – particularly aviation – was behind another 4 MtCO2e of transacted offsets.

“Some companies really want to walk the talk and offset their product emissions,” Sahm says. “They need large volumes.”

The European private sector, including offset retailers and regulated energy utilities, was the market’s biggest voluntary buyer by region – contracting 43 MtCO2e of offsets even in the face of significant challenges to Europe’s mandatory carbon market, the report notes.

Forest Carbon Group has developed its projects jointly under the Verified Carbon Standard (VCS) and the Climate, Community & Biodiversity (CCB) standard, while CO2OL has developed three forest-carbon projects certified under the CarbonFix standard as well as a landfill project that is certified under the Gold Standard and a handful of projects certified by the Forest Stewardship Council (FSC). The CarbonFix projects will be transitioned to the Gold Standard, says Dirk Walterspacher, Managing Director of Carbon Business. Projects must undergo a one-month public comment period since the CarbonFix standard projects are not automatically converted to Gold Standard. The transition process started in September 2012 and will hopefully be finished in late 2013 or early 2014, he says.

Offset projects certified to the Gold Standard continued their steady market ascent, with voluntary buyers contracting a total volume of 10 MtCO2e from Gold Standard voluntary projects in 2012, according to the report. Ecosystem Marketplace will likely add forestry to the roster of Gold Standard-supported project types in its next report following the standard’s expansion into land use carbon offset certification due to its 2012 CarbonFix Standard acquisition for afforestation/reforestation projects.

“I think it’s a great thing [Gold Standard is] evolving into the land use space because I think it’s necessary,” Sahm says. “The remaining question is what is going to happen with the buyers, to what extent they accept that there are two standards.”

Buyers will be able to choose to buy offsets from projects certified to the new Gold Standard or the VCS + CCB standards, depending on which standard they prefer.

“From a sales point of view, it would be nice to have one globally accepted standard, which is not the case,” he adds.

Offsets certified to CarbonFix or Gold Standard commanded the highest average prices ($10.7/tCO2e and $10/tCO2e, respectively) in 2012, though both average prices were slightly to significantly lower than 2011 levels, according to the report.

Sahm says CCB is a good standard and company officials thought that Gold Standard had accepted not being in the land use space. But the Gold Standard’s announcement that it was entering the land-use space created some confusion for clients, although most clients would defer to Forest Carbon Group on the quality of the standard, he notes.

The sustainable forest management sector has competing standards that have managed to maintain market share, Sahm noted. “As long as the cake is big enough and growing, that shouldn’t be a problem,” he says.

Asia is not a major stronghold for either company as it is not a focus for their European clients, but Forest Finance does offer one project in Vietnam that Forest Carbon Group can offer to its clients, Sahm says. But projects in Africa and Latin America are “very popular” with many of Forest Carbon Group’s larger clients, who want to attach their offsetting programs to product lines in these countries, he says.

Forest Carbon Group’s large clients generally tend to prefer to diversify their portfolios, with forest offset comprising a portion of their overall offset portfolios, with orders for significantly large forestry transactions occurring about once a year, Sahm says.

“They want to be on the safe side,” he says. “It’s very rare that someone says ‘give us a million forestry offsets.’ That’s paradise, but it doesn’t happen often. Those big corporate moves are still rather rare.”

Efficiency has been the preferred project type in Germany, due in large part to pushback against forestry projects from NGOs, but that is starting to change. “It gives us a much, much better footing in the market and shows the issue of forest carbon/land use carbon has found a much better acceptance,” Sahm says.

“Offsetting was always perceived with a bit of mistrust and suspicion,” he adds. “The idea of offsetting has been seen as much more positive.”