Gender mainstreaming in REDD+ has taken a tremendous leap forward in recent months with the introduction of practical tools and standards that measure the consideration and integration of gender in REDD+ activities at both the national and subnational levels. Here is a look at some of the tools that have emerged in the first half of 2013 and the policies driving their creation. 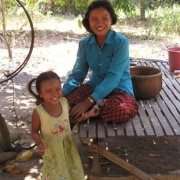 Gender mainstreaming in REDD+ has taken a tremendous leap forward in recent months with the introduction of practical tools and standards that measure the consideration and integration of gender in REDD+ activities at both the national and subnational levels. Here is a look at some of the tools that have emerged in the first half of 2013 and the policies driving their creation.

23 September 2013 |The revision of the Climate Community Biodiversity (CCB) standards, the launch of the Women’s Carbon Standard (WCS), and the release of the Action Steps booklet by Women’s Environment & Development Organization (WEDO) and REDD+ Social and Environmental Standard (REDD+ SES) – all mark important advances in this long-overdue effort.

These tools have come about as a result of a growing recognition that mainstreaming gender throughout REDD+ processes and activities had been neglected in earlier discussions and that a great deal could be gained by better integration.

Similarly, in the voluntary carbon market, buyers have demonstrated a growing interest beyond greenhouse gas emissions reductions in REDD+ co-benefits linked to biodiversity, rural development, and watershed protection. According to Forest Trends’ State of the Voluntary Carbon Markets 2013 report, “Standards…are responding to intensified corporate interest in measuring and verifying the delivery of ‘non-carbon’ project attributes.”

Consequently, attention has turned to the role of women in REDD projects along with the realization that women’s active participation in management and implementation of project actions to reduce deforestation will lead to more equitable and sustainable results.

This is particularly true for companies such as those in the fashion and cosmetics industries that orient their production towards women. It is also believed that the market may reward projects that are able to demonstrate achievements in gender mainstreaming and women’s empowerment with a premium.

In March 2013, the Climate Community Biodiversity Alliance released the draft third edition of the CCB standards. While the second edition mentioned gender in the context of inclusive consultations and access to employment opportunities, the new edition proposes additional language to encourage measures to promote the effective participation of women.

It also more clearly defines gender as a criteria for identifying marginalized groups, which receive special attention throughout the document. The new draft also states that capacity building efforts for project workers should target a wide range of people in these communities, with special attention to women.

Perhaps most critically, the new draft calls for project developers to “demonstrate that the project generates net positive impacts on the well-being of women and that women participate in or influence decision-making.”

While the third edition is currently still under review, these revisions, if approved, will provide the impetus for more proactive efforts that go beyond the “do no harm” minimum to actually demonstrate positive impacts. Both new and existing projects will need to adhere to the new version of the standards once they are adopted.

In April, the launch of the WCS by the Bangkok-based organization Women Organizing for Change in Agriculture and Natural Resources Management marked another milestone. This new comprehensive standard establishes a means by which to integrate and measure women’s empowerment and participation and to reward efforts to address women’s concerns in project development. The WCS is designed to be integrated with carbon projects, but it is actually relevant to a wide range of rural development activities.

Representative of a growing trend of supporting results-based approaches to development assistance, the WCS offers a useful tool to demonstrate progress against a clear set of benchmarks. The criteria have been developed by gender experts and have undergone broad consultation in an effort to find the right balance between broadly applicable standards and flexibility in local contexts. The criteria focus on a set of six general domains: income and assets, time, education and knowledge, leadership, food security, and health.

The first three projects seeking approval under the WCS are in the Mekong region and are funded by the Asian Development Bank.

At the Bonn Climate Change Conference in June, WEDO and REDD+ SES released a booklet to guide national integration of gender within the system of international REDD+ safeguards. The “From research to action, leaf by leaf: getting gender right in the REDD+ Social and Environmental Standards” booklet provides a set of three action checklists which allow self evaluation along a spectrum from “not yet gender sensitive” to “gender transformative.”

Still a Long Way to go

In the last six months, there has been demonstrable progress in providing REDD+ project developers and national program managers with standards and tools to guide actions to mainstream gender in REDD+. For some project developers already cognizant of gender and women’s needs, taking up the suggestions contained in the standards will be relatively easy and require few additional resources.

For instance, some project developers may simply need to conduct a baseline assessment and begin to collect gender differentiated data to measure results. However, national programs and subnational initiatives with a lower baseline will require substantial resources to address gender issues and women’s empowerment, and in some cases, external expertise.

In order to maintain the momentum which has been created this year, it is important that additional resources from both public and private sources are committed to address gender mainstreaming in REDD+. These resources should test the implementation of the tools and standards through practical initiatives and project activities which deliver benefits down to the local men and women managing forests.

Amanda Bradley is the Senior Manager for Social and Community Benefits at TerraCarbon, an advisory firm that supports the development of forest and land based carbon projects.