In Late 2004, Australia's CO2 Group Ltd. became the first company in the world to receive accreditation for the sale of forest-based carbon sequestration credits in a functioning GHG emissions markets. The Ecosystem Marketplace takes a look at the transaction and asks how it fits in with similar attempts to deal with the issue of forest-based sequestration worldwide. 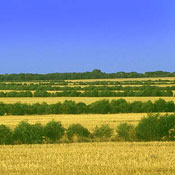 Despite these differences, Baalman stresses that, in practice the California and NSW rules "are fundamentally quite similar". In other words, as rules and regulations for including forest-based sequestration in any GHG emissions trading scheme are developed independently in places like Australia, California, and Europe, there is still hope that the schemes will be sufficiently similar to one day allow for harmonization and trading across the various countries. If and when that happens, CO2 Group Ltd, Forests NSW, and Hancock Natural Resources Group, could be well placed to capitalize on emerging opportunities. Phil Dickie is an Australian freelance journalist who can be contacted through www.melaleucamedia.com.au