Mitigation and Ecosystem Bankers from across the US are gathering in Sacramento, California for the country’s biggest gathering of folks involved or interested in wetland mitigation banking, conservation banking, and issues at the very cutting edge in the non-carbon market world. Becca Madsen of Madsen Environmental is providing day-by-day on the Eko-Eco Blog 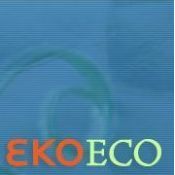 Mitigation and Ecosystem Bankers from across the US are gathering in Sacramento, California for the country’s biggest gathering of folks involved or interested in wetland mitigation banking, conservation banking, and issues at the very cutting edge in the non-carbon market world. Becca Madsen of Madsen Environmental is providing day-by-day on the Eko-Eco Blog

This work originally appeared on the Eko-Eco Blog.   You can follow the original here.

This session focused one of the newest elements in conservation banking — banking for aquatic species. So far in the US, the only activity has been in California and Oregon (that we know of).

Moderator Maura Eagan Moody, with NMFS/NOAA noted that a 2008 book on Conservation & Biodiversity Banking described fish banking as ‘up & coming’ area of mitigation banking… and there is still a great deal of interest. Ms. Moody noted that she knew of at least 5-10 banks in development that will include some type of fish credit.

Julie Mentzer, of Wildlands discussed the Liberty Island Conservation Bank for Salmon, Delta Smelt and Longfin Smelt. The story of the bank is tied up with the complexities of the area’s levees and flooding, numerous agencies (9!) requiring permits for the project, along with the known and unknown needs of the species. The bank is located in the California inland delta, in the Yolo bypass area. It’s surrounded by water – thus the ‘Island’ in the name of the bank. The land, as is the case of many mitigation banks, was previously farmed (through 1997). Wildlands created the bank because there was demand for credits from projects involving flood control, levee repair, and dredging. Although Ms. Mentzer noted that research on what the species needs is still ongoing, they decided to move forward with the bank based on best available science. The organization is continuing their work on fish banks with the new 700-acre North Delta Conservation Bank.

Next up, Michael McCollum of McCollum Associates, spoke about the East Austin Conservation Bank that was created for salmon. His project involved turning a sterile environment into a salmon-friendly stream. Logs were installed in the headwater stream that created pools and ripples, and the design allowed sediment to be washed out of the substrate, leaving the kind of gravel stream beds that salmon like. And then in came the salmon… in backpacks. Yep, fish backpacks. They exist. In this case, CA DFG reared genetically-consistent baby salmon in their fish hatcheries and then brought them into the new conservation bank. Monitoring later showed the juvenile fish were doing fine. The service area of the bank includes the Russian River watershed (primary service area) and a larger area outside the watershed that can be used for temporary impacts at NMFS discretion.

Howard Brown, Fisheries Biologist for NMFS/NOAA, noted that there is a general culture of distrust in the agencies in regards to conservation banking for migratory species. But Mr. Brown noted banking can be appropriate when the species is predictable in terms of where they are and where they are going – as was the case with salmon and steelhead. Mr. Brown went through the process of the agency’s thinking about applying banking systems to migratory species. The agency first thought broadly about the full range of the species range, and then more and more narrowly about population segments and recovery domains. The life cycle of the species also needed to be incorporated: where the species are and when (eg – spawning in upper parts of watersheds, rearing lower down).

Banking can be appropriate if it addressed the threats/stressors and limiting factors of the species: loss of habitat (floodplain, riparian), fish passage constraints, loss of spawning habitat, and altered river flows. Finally, species recovery plans can be used as a model for a conservation bank.

Mr. Brown noted that there was a need for new approaches to credit systems because area-based approaches don’t always address threats. There is also an opportunity to find a way to incorporate the site-specific monitoring of conservation banks into more regional species monitoring efforts. He noted the need for policy guidance for the agencies: “This is new business to us and we’re struggling with it… we’re faced with the challenge internally of communicating this new system.” Finally, he noted that the three existing banks in California addressed the juvenile rearing and growth part of the species’ life cycle, but there could be opportunities for banking for other parts of the life cycle (spawning, migration) further upstream.

Colonel William J. Leady, District Engineer, US ACE, Sacramento District, started the plenary session by discussing the background of the US ACE. Col. Leady noted that the US ACE’s regulatory mission given by Congress is a permitting program. He joked that it was not a permit denying program, but continued that the agency had to balance permitting that protects aquatic resources with development pressures. “That’s a job that makes very few people happy,” he noted. He concluded by noting “…in the end, we all have this common goal of preserving the nation’s aquatic resources while allowing sustainable development, but it’s not easy to achieve.”

Next up was a speaker from the Caliifornia Department of Fish and Game (CA DFG) – Kevin Hunting, Chief Deputy Director. CA DFG is the agency that oversees (along with US FWS) conservation and mitigation banking in California. That agency, of note, recently put a moratorium on permitting new mitigation banks due to lack of funding. Mr. Hunting noted that his agency believed that “conservation banking is a high value conservation endeavor.” He noted that the agency has been in the banking arena for nearly 20 years. He was most proud of the agency’s effort to develop a standard banking instrument that could accomplish all regulatory rules.

Mr. Hunting addressed CA DFG’s budget cuts and reduced capacity and noted that the agency believed conservation banking was a high-value program and “…we’re committed to having a robust program as soon as we can.”

The final speaker was Michael Bean, Counsel to the Assistant Secretary for Fish and Wildlife and Parks, U.S. Department of the Interior (US DOI). Mr. Bean noted that the US Fish and Wildlife Service (US FWS) first published its first policy on conservation banking 9 years ago. He provided some statistics: 105 approved banks, in 10 different states, covering 60 endangered species. He noted “Much more could be, and frankly should be, done with conservation banking… I don’t mean to suggest that banks are the most appropriate for every listed species, but they can be useful for many more species than for 60 species.” Training of US FWS staff was identified as a need in moving conservation banking forward, and Mr. Bean noted new trainings that had been developed and given, which he believed would “help clarify the efficiency and effectiveness” of regulatory oversight.

Mr. Bean also encouraged the audience to provide public comments on an advanced notice of rule-making. Input is requested on UW FWS’ various incentives for species conservation on private lands – including conservation banking and ‘pre-compliance’ banking that would provide ‘credit’ for investment taken prior to a species’ listing.

The audience was feeling a bit shy, so here are two questions addressed to Michael Bean.

Q: Question regarding trust species and natural gas development.
A: The LEAP program is under development. There is to be a pilot test in Wyoming – to create online maps and resources. The original focus was on energy development, but its principles are applicable to any development.

Q: Regarding banking for pre-compliance species – what would be the regulatory driver that would create demand for a banker?
A: With the caveat that this is an advanced rule-making to allow public to tell us if this idea makes sense… the idea is that there might be some parties interested in investing in candidate species prior to listing if their investment today could be used later in the event that a species became listed. An organization would be motivated by the expectation that it could use credits if the species becomes listed.

—
Join us tomorrow for our continued coverage of the National Mitigation and Ecosystem Banking Conference.