Small-holder farmers in Kenya are changing their farming practices and earning carbon credits. This is a result of the first soil carbon project approved in Africa, which seeks to improve food security, help address climate change, and improve the lives and livelihoods of rural dwellers who today live in poverty. 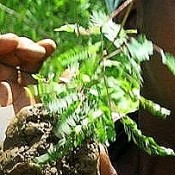 NOTE:   This article is a breaking story.   It will be expanded and re-posted as a top story within the next week.

3 November 2010 | THE HAGUE | Netherlands | Small-holder farmers in Kenya are changing their farming practices and earning carbon credits. This is a result of the first soil carbon project approved in Africa, which seeks to improve food security, help address climate change, and improve the lives and livelihoods of rural dwellers who today live in poverty. The agreement to purchase the carbon credits which the project generates, the Emission Reductions Purchase Agreement (ERPA), was signed today in a ceremony held at the Global Conference on Agriculture, Food Security and Climate Change in The Hague.   Representatives from the Ministry of Agriculture in Kenya, Vi Agroforestry and the World Bank presented the project to the media and delegates at the Investment Fair of the conference.

The agreement adds the benefits of carbon finance to a sustainable agricultural land management project based on changes in the practices of farmers in Kenya which not only increase productivity but also sequester carbon dioxide from the atmosphere. The project, developed with the support of the Africa Region of the World Bank, generates carbon credits which are sold to the BioCarbon Fund. It allows small-holder farmers in Kenya to access the carbon market and receive carbon revenues through the adoption of productivity enhancing practices and technologies.

Not only is this the first project that sells soil carbon credits in Africa, but it is also paving the way for a new approach to carbon accounting methodologies, which do not yet exist for this nascent area. As Kenya ramps up its participation in carbon markets, this project illustrates concretely how carbon finance can support both the environment and generate revenues for local communities. Although the value of the ERPA exceeds this, the direct benefit to communities is over $350,000 with an initial payment of $80,000 to be made in the first year, 2011, based on project performance with payments for the sequestered carbon.

The Kenya Agricultural Carbon Project, implemented by the Swedish non-governmental organization Vi Agroforestry, is located on 45,000 hectares in the Nyanza Province and Western Province of Kenya. There, small-holder farmers and small-scale business entrepreneurs are trained in diverse cropland management techniques such as covering crops, crop rotation, compost management and agroforestry.   These practices increase the yield of the land and generate additional sources of income for the farmers through the payment for environmental services in the form of carbon credits.

“We are proud to be part of the development of this ground-breaking project. The development of a new methodology for carbon sequestration in agriculture has great direct benefits for the farmers in Kenya and tremendous potential for scaling up. Without the support of the World Bank and the Kenyan Government, this project would not have been possible”, says Henrik Brundin of Vi Agroforestry.

The project is an example of a triple win strategy: implementing policies and programs that will, first, increase farm productivity and incomes; second, make agriculture more resilient to variations in climate, and thus promote stability and security; and, third, help make the agriculture sector part of the solution to the climate change problem rather than part of the problem.

“The approval of this first soil carbon project in Africa is an important step in extending carbon finance to include agriculture. The potential for carbon sequestration in the soil is estimated at 5.5 gigatons annually with good land management practices, equivalent to 13% of current emissions from all sectors. So soil carbon has a huge contribution to make to addressing the climate change challenge”, says Dr. Andrew Steer, Special Envoy for Climate Change, World Bank.

The BioCarbon Fund is an initiative with public and private contributions, administered by the World Bank.   It purchases emission reductions from afforestation and reforestation projects under the CDM, as well as from land-use sector projects outside the CDM, such as projects that reduce emissions from deforestation and forest degradation and increase carbon sequestration in soils through improved agriculture practices. In addition, the BioCarbon Fund, which was created to help open the carbon market, develops methodologies and tools that are in the public domain.