The Intergovernmental Panel on Climate Change today has confirmed that human influence has played a big part in warming temperatures and urges the global community to reduce greenhouse gas emissions and prevent the situation from getting worse. The UNFCCC supports this saying the world has made significant progress and has the technology and funds to scale up their efforts. 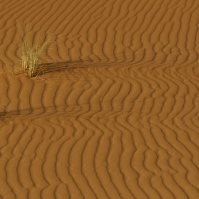 The Intergovernmental Panel on Climate Change today has confirmed that human influence has played a big part in warming temperatures and urges the global community to reduce greenhouse gas emissions and prevent the situation from getting worse. The UNFCCC supports this saying the world has made significant progress and has the technology and funds to scale up their efforts.

The report, the IPCC’s Fifth Assessment (AR5) includes a portion where over 600 contributing authors from 32 countries concluded that, “human influence on the climate system is clear.” The panel assessed over 9,000 peer-reviewed studies and roughly 54,000 comments before coming to this conclusion.

“The report shows that there is more clarity about human-generated climate change than ever before,” says Figueres. “We know that the total effort to limit warming does not add up to what is needed to bend the emissions curve. To steer humanity out of the high danger zone, governments must step up immediate climate action and craft an agreement in 2015 that helps to scale up and speed up the global response.”

The findings appear in the Summary for Policymakers part of the Working Group I: Climate Change 2013: the Physical Science Basis. IPCC’s assessment confirmed at a 95% likelihood that human impacts are the dominant cause of global warming. Report authors increased their level of confidence to extremely likely.

They also confirmed that the rate of climate change impacts has increased. The assessment notes, “over the last decades, the Greenland and Antarctic ice sheets have been losing mass, glaciers have continued to shrink almost worldwide, and Arctic sea ice and Northern Hemisphere spring snow cover have continued to decrease in extent.”

In a universal climate agreement, governments in the UNFCCC have agreed to limit warming past 2 degrees Celsius and to measure the adequacy and progress of this goal. This agreement will end in 2015 with the start of a new agreement that will set new goals based on the previous progress.

Limiting warming and reducing emissions is needed as the IPCC report notes that, “substantial and sustained reductions of greenhouse gases,” is necessary to curb climate change. Climate models have improved since IPCC’s last assessment in 2007. “Continued emissions of greenhouse gases will cause further warming and changes in all components of the climate system,” report authors say.

Figueres believes this knowledge allows the global community to act on climate change.

“As the results from the latest and best available science become clearer, the challenge becomes more daunting, but simultaneously the solutions become more apparent,” she says. “These opportunities need to be grasped across society in mutually reinforcing ways by governments at all levels, by corporations, by civil society and by individuals.”

The IPCC is the most comprehensive and robust assessment on climate change research to date. The UN Environmental Programme and the World Meteorological Organization launched it in 1988 to analyze not only the scientific and environmental aspects of a changing climate but also the socioeconomic impacts of climate change.

The next UN climate change talks will take place in Warsaw, Poland in November where these scientific findings on climate change will be discussed. Then in March of next year, the IPCC will release the second installment of AR5 which will address impacts and vulnerabilities. The following month, a third part outlining options to curb rising greenhouse gases will come out and the final installment will be published in October 2014 before the UN Climate Change Conference in Lima, Peru. That assessment will be an overall summary of the issues for policymakers.

“Thankfully, momentum to fight climate change is building,” Figueres says. “We know that success is possible. We have the technology, funding and ability to respond. The many successes at domestic, international and private sector levels to build a low-carbon society shine light on the way forward, but we do need to quickly go to scale.”