With the current US Farm Bill set to expire on April 18, legislators are scrambling to hammer out a replacement. The result will have long-lasting ramification for ecosystem markets in the United States, and the Ecosystem Marketplace takes a look at what’s on the table. 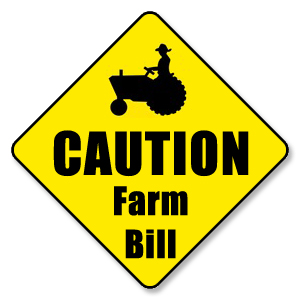 With the current US Farm Bill set to expire on April 18, legislators are scrambling to hammer out a replacement. The result will have long-lasting ramification for ecosystem markets in the United States, and the Ecosystem Marketplace takes a look at what’s on the table.

5 April 2008 | It’s easy to imagine the bittersweet jokes cracked by American farmers after waiting more than a year for a new Farm Bill: How the world would starve if they planted on Washington’s schedule.

The last Farm Bill—officially, the Farm Security and Rural Investment Act of 2002—expired last September. And while the House had its bill by July, the Senate didn’t complete work until December.

The bills must now be reconciled via conference, but legislators whiffed on their original March 15 deadline. April 18 is the new deadline, and the Bush Administration has made it clear it does not want another short-term extension.

The Stakes for Ecosystem Markets

The shape of final Farm Bill could cast a long shadow in the evolution of ecosystem markets in the United States. Conservation programs that protect millions of acres face stiff budgetary and market pressures. And fledgling efforts to standardize and solidify emerging ecosystem markets could receive enough funding for take-off—or get wiped away in a last-second compromise.

The Administration’s original farm bill template included last year’s proposal by Mark Rey, Under Secretary for Natural Resources and the Environment at the Department of Agriculture, to create an Environmental Services Standards Board to provide standardization and oversight for ecosystem-based markets.

The House version of the bill supports a standards board, and adds language to clarify performance standards, baselines, third-party verification and certification. Under its provisions, the Environmental Services Standards Board would be chaired by the USDA and involve secretaries from the Departments of Interior, Energy, Commerce, and Transportation. The EPA administrator and the commander of the Army Corps of Engineers would also participate.

The board would oversee the “development of consistent standards and processes for quantifying environmental benefits”. It would promote reporting and credit registries, including those needed for third party verification and certification. And it would promote “actions that facilitate the development and functioning of private-sector market-based approaches for environmental goods and services involving agriculture and forestry.”

The Senate bill is less proscriptive, directing USDA to build a framework for the participation of farmers and landowners in environmental services markets. The collaborative process it suggests includes government agencies, universities, not-for-profits, financial institutions that trade environmental services, and representatives from the farm and forestry sectors. The bill requires USDA to establish uniform standards, design accounting procedures, and establish a registry and reporting repository for participants. The senate bill gives priority to carbon markets, but only provides for “sums as are necessary”.

“These markets are taking off,” argues Rey. “Rather than having everybody involved in the markets trying to develop their own standard, the markets will progress faster, in a more stable fashion, if there is somebody actually charged with setting the common standard. It’s hard to have a well-functioning market if you’ve got seven different currencies that are not interchangeable, and that’s the risk that I think the marketplace faces if there isn’t some kind of effort to develop standards that are broadly agreed upon.”

Trying to gauge the prospects of the Environmental Services Standards Board is like trying to read tea leaves-in a cup of coffee. It’s such a small piece of the overall bill that it could easily get lost in the shuffle of budget-balancing tradeoffs. The legislature and the administration are about $10 billion apart, and conservation historically suffers when funding becomes an issue. The provision has no strong legislative champion-no ranking committee member promising to shepherd it through.

Both bills include some version of the proposal, though if the Senate version wins out the lack of explicit funding could leave the initiative open to the vagaries of annual appropriations battles. It’s also possible that if it dies in the farm bill, perhaps the carbon elements could get resurrected in some of the greenhouse gas bills under consideration.

Indeed, it’s the larger conservation picture that has many organizations concerned.

The 2002 edition of the farm bill provided $274 billion over five years. The largest chunk—41 percent—funded food stamps and nutrition programs, while 35 percent went directly to farmers in the form of subsidies and price supports for commodity crops such as wheat, corn, and peanuts. Another 17 percent supported rural development, research, marketing, regulation and administration, while the last seven percent went to fund natural resources and conservation programs.

Although it’s the smallest portion of the farm bill, that seven percent is the largest pot of environmental money in the federal budget, and the bulk of it goes to the Conservation Reserve Program (CRP).

Begun in 1985, the CRP pays landowners to keep marginal land out of production; as of November, 2006, 36.7 million acres were enrolled. The rationale is that for some marginal croplands, environmental returns such as grassland habitat, wetlands, and soil stabilization are worth more than the crops that would otherwise be grown. In essence, instead of direct payments to farmers for commodities, the government is instead paying for ecosystem services.

Farm bill conservation programs are popular and voluntary, and worked well when crop prices were low. Indeed, the programs have consistently run a waiting list: in 2004, for example, 3/4 of the Farm Bill conservation title applications submitted to the USDA’s Natural Resources Conservation Service were rejected for lack of funding.

But now that crop prices are soaring, many farmers are pulling acres from CRP; South Dakota alone is expected to lose 300,000 acres this year from CRP to grow crops. Adding to this formidable market pressure, one of the proposals floated by the House conferees is to cut CRP acreage by 18 percent.

Combined with this market pressure, the lack of political support for farm bill conservation could harm ecosystem markets in the long run. The farm community is probably more likely to understand ecosystem services than the average public. They understand land as a bundle of rights. Perhaps more importantly, they understand working land: that there is a wide range of costs and benefits associated with land management choices. The conservation title of the farm bill probably helps tilt the field toward payment for ecosystem services.

An even worse scenario could unfold if no agreement is reached and the current bill is extended for a year, as the Bush Administration now advocates. Funding for the Grassland and Wetland Reserve Program was not included in the 2002 bill.

“They would cease to exist because the baseline funding isn’t there,” explains Geoff Mullins, who follows farm bill policy for the Theodore Roosevelt Conservation Partnership. “That would be devastating to conservation. There is definitely need for a strong conservation title to make that program more competitive with the current market at play today.”

Erik Ness is a regular contributor to the Ecosystem Marketplace. He may be reached through his website at: http://erikness.com.