Support for allowing international offset credits based on REDD+ in California’s cap-and-trade program predates the program’s launch. Months after the state’s carbon mitigation program became fully operational, the REDD+ Offset Working Group presents its draft recommendations for the inclusion of REDD+ credits in the Golden State’s program – here we unpack the domestic and international importance that state endorsement carries. 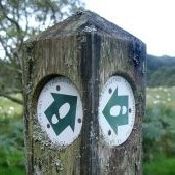 FEBRUARY 21, 2013 | In November 2010, the Governors of California, Chiapas and Acre – all members of the Governors’ Climate and Forests Task Force (GCF) – signed a Memorandum of Understanding to promote collaborative efforts to reduce emissions from deforestation and forest degradation (REDD+). Through the MOU, the REDD+ Offset Working Group (ROW) was created February 2011, tasking 11 technical experts with providing guidance on the policy, legal framework and performance standards participating governments should consider regarding the recognition of REDD-based offsets in California’s recently launched cap-and-trade program. One year later, the ROW releases its draft recommendations, presenting a number of architectural options for REDD+ in California’s program, and – of equal importance – a sign that REDD+ inclusion is possible.

The group is also co-hosting a series of three workshops with three California-based universities; each workshop is focused on different, REDD+ topics. The first workshop was held in Stanford University on February 5th, providing an overview of the recommendations and discussion on reference levels; monitoring, reporting and verifying (MRV); and additionality.

Among the key takeaways of the workshop was a clarification of the type of REDD+ scheme that the group is advocating for (i.e. jurisdictional REDD+). Jurisdictional REDD+ presents an opportunity for both developing countries to include current, stand-alone REDD+ projects in broader REDD+ schemes, and developed countries to invest in programs with a greater permanence and lower leakage probability than stand-alone projects.

There’s more where that came from…

The issue of supply was also addressed in the recommendations on the assumption that Brazil’s Acre and Mexico’s Chiapas are the “Partner Jurisdictions”. If so, the potential supply of REDD+ credits stemming from Partner Jurisdictions is higher than the approximately 100 million tons of international, sector-based, CO2 offsets that California would allow through the program’s first three compliance periods.

According to the ROW, California is currently the only greenhouse gas (GHG) compliance system that is “actively considering the inclusion of REDD+ in its program.” Consequently, the state’s verdict on REDD+ offsets could influence similar decisions other countries are simultaneously facing regarding REDD+ support.

ROW member Dan Nepstad, who is the Amazon Environmental Research Institute (IPAM)’s International Program Director, adds that one of the overarching aims behind the recommendations is “for the California model to be adopted by other cap and trade programs or pay-for-performance strategies, hopefully helping Partner Jurisdictions become compatible with other systems.”

With an exemplary trajectory in domestic environmental policy, it is no wonder California is not planning on taking on just any partners in this potential linkage. Environmental Defense Fund (EDF)’s Director of Tropical Forest Policy and ROW member Steve Schwartzman says, “California regulators have been consistently clear that any [international] offset providers would have to prove they’re making their own effort.” Recognizing the economic incentive behind allowing regulated entities to use offsets over allowances, Schwartzman goes on to say, “California doesn’t just want to lower compliance costs, it also wants to be an international environmental leader.”

Knowing this pre-existing requirement, the ROW suggests that Acre and Chiapas demonstrate their own effort in reducing emissions by setting a crediting baseline lower than the jurisdiction’s reference level, leading once more to the possibility of a greater supply than Californian demand of REDD+ credits. However, there are two important areas to note at this point – own effort from current and potential Partner Jurisdictions and additional sources of demand.

In terms of own effort, the states of the Brazilian Amazon, including Acre, have already achieved emission reductions comparable to reductions from all European Union countries from 2008 to 2010 at a fraction of the cost – a 1/1000th of the cost approximately – while increasing agricultural and cattle expansion, demonstrating that states have the capacity and motivation to create significant changes in their rural development business models. Additionally, the Governor of Acre along with the Governor of Mato Grosso – another member of the GCF – has mentioned that their primary concern is not full compensation for all emissions reductions achieved.

According to Nepstad, the Brazilian jurisdictions are focused in the near term, mainly on covering costs of their REDD programs and attracting new investments into their states.

Chiapas – despite not having the emission reduction figures, monitoring technology nor legal framework of Acre – has also shown initiative to partake in REDD+ through numerous stakeholder consultations. The Mexican state stands a few years behind Acre in terms of preparedness to engage with California; however, the process of recognizing and transacting REDD+ credits may also take a few years, during which the state can continue adding to their “own efforts” and building the capacity necessary to implement a jurisdictional REDD+ scheme appropriate for linkage with California’s program.

The road that needs to be taken

Despite some Partner Jurisdictions possibly not seeking to gain monetary profits for their reductions in the near term, remuneration covering reduction costs is still necessary. For these expenses, Partner Jurisdictions will have to seek financing pathways that are available today – including national, multilateral and bilateral sources.

In terms of alternative markets, the ROW notes that “the administrative burden of selling to multiple markets could be reduced if the Partner Jurisdictions issue credits themselves for reductions achieved under their own programs or register these reductions with widely recognized third-party programs where a single ‘currency’ could potentially serve a variety of voluntary and regulatory markets.” Considering these comments, partnering with an independent carbon standard – like Acre, Costa Rica and Chile have – might be beneficial. The ROW recommends that Partner Jurisdictions that are improving their capacity to accurately measure their forest carbon emissions should qualify for more credits – inside or outside of California’s system.

The recommendations naturally have received mixed feedback from a broad spectrum of REDD+ actors. The ever-present concerns over safeguards and MRV capabilities remain at the top of the areas of apprehension list. Concerned stakeholders have an opportunity to voice their concerns at upcoming workshops and in writing during the recommendations’ public commenting period, which will be open until April 30th. Shortly after the comment period, final recommendations will be presented to the Governors of Acre, California and Chiapas.

The group hopes to see California take action on the topic in the next few years. “In terms of rule-making, if there is an appetite for moving forward with including REDD+ credits in the program, we could see the state making moves starting next year,” says ROW member Toby Janson-Smith, Conservation International’s Senior Director of Forest Carbon Markets. “It’s reasonable to say that we could see credits in California’s [cap-and-trade] program in the second compliance period,” scheduled to begin 2015.

Meanwhile, the ROW’s next workshop – focusing on benefits sharing and safeguards – is programmed for March 26th at the University of California, Davis.

Selene Castillo is the Carbon Markets Program Research Assistant at Ecosystem Marketplace. She can be reached at scastillo@ecosystemmarketplace.com.