9 March 2015 | The European Union (EU) on Friday submitted its Intended Nationally Determined Contribution (INDC) to the UN Framework Convention on Climate Change (UNFCCC), and land use was not part of it. “The INDC was altered from a draft version that included land use in the 2030 goal – a move criticised by green […] 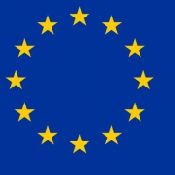 9 March 2015 | The European Union (EU) on Friday submitted its Intended Nationally Determined Contribution (INDC) to the UN Framework Convention on Climate Change (UNFCCC), and land use was not part of it.

“The INDC was altered from a draft version that included land use in the 2030 goal – a move criticised by green groups and the UK’s climate minister Ed Davey for potentially being able to weaken emission reduction efforts in non-ETS sectors such as transport, waste and buildings, wrote Ben Garside in the newly-launched Carbon-Pulse.com. “Instead, the final INDC postponed a decision on how to account for land use emissions, vowing to establish a policy before 2020 ‘as soon as technical conditions allow.'”

“By avoiding a decision to treat emissions and removals from the land use sector separately and on top of the EU’s ‘at least’ 40% domestic target, the EU wastes important political capital to set incentives for other countries to be transparent on the amount of emission reductions they will achieve” said Carbon Market Watch Director Eva Filzmoser.

All submitted INDCs are available on the UNFCCC website here.

The new agreement will come into effect in 2020 and will pave the way to keep a global temperature rise this century under 2 degrees C.

Governments have agreed to submit their INDCs in advance of Paris with many developed and bigger developing countries expected to do so in the first quarter of this year.

In February, in Geneva, countries under the UNFCCC also finalized the negotiating text for the Paris agreement. The next round of formal negotiations will take place at UNFCCC headquarters in Bonn, Germany, in June.

INDCs have been chosen as the vehicle for national contributions to the international Paris agreement. They include, for example, details of emission reductions the country will undertake and can include other action plans covering areas such as adaptation to climate change.

Christiana Figueres, Executive Secretary of the UNFCCC has encouraged countries to come forward with their INDCs as soon as they are able, underlining their commitment and support towards a successful outcome in Paris. “Momentum towards Paris is building everywhere. I look forward to many more INDCs being submitted over the coming weeks and months,” she said.

Countries have agreed that there will be no back-tracking in their contributions. This means that the level of ambition to reduce emissions will increase over time.

The negotiating text from Geneva also signals the ambition among many governments for a long-term goal to dramatically reduce greenhouse gas emissions over the century.

All information such as documentation on designing and preparing INDCs as well as on sources of support for INDC preparation, is available here.