The European Parliament’s Environment Committee on Tuesday called for tighter post-Kyoto emission caps than previously proposed and the recognition of forestry offsets for the first time under an EU-sanctioned cap-and-trade regime. But it also said companies that take full advantage of offsets today might lose their right to use them for future compliance – something that has project developers crying foul. 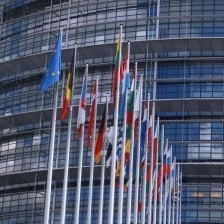 The European Parliament’s Environment Committee on Tuesday called for tighter post-Kyoto emission caps than previously proposed and the recognition of forestry offsets for the first time under an EU-sanctioned cap-and-trade regime. But it also said companies that take full advantage of offsets today might lose their right to use them for future compliance – something that has project developers crying foul.

7 October 2008 | First Climate Group Executive Board Member Urs Brodmann sees plenty of things to like in the 25 compromise amendments (see link, right) that the European Parliament’s Environment Committee inserted into a bill that could – if voted into law – govern the European Union Emissions Trading Scheme (EU ETS) after the Kyoto Protocol expires in 2012.

He likes, for example, the inclusion of afforestation, reforestation and forestry offsets for the first time. The new bill, approved Tuesday, says companies can use forestry offsets to cover up to 5% of their emission reduction requirements post-2012 (during which offsets of all kinds can total 4% of 2005 emissions – more on this later).

He also has no qualms with tighter overall caps than those proposed by the European Commission in January.

But he says the parliamentarians blew it as far as offsets from the Kyoto Protocol’s Clean Development Mechanism (CDM) are concerned – and he’s not alone.

“There’s a lot of, well, angry discourse in the CDM community,” said another project developer, echoing others who didn’t want to be on the record until they had time to review the documents.

“They basically moved the goalposts,” says Brodmann, who has had time to review the documents and says the angry discourse flows from an amendment that will essentially bar any company that takes full advantage of the program as it exists today from using offsets to meet its EU ETS obligations after 2012.

Specifically (and brace yourself, this gets complicated), the amended bill says that any company that uses CDM offsets totaling more than 6.5% of its 2005 emissions to meet its EU ETS obligations this year – or in any year through 2012 – will not be allowed to use offsets purchased after 2012 to meet its EU ETS obligations in the next phase of EU ETS, which runs from the end of 2012 through 2020.

Neither, for that matter, will companies that buy offsets now and bank them for the next phase.

Not that banking is disallowed – indeed, it is explicitly permitted under current rules – but companies that do choose to buy CDM offsets now for use in the next phase will be forced to gobble up as many as they can before the end of 2102 – because they won’t be allowed to use any post 2012 offsets for compliance purposes (no word on what happens if companies retire their banked allowances voluntarily).

Companies that neither cross that 6.5% threshold in this phase nor try to cash in banked allowances next phase will, on the other hand, be allowed to buy and use offsets from 2013 through 2020, during which they can annually purchase and use offsets equal to 4% of their 2005 emissions.

Avril Doyle, the Irish Member of European Parliament who is steering EU ETS legislation in Parliament, says the bill simply presents a choice for companies: load up now, or hold your peace through 2020.

“This wording ensures that all operators can use JI/CDM of a high standard where the host countries have ratified the Copenhagen climate agreement, in the period 2013-2020,” she wrote in a June draft of the current legislation. “Companies will obviously do whichever gives them the largest entitlement.”

Brodmann says that’s not the point.

“It calls into question the principle of legal certainty,” he says. “In the current phase, member states are allowed to set their limits, and most have limits above 6.5%. This is a violation of good faith and creates a lot of uncertainty in the market, because now installations don’t know what the next penalty will be.”

What’s more, project developers have been using the current rules to promote the idea of buying allowances now and banking them for the future – something they say incentivizes early action and starts funneling money into developing world reductions today, rather than three or four years down the road.

Advocates of the amendments say the new bill promotes reductions inside Europe, and some even argue that domestic abatement is cheaper in the long term than is promoting clean development in the developing world.

As for the 6.5% figure, it first showed up in its current context in a June draft of the bill, when Doyle argued that the European Union’s average annual reduction in the period 2008 through 2012 will be 6.5% of 2005 emissions, and that companies shouldn’t be encouraged to use offsets for an amount greater than the pan-European reductions over that period.

That came from a January European Commission proposal encouraging legislators to learn from past mistakes in drafting new legislation.

“Approved NAP (National Allocation Plans) decisions show an absolute emission reduction of 6.5% compared to 2005 verified emissions, thus ensuring that the EU ETS, designed as a cap-and-trade system, will deliver real emission reductions,” the report stated. “However, experience of the 1st period and the NAP assessment of the 2nd period gave strong reason to believe that the overall functioning of the EU ETS could be improved in a number of aspects.”

The Words in Question

Interestingly, the contentious amendment comes in a section of the bill designed to promote predictability (amended sections in boldface):

In order to provide predictability, operators should be given certainty about their potential after 2012 to use high-quality CERs and high quality ERUs that incentivise the linking of trading systems. Operators should be allowed to use such credits up to an average of 4% of their emissions, during the period from 2013 to 2020, provided they use less than 6,5% of ERUs and CERs compared to their 2005 emissions during each year of the 2008-2020 period and they do not carry over entitlements under Article 11a(2) of Directive 2003/87/EC. This system should ensure that over the period 2008-2020 up to 40% of the effort can be achieved through the use of CERs and ERUs.

Which was amended from:

In order to provide predictability, operators should be given certainty about their potential after 2012 to use CERs and ERUs up to the remainder of the level which they were allowed to use in the period 2008 to 2012, from project types which were accepted by all Member States in the Community scheme during the period 2008 to 2012.

The Council of Europe, meanwhile, is working on its own amended bill, and key members of the Council and Parliament will then hammer out a compromise bill that will be presented at one of the 12 four-day plenary sessions of European Parliament in Strasbourg.

If a compromise is rejected, or if no compromise is reached, the whole process begins again, says Tuomas Rautanen, First Climate’s Senior policy manager in charge of methodology and risk – adding that he’s optimistic it won’t end that way.

“We still don’t have the Council position,” he says. “That will come out in a few weeks, but it’s most likely not going to be one that will retroactively change the rules.”

In theory, the Council and Parliament have equal footing when it comes to hammering out a compromise bill, but in reality the Council usually gets its way, he says.

“In that sense, if the council does its homework, as they traditionally do, there is a slightly higher chance that the Parliament position as adopted today will not pass.”