Landmark US regulations for offsetting lost wetlands were enacted just over two weeks ago, and those most impacted have been poring over the documents. Nearly everyone agrees that "The Rule" is a boon to bankers, but what does it mean for wetlands? The Ecosystem Marketplace hears all sides. 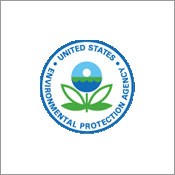 Landmark US regulations for offsetting lost wetlands were enacted just over two weeks ago, and those most impacted have been poring over the documents. Nearly everyone agrees that “The Rule” is a boon to bankers, but what does it mean for wetlands? The Ecosystem Marketplace hears all sides. Second in a Series

Through political horse trading and dogged persistence, this Republican congressman, who represents the state with the largest wetland mitigation industry, successfully spearheaded the new rule that spells out a clear preference for wetland mitigation banking while pushing back the industry’s competitors.

Now as mitigation bankers exchange high-fives, their competitors – along with scientists and environmentalists – are sifting through the 113-page document, weighing in on regulations that will not only revamp the wetland mitigation industry but, more importantly, determine whether environmental markets can make significant inroads towards stemming wetlands loss. By making wetland preservation and mitigation banking nearly synonymous, the rise or fall of each will depend on the success of the other. That’s high stakes for both the environment and the bankers.

Until now, 60 percent of destroyed wetlands have been replaced by on-site developers – often without regard for quality or controls. Wetland banks that proactively restore wetlands offsite in exchange for government credits hold about a 30-percent market share, with the remainder being in-lieu fee providers, typically nonprofit corporations contracted to provide off-site mitigation at some future time.

Rich Mogensen, a wetland scientist and past president of the National Mitigation Banking Association, believes “The Rule”, as “Compensating Mitigation for Losses of Aquatic Resources” has colloquially come to be known, will promote a tripling in the size of the US wetland mitigation banking sector – from roughly 500 banks today to 1500 within the next three-to-five years, with continued growth thereafter.

And, with Wall Street gun shy from the nose dive of sub-prime mortgages and hedge funds, deep-pocketed investors are expected to move significant capital into this federally-endorsed green venture.

Out with the Old

Jones’ maneuver was the latest in a series of congressional actions intended to respond to the 1972 Clean Water Act’s (CWA) mandate to stem the rapid loss of wetlands in the United States. In the 1990s, Congress issued non-binding “guidance” that encouraged developers to mitigate onsite for the wetlands they destroyed. This put banks that build wetlands offsite but within the same watershed at a regulatory and economic disadvantage. Banks were also held to tighter performance standards, monitored to ensure long-term success and required to restore compensatory wetlands prior to the destruction of existing wetlands within the same watershed

Fortunately for mitigation banking, a seminal assessment commissioned by Congress and released by the National Academy of Science’s National Research Council in 2001 concluded that these ingredients were the same ones that promoted successful mitigation efforts.

In with the New

The influence of the Academy’s recommendations can be felt throughout the rule. Written by the Army Corps of Engineers and the US Environmental Protection Agency (EPA), it will be finalized into law on June 9, 2008.

It mandates mitigation banks as the first choice, when available, for wetland mitigation, and it extends standards for advance planning, implementation and management to all compensation projects including those done by developers and in-lieu fee providers The Army Corps said these actions will “level the playing field” between the competing wetland-compensation providers.

But by adopting measures already provided by mitigation bankers, many detect a decided tilt in the field. The new regulations emphasize, for example, relying on an overall watershed approach when selecting sites for wetland mitigation rather than searching for onsite or nearby areas for mitigation as developers had done in the past.

Performance standards are pushed up a notch by requiring that they adopt “best-available” science, an adaptive measurement that can be updated during the approximately five-year period that the new regulations require for monitoring of wetlands that have been restored, enhanced, established or preserved. The regulations also mandate that wetland-impact applications and monitoring reports be published online, providing transparency and enabling the public to act as additional watchdogs. And they put in place strict time tables within which the Army Corps must approve or disapprove proposed mitigation banks.

Until now, the agency has often hemmed and hawed for up to five years without reaching a decision. The new regulations mandate that they issue thumbs up or down in under a year.

Just Glad to Be Here

Sheila Hess, mitigation specialist for Ducks Unlimited, a nonprofit organization that provides offsite mitigation consultation services for developers, pointed out that regulations had to include developers and in-lieu fee programs as mitigation options because in many watersheds, including those surrounding her town of Buffalo, New York, no mitigation banks exist. After all, wetland mitigation banking just began in the 1990 and is just breaking out of its infancy. Bankers have either not yet been interested in migrating to a given state or watershed or have felt unwelcome by existing laws.

Meanwhile, Linda Crowe, director of land protection for the Nature Conservancy, a major player in the field of in-lieu fee provision, ticked off benefits the environment could lose if only for-profit mitigation bankers bid on projects. The Nature Conservancy, for example, piggybacks numerous environmental objectives and provides far more overall land and ecosystem preservation than a typical mitigation bank does when it receives wetland mitigation funding. For example, while mitigation banks typically provide one-to-two mitigated acres for each wetland acre destroyed, the Nature Conservancy restored 482 wetland acres, preserved over 3000 acres, restored over 200 adjacent upland acres and preserved over 800 adjacent upland acres with money it received to compensate for impacts on 224 acres of non-tidal wetlands, Crowe said.

While bankers’ competitors may feel a sense of relief after reading the final regulations, numerous scientists and environmentalists express skepticism about what they characterize as a loosely-written document that provides a lot of wiggle room for and self-dealing by the wetland mitigation banking industry.

“The whole approach of this mitigation rule has been balancing environmental arguments against industry arguments and trying to split the difference,” said wetlands activist Robin Mann of the Sierra Club as she sifted through the regulations. “We have a problem with approaching environmental protection that way.”

No one can better assess whether the new rule adheres to the NAS recommendations or whether it was written more as an industry perk than Joy Zedler, chair of the NAS. Taking a break between teaching classes at the University of Wisconsin, Madison, Dr. Zedler looked out the window at rain that still had not melted the Wisconsin snow and worried about loopholes she noted in the regulations.

She said she appreciated that the rule requires mitigators to consider watershed plans when they existed. The problem, she added, is that watershed plans – advance studies that analyze the quantity and quality of wetlands and other aquatic resources within a specific watershed with the aim of improving them – do not exist 99 percent of the time. Without watershed plans, mitigation bankers in the business of making a buck would be spurred to develop wetland banks in areas where land is cheapest. Urban areas with their expensive real estate – albeit within the same watershed – could lose water quality and flood abatement services that adjacent wetlands provide, leaving cities such as New Orleans unprotected.

Can You Fix My Stream?

Meanwhile, the regulations provided for stream mitigation, a subject not discussed by the NRC and one with little scientific backing.

“I spoke with 121 stream and river specialists and asked them to just sign their name on my napkin if they thought a stream could be restored,” said Joan Mulhern, an attorney for Earth Justice, raising her voice in anger. “Not one of them would sign it.”

Moreover, Zedler said she was concerned that the regulations did not put in place enough safeguards to adhere to the CWA’s mandate that wetland functions as well as acreage be maintained.

Picking up on this concern, Margaret Palmer, director of the University of Maryland’s Chesapeake Biological Laboratory, said that regulators were not well enough versed in wetlands science to measure actual wetland functions, such as the rate of nutrients regenerated to support wildlife that would establish whether a restored wetland actually replaces the one that was destroy. Instead, they typically used tools that determined a mitigation effort’s functional success by measuring attributes such as acreage, vegetation and shade.

“It’s like plastic fruit,” she said from her office in College Park. “It can look real nice but if you bite into it, it doesn’t taste good. There’s a difference between putting a project in the ground that technically complies with the law and ensuring that it really works.”

So Many Pages, so Many Critics

After the public release of the new regulations, Palmer Hough, the EPA’s lead scientist on the regulations who devoted the past five years to helping draft them, tried to take a breather in his home on Capital Hill. But the phone kept ringing.

Hough has the advantage over critics of having read the one-inch-thick document in its entirety, tweaking this, changing that until he now has it nearly memorized. Like a preacher citing Bible verses, Hough recited sections in the regulations to answer critics’ concerns. “You must have stopped reading at Section 332.3(f)(1) of the Rule,” he says. “If you kept reading to 332.3(f)(2), you’d see that…”

“We acknowledge that we’re still learning best practices for restoration and the best metrics for evaluating success,” he said. For this reason, the regulations provide flexibility so that ecological performance standards will evolve as science evolves, and regulator monitoring will help to ensure that restored wetlands replace the actual functions of those that had been destroyed.

Moreover, the rule enables the Army Corps and EPA to achieve greater results by encouraging and facilitating public involvement. The rule requires that new wetland mitigation applications and reports be made available online so that the public can also act as watchdogs.

“Naysayers say that mitigation can’t be done,” he says with a minister’s zeal. “The fact is that it can.”

It’s All in the Implementation

Business has been booming for mitigation bankers, with two-man shops signing multi-million-dollar deals.

“The changes from the guidance to the new regulations will change the market,” Mogensen said.

The regulations’ flexibly address many of scientist’s and ecologist’s earlier concerns regarding wetland preservation. However, one man’s flexibility is another’s loophole.

“When we put together the National Research Council study, we said there were many advantages to mitigation banks,” Zedler said. “But now we have to wait and see how it works out. It’s all in the implementation.”