Organizers of IETA’s Carbon Forum North America know exactly how to turn out a crowd, and it wasn’t the promise of conference-grade coffee. It was more related to the allure of news on compliance-grade offset protocols. California Air Resources Board Chairman Mary Nichols offered some insights into ARB decision-making on the sidelines of the Washington event. 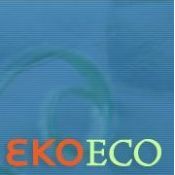 NOTE: This article appeared first on EKO-ECO Blog.   It is part of our continuing coverage of the Carbon Forum North America.   Find the original post and coverage from previous days here.

15 March 2011 |     Panelists taking part in an early morning plenary session of IETA’s Carbon Forum North America might have been surprised by the high level of attendance at the 8:30 AM session.

It turns out that IETA organizers know exactly how to turn out a crowd, and it wasn’t the promise of conference-grade coffee. It might, however, have had something to do with the allure of news on compliance-grade offset protocols.

High-level panelists included California Air Resources Board Chairman Mary Nichols and Resources for the Future President Phil Sharpe, who responded to some pretty big questions: How did the US carbon market get here (i.e. not very far), and what are we going to do about it to get somewhere else?

Later today, we’ll post a full synopsis of this and other high-level discussions taking place at the Washington forum.

But following up on Ecosystem Marketplace’s recent article that explores the blossoming relationship between regulators and voluntary carbon third-party standards, we thought readers would be interested in some immediate insights we gained from a conversation with Nichols on the sidelines of the Washington event:

We already have a forestry protocol but there are several others in the works related to nitrogen in fertilizer and cultivation practices in the rice industry – and a couple of others out there that have been quite well vetted. Hopefully we can bring those to the board.

Do you anticipate that credits from reduced emissions from deforestation and forest degradation (REDD) will enter the program before its start date?

Nichols: No, definitely not before.

How necessary are additional protocols to the program’s offset supply?

Nichols: We’d like to have more because you want to have more options for people who want to purchase more offsets. But our initial assessment is that we would have an adequate initial supply of offsets for the first compliance period of the program with the four protocols we’ve got now.

There’s been a lot of talk about landfill gas and N2O as project types that are strong contenders for ARB recognition in the next round of protocol development. What’s your take on that?

Nichols: Landfill gas is an issue for California because we regulate landfill gas and therefore in our program are not likely to grant offsets for things that are already mandatory because that causes the additionality problem.

It may work from other states and that’s one of the things under discussion with Western Climate Initiative (WCI) partners – how they’ll handle those kinds of offsets for the different jurisdictions, what kind of baselines they’re looking at.

How do you feel about the prospect of California going it alone with its programs, without some of the other states that originally committed to a cap-and-trade program?

Nichols: A lot of states are I think holding back to see if California actually starts our program. New Mexico is ready to go if they decide to!

I’ve always siad we should start the program with at least one other partner – I think that would be to the benefit of California’s program but realistically within the WCI we are also by far the biggest emitter. So we could do the program alone but we’d rather not.

Molly Peters-Stanley is Ecosystem Marketplace’s Voluntary Carbon Associate. She can be reached at [email protected]