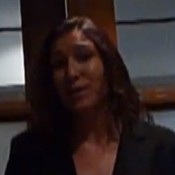 The National Mitigation Banking Association’s (NMBA) annual meeting is underway in New Orleans, and we’ll be having informal chats with participants as panels wrap and posting them here. On day one, the outgoing and incoming NMBA presidents discussed priorities and challenges facing the industry. On day two, Fabien Quetier of Biotope discusses biodiversity offsets and achieving no net loss in France.

8 May 2013 | NEW ORLEANS | USA | The National Mitigation & Ecosystem Banking Conference is the country’s biggest gathering of market movers in the wetland & stream mitigation and species & habitat banking worlds. It kicked off here on Tuesday with around 415 registered for the meeting-a record-and runs through Friday, and we’ll be covering the conference all week here at Ecosystem Marketplace, on our blog, and via Twitter, so be sure to check back with us often.

Will McDow and Timothy Male:
The Complementary Roles of NGOs and Mitigation Bankers

Will McDow is Senior Program Manager for the Environmental Defence Fund (EDF) in Raleigh, NC, while Timothy Male is Vice President for Conservation Policy and Science at Defenders of Wildlife in Washington DC. They see plenty of ways that NGOs and mitigation bankers can cooperate – even if they don’t always agree.

McDow leads EDFs work in building partnerships with the NMBA, mitigation community and other NGOs. He talked about the importance of finding science-based, units-based mitigation, and EDFs role in developing habitat exchanges in the Midwest with the Lesser Prairie Chicken.

Male sees NGOs playing a semi-regulatory role – ensuring that that habitat outcomes produce net benefit, and that conservation happens as early as possible. He brought us up to speed on the work Defenders of Wildlife is doing on candidate species, and said NGOs need to focus on promoting transparency, predictability, and enforcement. This means they won’t always agree with mitigation bankers, but he believes it will ultimately be good for the sector – and the environment.

Moyer is Acting Chief of the US Army Corps of Engineers Regulatory Program, and she offers a brief update on what they’ve been working on in the past year, items of interest to the industry, and broader Corps initiatives that are likely to have an impact on mitigation banking.

The president of Craig Denisoff Consulting described how the positive aspects of proposed or theorised habitat credit trading (as opposed to single element i.e. Wetland Banking, or single species i.e. conservation banking) offer much to conservation generally. It may, however, be some time before we need formal proposals – and longer still before we see credits changing hands.

We caught up with Sarah Mack, President and CEO of Tierra Resources, LLC, and asked her to tell us about her wetland carbon credit pilot – the country’s first. It’s using the American Carbon Registry (ACR)’s new methodology that specifically focuses on Mississippi Delta wetlands. The project site is in St. Charles Parish, less than twenty miles from the conference here in New Orleans. In this videoblog, Mack introduces the project, which aims to test out the methodology and demonstrate how public-private restoration efforts might leverage carbon finance. If this all sounds innovative enough, you haven’t met Mack: she’s already thinking about how nutrient credits might stack on top of the carbon offsets, by using the wetlands to filter wastewater.

Earlier, we asked Fabien Quétier of Biotope to share the story of how ‘no net loss’ and biodiversity offsetting came to France (it has something to do with some wolves, but you’ll have to watch to learn more). Fabien is leading efforts at one of the five first-ever pilot offset sites in France, and discusses with us some key differences between France and the United States, challenges he’s facing in implementing the model, and the role offsets could play in achieving no net loss.

This conference marks the passing of the torch, with presidency of the National Mitigation Banking Association passing from Randy Wilgis to Doug Lashley for the 2013-2014 period. In this videoblog, Wilgis and Lashley discuss priorities and challenges for the Association and the mitigation banking industry more broadly, and reflect on progress so far.

Randy Wilgis on Progress so Far

Randy Wilgis has just completed his term as NMBA President in this morning’s NMBA Annual Meeting. Reviewing current drivers for the association and priorities for action, he comments on achievements and the work done so far on fostering growth of the mitigation and conservation banking markets. He also discusses overcoming challenges regarding regulatory and policy work and lobbying in Washington, DC. Wilgis notes the achievements working with large NGO’s such as Ducks Unlimited, The Nature Conservancy and the Environmental Defense Fund to create a strong, consolidated message with regulation and policy. Standardization across regions and local implementation is a key part of this. He comments, as well, on the current challenges given current budgetary constraints within the regulatory department, and the importance of maintaining membership to support the association’s work.

Doug Lashley, of Greenvest LLC, Maryland, has just taken over as president of the NMBA for the 2013- 2014 year. He notes some of his priorities-improving ‘hard’ data, and moving from lobbying for improved process towards how to best use the credits generated. It also includes finding new ways both for permitted and non-permitted impacts as well as to grow and utilize the existing vibrancy of the conservation and mitigation banking market. Of course, as incoming president he’ll be focusing on increasing membership of the association, and continuing to work on the suggestions and feedback from members in years to come.

Other items on Wednesday’s agenda included a review of the Emerging Markets Committee from Travis Hemmen of Westervelt Ecological Services. He noted a possible change in the process and an improvement in how credits are used mentioning how integrating credits into NRDA (natural resource damage assessment) obligations is part of this process. Also, Stephen Collins of The Wetlandsbank Group reviewed the recent government and policy lobbying trip focusing in on three key points-equivalence, enforcement and transparency. Equivalence is for a standard between mitigation options and banks while enforcement is necessary for implementing the regulations. As for transparency, Collins commented on the industry’s shift toward a data focused environment.