Modern farming churns up soil and releases carbon, which contributes to climate change.  Climate-smart agriculture turns farms into carbon sinks and can slash greenhouse gas emissions by as much as 15%, but it’s also more labor-intensive than modern farming methods.  Carbon finance can make it worthwhile; 80 countries want to see it on the agenda for year-end climate talks. 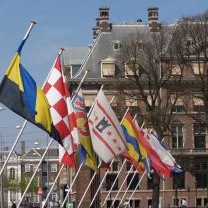 Modern farming churns up soil and releases carbon, which contributes to climate change.   Climate-smart agriculture turns farms into carbon sinks and can slash greenhouse gas emissions by as much as 15%, but it’s also more labor-intensive than modern farming methods.   Carbon finance can make it worthwhile, which is why these 80 countries want to see it on the agenda for year-end climate talks.

Eighth in a Series

5 November 2010 | Delegates from more than 80 nations have endorsed an action plan designed to ratchet up schemes that promote promote “Climate-Safe” agriculture, which employs no-till farming, mulching, and other labor-intensive but climate-friendly practices to capture carbon in soil rather than releasing it into the atmosphere.   Up to 15% of all greenhouse gas emissions worldwide currently come from agriculture, with an additional 17% coming from deforestation – which is often caused by farmers moving into forests after depleting their soil.

The Hague Action Plan, which was cobbled together over the past week at the International Conference on Agriculture, Food Security, and Climate Change in the Hague, Netherlands, aims to promote climate-friendly agriculture through education, knowledge-sharing and research – as well as by investing in climate-friendly agricultural projects and techniques and improving trade.

An Investment Fair on the sidelines of the Hague meeting funneled roughly $2 million into climate-smart agriculture in Africa, and the Dutch Minister of Economic Affairs, Agriculture and Innovation, Henk Bleker, says he will present the week’s outcomes at year-end climate-change talks in Cancun, Mexico.

“I will make sure that climate smart agriculture that can feed more people and is better for the environment will stay on the agenda,” he says. “I will present the ‘The Hague Action Plan’ myself at the climate conference in Cancun, Mexico.”

The Action Plan also contains a list of actions that countries and organizations should take to stimulate this new and climate smart agriculture so more people can be fed and less carbon is emitted. The countries have spoken out their commitment towards these actions.

Worldwide there are about 2.2 billion farmers, and current projections say they will have to feed nine billion people in 2050. The lack of attention for agriculture has lead to lower yields, lack of knowledge and fewer investments. Poverty is common for smallholder farms in many developing countries.