If you want to sell carbon offsets in exchange for action that reduces greenhouse gas emissions, you first have to prove that the money you’re earning is what makes the action you’re taking possible. That, in a nutshell, is "additionality" – a simple concept, but one that’s proving difficult to put into practice. 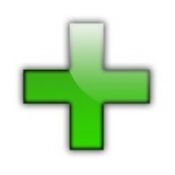 If you want to sell carbon offsets in exchange for action that reduces greenhouse gas emissions, you first have to prove that the money you’re earning is what makes the action you’re taking possible. That, in a nutshell, is “additionality” – a simple concept, but one that’s proving difficult to put into practice.

13 July 2009 | Additionality is a cornerstone of environmental finance – and one of the sector’s most contentious issues.

Without it, carbon offset projects have no credibility, and thus no value. Billions of dollars in carbon revenue thus hinge on the definition of additionality and the debate over how to establish methodologies for determining whether additionality has been achieved.

To date, the most common methodology for measuring additionality has been the project-by-project or “bottom up” approach, but a growing number of practitioners complain this approach is inconsistent and ultimately unworkable. They advocate a “top-down” approach using industry-wide benchmarks.

Whether or not a carbon offset project is additional can be measured in a few different ways using a project-by-project approach:

Financial/Investment: Would the carbon offset project have been possible without the use of carbon finance? In other words, is the return-on-investment from the project too low, or would the project owner have been unable to provide upfront financing for the project without carbon financing? If yes, then the project can be considered additional.

Barriers: Does the project overcome non-financial barriers (technical, skill-based, institutional) that would not have been an issue under a business as usual scenario? If yes, then the project can be considered additional.

Common Practice: Are the technologies that are being employed through the project commonly used? If not, then the project could be considered additional.

Recently, however, in response to concerns over the integrity of many carbon offsets approved under the UN Clean Development Mechanism (CDM), experts such as Ken Newcombe, the founding head of the World Bank’s Carbon Finance Unit, have promoted the use of a “top down” approach based on industry-wide benchmarks.

Under this approach, an emissions benchmark is established for a sector, and emissions reductions are then evaluated on the basis of their deviation from that benchmark in order to determine whether or not an additional reduction in emissions has occurred.

Because the top-down approach has pre-established parameters for determining what is additional, many believe it is much more objective and therefore less likely to be manipulated than the project approach. The US Regional Greenhouse Gas Initiative (RGGI) currently uses the benchmark approach in the administration of its program and the California Climate Action Registry (CCAR) also plans on adopting sector-based protocols.

Measuring and proving the additionality of a carbon offset project can be a difficult feat, at times resulting in harsh criticism of the carbon offset market, its incentive structures, and its regulation. For instance, under the current system, auditors are tasked with providing objective analysis of project additionality for the CDM executive board, but at the same time are being paid by project developers. Some might find parallels between carbon offset auditors and the financial ratings agencies tasked with objectively evaluating the investment potential of various debt instruments.

The Road to Copenhagen: New Approaches for Additionality

It is uncertain exactly how the rules around offset additionality will shape up in the next Climate Treaty and in country level rule-making, though it is clear that the mistakes made under the Kyoto Protocol must be addressed in order to truly begin to mitigate the climate change problem.

Avril David conducts research on the terrestrial carbon sector for Ecosystem Marketplace’s Forest Carbon Portal. She may be reached at [email protected].