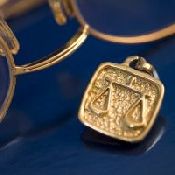 30 July 2013 | The coastal lands along the Gulf of Mexico have created a natural protective buffer against damaging weather events. The buffer took 6,000 years to form, but it’s at the brink of destruction, with hundreds of thousands of acres now gone because of the activities of the oil and gas industry, according to a new lawsuit. The lawsuit filed against about 100 industry players -says it’s now time for these companies to pay up.

The lawsuit was filed on July 24 by the Board of Commissioners of the Southeast Louisiana Flood Protection Authority – East, a public entity that is responsible for governing the levee districts of Orleans. The authority monitors the integrity of coastal lands, considered a necessary complement to the entity’s flood protection system, but its job has become increasingly more challenging because of the deterioration and disappearance of the state’s coastal lands, according to the lawsuit.

Environmental attorneys say the lawsuit represents a fascinating deviation from the first wave of climate change liability cases, which asserted that companies that emitted carbon dioxide were responsible for remedying the impacts of that pollution, a theory that has been rejected by courts in multiple jurisdictions.

“This is a very interesting next step in climate change asserting itself into the legal system and the political system,” says John Nevius, chair of the Environmental Law Group of Anderson Kill & Olick. “It seems like kind of a new front in the effort to focus people on this issue.”

“It’s very well written,” says Wylie Donald, a partner and co-chair of the climate change and renewable energy practice of law firm McCarter English. “They definitely went out there telling a story.”

But whether that story will result in a successful case that establishes that these companies are liable for restoring the wetlands is another issue, they say. The authority is taking the position that the Louisiana wetlands are subject to more frequent and severe storms and rising sea levels and that the oil and gas companies have a duty under the permits that granted them the right to engage in dredging activities to remedy the damage done to the state’s extremely fragile wetlands.

The coastal landscapes act as a natural first line of defense against the flood threat, working in harmony with the levees that serve as the last line of defense of inhabited areas, according to the filing. But a land loss crisis has claimed 1,880 square miles of land since the 1930s, which Louisiana officials have called “nothing short of a national emergency.”

“Unless immediate action is taken to reverse these losses and restore the region’s natural defense, many of Louisiana’s communities will vanish into the sea,” the lawsuit argues.

In 2012, the Louisiana legislature approved a $50 billion Master Plan that aims to substantially increase flood protection and the sustainability of the state’s coastal lands. The lawsuit asked that the court find the energy companies liable and indebted to the authority and the levee districts it governs, but did not specify how much the plaintiffs were looking to collect. The lawsuit claims the oil and gas industry should share in this responsibility because it has benefitted from exploiting the state’s abundant natural resources and ravaged Louisiana’s coastal landscape.

About 100 oil and gas production and pipeline companies are named in the petition, including major players such as Anadarko and Kinder Morgan. The lawsuit seeks to hold these companies responsible for the abatement and restoration of the coastal lands, including backfilling and revegetating of canals dredged and used by the defendants, and abatement and restoration activities such as wetlands creation, reef creation, land bridge construction, hydrologic restoration, shoreline protection, structural protection, bank stabilization, and ridge restoration.

“This case is about the future of south Louisiana,” the lawsuit states.

Chris John, President of the Louisiana Mid-Continent Oil and Gas Association, says the organization will be able to comment after reviewing the details of the case and speaking to its member companies named in the lawsuit. But he pledges the industry will vigorously defend itself against the petition.

“The issue of wetland loss is tragic and one that is very important to the oil and gas industry,” John says. “We live, work and play in and near Louisiana’s wetlands and have been very involved in fighting coastal erosion. The reasons for the loss are complex and involve both natural changes and many man-made activities.”

Both John and Louisiana Oil & Gas Association President Don Briggs say the petition appears to be one that is typical of the litigious state of Louisiana in terms of being a contingency lawsuit where the plaintiff attorneys stand to gain millions of dollars.

“This is just one more group seeking to extort money from the oil and gas industry,” Briggs says. “Many factors contribute to the erosion of Louisiana’s coast,” he continues. “The oil and gas industry’s contribution is but a small percentage of the problem. Yearly hurricanes and the Mississippi River changing paths many times over the decades play the majority role in erosion.”

The authority also has a noteworthy opponent in Louisiana Governor Bobby Jindal, who accused the board of overstepping its authority and hiring the lawyers who filed the lawsuit without his permission.

“We’re not going to allow a single levee board that has been hijacked by a group of trial lawyers to determine flood protection, coastal restoration and economic repercussions for the entire state of Louisiana,” he says.

The lawsuit relies on three different statutes to establish that these activities are governed by a regulatory framework that protects against the harmful effects of these activities, but the authority is not the agency that has permitting power under these statutes.

“That underlines, I think, a weakness,” Donald says.

The defendants are likely to argue that the authority does not have standing to pursue the case and that the permitting authorities are responsible for addressing the issues raised by the lawsuit within existing administrative procedures. The companies will probably also argue that the courts should not weigh in on issues that are the domain of the executive branch, as dictated by the political question doctrine, which refers to courts refusing to hear cases if they present political questions.

Another potential hurdle is that the authority will have to prove causation, lawyers say. The lawsuit mentions that the oil and gas canal network and the altered hydrology associated with the industry’s activities in general, has been ranked among the primary causes of coastal land loss by the US Geological Survey. But government agencies such as the US Army Corps of Engineers have also been cited as contributing to the extensive land loss. The energy companies are likely to argue that the flood control and navigation system built by the Corps is largely responsible for the loss of sediment and freshwater that has damaged the wetlands.

“The plaintiffs are going to have a difficult time,” Nevius says. “These are complicated questions. At the end of the day, oil and gas companies would agree they are part of the solution, but to focus exclusively on them is to focus on only part of the problem.”

But the lawsuit does have attributes that could help pave the way to a successful judgment, including that it accuses the energy companies of engaging in specific activities that led to a specific event – the destruction of coastal lands – rather than a broad claim that their activities have contributed to climate change.

Given what Governor Jindal and the trade association presidents have acknowledged is a permissive judicial system in Louisiana, a state court might be willing to entertain this kind of legal approach, lawyers say. And the fact that a public entity has filed the lawsuit gives it additional credibility, Nevius says. But given the governor’s stance against the lawsuit, “I would expect continuing political pushback,” he says.

Regardless of whether the lawsuit is dismissed outright or is allowed to proceed, it ultimately succeeded in generating extensive coverage about the damage being done to Louisiana’s wetlands, which may have been the authority’s goal all along, Nevius says.

“It may not be fully successfully judicially, but is likely to be successful in focusing on this issue,” he says. “By focusing attention, it is likely that the plaintiffs will get a large part of what they want.”

This is the first in a series of stories focusing on the economics of ecosystem protection along Louisiana’s Gulf Coast.

Part Two Building A More Resilient Gulf, looks at Tierra Resources’ new carbon methodology for wetland-restoration projects and explains why Entergy, the major utility in the region, has embraced the project.