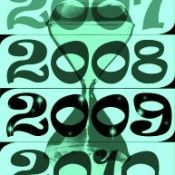 31 December 2008 | Less than a decade after the First Katoomba Meeting brought government officials, private sector professionals, academic researchers, and non-governmental representatives together in Australia’s Blue Mountains for a Spring, 2000, pow-wow on how to tap markets to save forests, awareness of Payments for Ecosystem Services has spread from a small gaggle of scientists and nature-lovers to decision-makers in governments from Washington, DC to Dar es Salaam.

Indeed, these two cities hosted 2008’s Katoomba Meetings – with the June meeting in Washington serving as the launch platform for a major scheme designed to test the ability of water quality trading to help clean up the Chesapeake Bay, and the Tanzania meeting lending support to the joint WWF-CARE-IIED project Equitable Payments for Watershed Services.

The year also opened with a burst of optimism wafting up from the Indonesian Island of Bali, where United Nations Climate Change negotiators opened the door to the idea of saving standing forests to capture carbon and slow global warming – or Reduced Emissions from Deforestation and Degradation. The process hit a wall at this December’s meeting in Poznan, however, when negotiators failed to agree on methodologies for rewarding the sequestration of carbon in trees.

REDD features prominently in US regional cap-and-trade initiatives, and also in most proposed national US cap-and-trade legislation, but it’s proving a tough sale in the European Union. That could be changing, as France floated a proposal to begin phasing forestry credits into the European Union Emissions Trading System (EU ETS) after 2012.

That scheme would start with funds raised by auctioning credits flowing into capacity building for REDD in the developing world, with governments then being allowed to invest directly in REDD projects, and then the private sector being allowed. Details are expected in January, and Ecosystem Marketplace will bring them to you.

The voluntary markets, meanwhile, made tremendous progress in developing REDD methodologies, with the Voluntary Carbon Standard (VCS) issuing protocols for measuring the amount of carbon captured in all types of land-use change.

Ecosystem Marketplace contributed its share with the launch of the Forest Carbon Portal, an online information clearinghouse for the terrestrial carbon markets.

This satellite website to EcosystemMarkeplace.com includes daily news posts, original articles, a calendar of events, and a “tool box” of the latest intro guides, methodologies, software measurement tools and beyond. The site will also map projects selling land based carbon credits across the globe. Users can search for project sites by region, as well as by a variety of criteria such as project type, standard, registry, and credit prices. Projects are described in consistent ‘nutrition labels’ listing a range of criteria.

On the biodiversity front, UN Biodiversity negotiators decided in May to evaluate the ability of markets to help preserve biodiversity. The result is a detailed evaluation process launched by the Business and Biodiversity Offsets Program (BBOP), a global partnership of 40 organizations launched in 2004 by Forest Trends to determine when biodiversity offsets are appropriate and when they are not, and to come up with detailed protocols ensuring they are done right when implemented.

In the United States, meanwhile, biodiversity banking got a boost with the launch of another Ecosystem Marketplace product: SpeciesBanking.com, an online information hub for bankers, buyers, researchers, and regulators.

The product of three years’ preparation and one year of tedious research, the site contains information and data on more than 120 US mitigation banks – including not only which species are being supported by which banks in which states, but also how much capacity the banks have and who the local regulators are. The site will even make banking documents available for download where possible.

On the US regulatory front, the long-awaited Farm Bill, which represents the government’s largest chunk of environmental spending, survived a rare presidential veto in May to become law.

Among its many provisions was a mandate for the US Department of Agriculture (USDA) to promote incentive-based conservation, which led to the formation of an Office of Ecosystem Services and Markets (OESM), which will be headed by USDA Forest Service vet Sally Collins, who has won accolades for introducing market-based mechanisms into the Forest Service’s sustainable land management policies.

Topping off the year, Michigan developer John Rapanos, who bulldozed 230 acres containing wetlands to build a shopping center in Michigan back in 1988, finally agreed to pay a $150,000 fine and re-create 50 acres of wetland.

Meanwhile, US President-elect Barack Obama has been winning high marks from environmentalists and scientists for his selection of credible people to fill key spots in his administration – a development you can expect to see covered in more depth in the weeks and months ahead.