Ecosystem Marketplace will be on hand at this year’s National Mitigation & Ecosystem Banking Conference to take place in Denver providing analysis and summaries of daily sessions as well as Q&As with key actors from the mitigation industry. 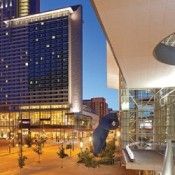 8 May 2014 | DENVER | The annual National Mitigation & Ecosystem Banking Conference kicked off here on Tuesday, with roughly 400 participants from across the mitigation banking spectrum. It has grown to over 400 attendees. A back-of-the-envelope calculation showed that just over half of the participants are mitigation bankers, while regulators comprise about 25%. Of these, the majority are from the federal government. Agriculture and finance were among the smallest contingents (see “Who’s Here?”, below).

USFWS Contemplating Move Beyond CCAs To State-Administered Crediting Systems For Non-Listed Species
A breakout string focusing on emerging policies for the year ahead.

Data, Transparency, And The Role Of Non-Profits: Wednesday At NMEBC
A detailed wrap of Wednesday’s discussions, including a summary of the morning meeting of the NMBA and afternoon sessions examining the challenge of finding water for wetlands in the aird American West, the role of non-profits in mitigation banking, and a preview of the policy horizon for 2014.

After Turbulent Year, Mitigation Bankers Meet In Denver
A summary of the key issues from the past year and how they may play out in Denver.

We’ll be here throughout the week, so remember to check this page and follow EM on Twitter for the latest developments.