California’s offset market was the source of about nine million compliance offset transactions in 2014, according to an Ecosystem Marketplace analysis. However, that number could have been even higher if the evaluation of early action carbon offset projects by California regulators had not moved at a snail’s pace, according to stakeholders. 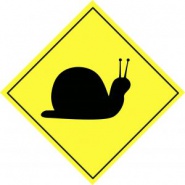 California’s offset market was the source of about nine million compliance offset transactions in 2014, according to an Ecosystem Marketplace analysis. However, that number could have been even higher if the evaluation of early action carbon offset projects by California regulators had not moved at a snail’s pace, according to stakeholders.

19 May 2015 | When California regulators announced they would give certain voluntary carbon offset projects an opportunity to transition into their compliance market, it was seen as a potential reward to the innovators and risk takers who invested in these projects early on before a clear compliance signal was sent. In reality, those actors are now being penalized because their projects are being sent to the back of the line, stakeholders said.

Ecosystem Marketplace tracked nine million compliance offsets specifically transacted for the California program in 2014 – a volume that would have been higher had it not been for the slow issuance of offsets to early action carbon projects, according to project developers and investors speaking at the Climate Action Reserve’s (CAR) Navigating the American Carbon World conference in Los Angeles last month.

“Early action projects, particularly forestry, have been very slow to transition,” said Roger Williams, President of Blue Source, which develops forestry projects. “We have situations where we have projects that have been kind of stuck in the queue for over a year. That certainly has been frustrating for us because these are projects that have been reviewed by verifiers, by registries, by a second verifier, prior to landing on ARB’s desk. We really need that to accelerate because there are deadlines coming up after which these projects can’t transition.”

Early action offset projects are voluntary projects that have been issued offsets by approved voluntary registries for emissions reductions that occurred between January 1, 2005 and December 31, 2014. Projects developed under five approved ARB compliance protocols are eligible to transition to the compliance regime.

The first step in the process, according to the CAR web site, is to list the early action project with the ARB, which has approved the listing of 109 early action projects to date. They must then undergo regulatory verification, including an assessment of conflict of interest and a desk review to confirm the validity of the initial verification. After that, developers may request that ARB issue offsets to the project, which triggers a full review by the ARB of all project documents.

To transition, these projects had to be successfully listed under a compliance protocol with an Offset Project Registry (OPR) by February 28, 2015. The projects have to complete the early action conversion process by an August 31, 2016 deadline or they will lose the ability to receive ARB offsets under this pathway. However, there are no mandated deadlines for the ARB to complete its evaluation of early action projects.

“The challenge is that for the early action projects, many of which were done a long time ago, there’s no clock,” said Greg Arnold, Managing Partner of CE2 Capital Partners. “Trying to make sure those get expedited in some meaningful fashion is really the challenge of creating the offset supply.”

In contrast, there is a 45-day deadline for the evaluation of offset projects undertaking the ARB’s compliance pathway – meaning the project was developed under a compliance offset protocol established by the ARB – although the process can be extended if ARB staffers require more information.

In practice, this has resulted in developers who took an early risk on voluntary projects that may or may not have been allowed to transition into the compliance regime being forced to sit on the sidelines and wait for their projects to be evaluated. But these pioneers should be rewarded for their willingness to take risks early in the process so it should be high on the ARB’s priority list to get those projects through the approval process rather than subjecting them to a discouraging slow conversion process that could fail to result in the issuance of offsets, said Julian Richardson, CEO of Parhelion Underwriting.

“I think speed is a huge challenge for the market,” he said.

“We understand the concern, but expect to complete our review of all early action projects prior to any deadlines in the regulation,” an ARB spokesman said.

Moving at a Snail’s Pace

The slow regulatory approval of early action projects, combined with the invalidation risk that continues to plague the market (see “Invalidation Risk Still Shadows California Offsets Market”), is a primary area of needed improvement, Williams said. And there is a solution – namely for the ARB to rely on the work done by verifiers and registry officials during a verification process that has been in place for years, he said. In trying to re-verify the work already done, the ARB is unnecessarily increasing the risk and uncertainty for landowners – already subject to 100-year permanence requirements under the ARB’s forestry protocols, forestry stakeholders said.

“We feel like there is a little bit of a duplication of efforts in this overall process to getting credits issued,” Williams said. “I think it’s our hope in this next phase that will pull back a little bit.”

“Otherwise, in our minds, why are we paying $50,000 for verification if that’s going to be done over again at the level of ARB,” he added.

Stakeholders do not doubt that ARB staffers are working incredibly hard to evaluate these early action projects, but the number of employees focusing specifically on the offsets program is small. And that small team is charged with working on amendments related to the offset program, such as the planned inclusion of Alaska-based forestry projects into the program, evaluating and developing new protocols, and issuing offsets to compliance and early action projects.

“They are working hard and need more help,” Arnold said.

However, Williams believes the staffing challenge could be resolved by directing a portion of the allowance auction revenues or adding an issuance fee of about 10 cents per offset that developers would happily pay to hire staff and speed up the process. The agency is always open to input, but commenting on these suggestions would be premature, the spokesman said.

Outside of staffing up, the ARB could also enlist the voluntary registries to perform more functions to quicken the evaluation process. Standards that have been designated as OPRs – the American Carbon Registry, the Climate Action Reserve and the Verified Carbon Standard – already perform such tasks as conducting the conflict of interest evaluation of verifiers and reviewing verification reports for projects on the compliance pathway. But the OPRs have almost no role in processing early action projects even though they originally issued the offsets on the voluntary side, meaning that it is “solidly on the ARB’s plate to move those projects forward,” said Rachel Tornek, CAR’s Vice President of Programs.

“I think it’s probably difficult for ARB to allow an outside body to administer part of their program,” she said. “I think there is a reasonable level of hesitancy. Any manager knows it’s difficult to delegate, but it’s something you have to do.”

With the passing of the end of the listing deadline, there is a new sense of urgency to get these early action projects through the pipeline before they lose the opportunity to convert these projects, because if they don’t make that August deadline, they won’t be able to convert and be issued offsets under the early action pathway.

“We really do need to get moving to get those credits to market,” Tornek said. “And I think there will be opportunity for us to streamline the processes with ARB and a little more willingness to allow the work of the OPRs work to stand on its own.”

Gloria Gonzalez is a News Editor and Program Manager at Ecosystem Marketplace. She can be reached at [email protected]