Latin America’s share of the voluntary carbon pie has grow dramatically over the last two years, but the Dominican Republic has focused almost exclusivly on offsets recognized under the Kyoto Protocol.  Policymakers aim to fix that, and we dropped in for a look at the progress they’re making — and the challenges they’re likely to face. 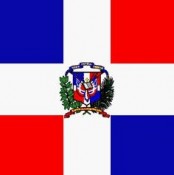 Latin America’s share of the voluntary carbon pie has grow dramatically over the last two years, but the Dominican Republic has focused almost exclusivly on offsets recognized under the Kyoto Protocol.   Policymakers aim to fix that, and we dropped in for a look at the progress they’re making — and the challenges they’re likely to face.

20 October 2010| If demand for voluntary carbon credits is flat lining in the US and failed REDD+ talks are casting a shadow over forest carbon markets, one would never guess it from the vitality of the Latin American Carbon Forum held last week in the Dominican Republic.

Latin America has good reason to be interested in voluntary carbon markets – credits from Latin American projects saw a dramatic increase in market share in 2009 and are reportedly still going strong. In the current year, Brazil, Colombia and other nations continue to develop market mechanisms that are unique to the region and the world.

But the Dominican Republic hardly rivals its southern neighbors as it struggles to find its place in the UN’s Clean Development Mechanism (CDM) and has no projects actively generating voluntary carbon credits (VERs). Addressing conference delegates, the DR’s Vice President Rafael Albuquerque recognized these market barriers – both in his nation and the developing world.

Regarding upcoming climate negotiations in Cancun, Albuquerque advocated for an international regime that synthesizes adaptation, mitigation, transparency and finance as “a clear formula that respects the principle of collective solutions.”

How is the Vice President’s high minded call to “act fairly, bravely and looking to the future” realized domestically? To date, the DR has registered hardly a handful of CDM projects. Further, its classification as a “frontier” (i.e. risky) investment location – coupled with the threat of political turnover in the 2012 presidential election – stymies greater private sector engagement.

Yet despite the island nation’s investment risks, some project developers and investors see the DR’s forests for their trees. And they’re moving in, armed with lessons learned and some sizable personal capital commitments.

Eyes on the sky, feet on the ground

While attending the LACF, Ecosystem Marketplace caught up with Anthony Simmons, chief operating officer for Citivest International, who is drumming up business and support for the island nation’s first large-scale forest carbon VER project – not to mention throwing some of his own financial weight behind the project.

If all goes as planned, Simmons claims that Phase I of the project will feature an afforestation/reforestation project on 104,000 hectares that directly engages 9,500 local cacao farmers in the region stretching between San Francisco de Macoris and Hato Mayor.

Rather than aggregate and manage thousands of landowners through a grouped project approach – also a topic of intense interest among conference-goers – Citivest partnered with Conacado, the National Confederation of Dominican Cacao Producers under which many local landowners operate.

Through the partnership, Citivest gains access not only to Conacado’s thousands of cocoa-producing members but also historical data on the project area – the kind of agricultural data Simmons says is not readily available through the Dominican Republic’s CDM-focused Designated National Authority (DNA).

Speaking to the current dearth of historical land use data, Simmons says that this data isn’t as hard to obtain as officials suspect. “What the DNA hasn’t figured out yet is that you can get data from agriculture agencies like co-ops because they’ve been around for years.”

Through agriculture cooperatives, Citivest is collecting land area crop data and title, deed and ownership information. The Conocado partnership also enables Citivest to manage 9,500+ stakeholders at a collective rather than individual level.

“This country is really an agriculture powerhouse and the agricultural co-ops are at the front lines,” he describes. “The co-ops have good records of working with and tracking their membership, so it’s easy to get data, records of names or land titles right through them instead of individuals – or the DNA.”

By the end of 2010, Citivest aims to offer upwards of eight million ex ante vintage 2011 credits from the project that Simmons says imparts “all the sustainable development bells and whistles” – i.e. not your run-of-the-mill community benefits.

Project co-benefits in this case might include a climate event warning system, local “hip” cultural events and amenities to stymie the brain drain from rural to urban areas and multiple revenue streams from carbon credits and cacao futures.

Lots of eggs, lots of baskets

Citivest boldly goes where no VER project has gone before thanks in part to Simmons’ personal cash outlay, which he says gives him the necessary autonomy to circumvent bureaucratic project hassles. But what about those project stakeholders and developers without the material goods to grease the grid?

If the goal is to attract and marry some of the markets’ emerging capital solutions to an early-stage emissions reduction project, MGM Innova Capital president and CEO Marco Monroy offers this advice: smart projects in this market are those with multiple revenue streams.

“It helps to have a second source of funds because depending exclusively on carbon makes the investment riskier,” says Monroy. “The way to protect your company from carbon market uncertainty is to have a dual income and be happy with other market returns in case carbon doesn’t happen.”

With this in mind, MGM recently announced that it will manage the Inter-American Development Bank’s newly launched MicroCarbon Development Fund (MCDF), extending up to US$50 million to projects in Latin America focused on energy efficiency.

The MCDF may also allocate up to 20% of the total committed capital to forestry and other land-based project types, with an eye on US carbon markets via verification under the Voluntary Carbon Standard or Climate Action Reserve.

Monroy says of these project types, “If we invest in forestry and energy efficiency, we’re doing the most we can do to reduce emissions in the medium and long term.” Monroy further notes that the MCDF will invest in projects that have both low-carbon and social components “to take the benefits of carbon markets to individuals and companies that have not yet had the benefit of carbon.”

Other conference attendees were also bullish on market prospects for multi-purpose project types like energy efficiency, landfill and agricultural methane – and their growing appeal to venture capitalists. The financial crisis itself might have lent surviving offset providers some new-found credibility in the eyes of investors.

“Post-crisis, we have grounded expectations of what’s available in the markets and what we can deliver,” notes John Paul Moscarella, Senior Managing Director at Emerging Energy and Environment. “There’s also a real trend toward clean energy and clean tech and we seem to be in the early days of this ‘next phase.'”

“Those kinds of megatrends will take billions if not trillions of dollars to bring to market. Investors like that, the potential for getting in on the ground with those Google-like stories.”

This article originally appeared on the eko-eco blog.

Molly Peters-Stanley is the Voluntary Carbon Associate in the Ecosystem Marketplace’s Carbon Program. She can be reached at mpeters-stanley@ecosystemmarketplace.com.
Please see our ReprintÃ‚Â  Guidelines for details on republishing our articles.