Ecosystem markets aim to preserve nature in part by recognizing the value of ecosystem services – such as water filtration, flood control, and carbon sequestration.  But does the market metaphor create the illusion of simple solutions?  UC Berkley Professor of Energy and Resources Richard Norgaard argues this week on the Ecosystem Commons that it does just that. 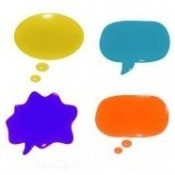 30 March 2012 | Ecosystem markets aim to preserve nature in part by recognizing the value of ecosystem services – such as water filtration, flood control, and carbon sequestration.   But does the market metaphor create the illusion of simple solutions?   UC Berkley Professor of Energy and Resources Richard Norgaard argues this week on the Ecosystem Commons that it does just that in a post entitled Ecosystem Services: From Eye-Opening Metaphor to Complexity Blinder, which is based on his 2010 paper of the same name.

“The metaphor of nature as a stock that provides a flow of services is insufficient for the task ahead. Indeed, the simplicity of the stock-flow framework blinds us to the complexity of the human predicament,” he writes. “The complex practice of understanding ecosystems is being skewed and simplified to inform markets.”

This, he says, distorts our understanding of complex ecosystems and creates the illusion that we can keep burning through resources if we just save a few patches of wetland.

He then poses three questions to readers:

Both men are mitigation bankers, and both concede Norgaard’s point – but then argue that the markets metaphor is as good a beginning as we are going to get, and that global solutions are unworkable at this time.

“It is awkward, and as you say, simplified, but that simplification is occurring for each of these oikos dimensions,” writes Gieseke.   “Ecological economics is more than interdisciplinary; it is the integration of the earth’s life support system and the means by which humans will value it.   And since we just began this journey during our lifetimes, we are children in understanding how to go about it.”

“National and global institutions are notoriously insensitive to local conditions, inevitably provide one size fits all – or nothing – politicized solutions in the name of ‘equity’,” writes Howard.   “These tend to be costly, ineffective and too frequently counter-productive. Action locally will not be directed globally.”

It’s a fascinating discussion that’s just begun to roll – and we suspect it will attract many more comments before wrapping up.   You can follow the discussion here, and feel free to drop your own two cents in.