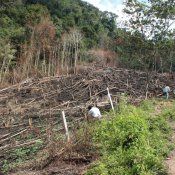 13 September 2013 | The entertainment giant that runs the “Happiest Place On Earth” is wild about carbon offsets, so much so that the Walt Disney Company will expand its already substantial voluntary offset purchasing program to account for indirect emissions generated by its operations, an effort to be financed by a $11-14 per-tonne internal carbon price the company charges its business units, according to sources close to the program.

In 2009, Disney announced a series of long-term goals to reduce its environmental impact, including a goal of zero net direct greenhouse gas (GHG) emissions, a target that will likely be updated in the next year, says Bob Antonoplis, assistant general counsel for The Walt Disney Company. The multi-media company challenged its business units to reduce their direct emissions through energy efficiency, fuel savings and fuel substitution initiatives and turns to the voluntary carbon markets to offset what it cannot reduce internally.

Disney’s voluntary offset program has covered these Scope 1 direct emissions and the company is planning to expand its offset purchasing in the “near future” to include its Scope 2 emissions, which cover indirect emissions from consumption of purchased electricity, heat or stream, Antonoplis says.

“We’re going to be expanding our program as we fold in our Scope 2 emissions, which will obviously increase the amount of projects that we’ll be involved in,” he told participants in a Climate Action Reserve (CAR) webinar on Thursday.

Since establishing its environmental goals, Disney has since become a major buyer in the voluntary carbon markets. “It was clearly driven by the overall goal that we set for ourselves,” he says. “That’s why we are participating at the scale that we are and then when we fold in our Scope 2 emissions, we’ll be at an even higher scale.”

As part of this effort, Disney established its Climate Solutions Fund, the name given to its internal carbon pricing program. The costs of carbon offset projects are charged back to individual business units at a rate proportional to their contributions to the company’s overall direct emissions footprint. Charging the business units for their GHG emissions raises the capital that is used to invest in third-party emission reduction projects.

When the internal carbon pricing mechanism was first pitched to Disney management, the then European price of $15 per tonne (/tCO2e) was used as the benchmark, Antonoplis says. But the price charged to the company’s internal units has been much lower in practice, varying in the US $11-14/tCO2e range, he says.

By comparison, the average price for voluntary offsets on a global basis was $5.9/tCO2e in 2012, with an average price of $6.7/tCO2e in North America last year, according to Forest Trends’ Ecosystem Marketplace’s 2013 State of the Voluntary Carbon Markets report.

Disney’s four cruise ships pay “a significant chunk” into the fund, while its less energy-intensive movie studio and television divisions are responsible for lower payments, according to Antonoplis.

The folks who choose offset projects for Disney have a particular affection for forestry projects.

With the help of a $3.5 million donation from Disney, Conservation International was able to develop a reduced emissions from deforestation and forest degradation (REDD+) project in the dwindling Alto Mayo Protected Forest in Peru. The project, which Antonoplis calls “fantastic,” has generated 3 million tonnes of emissions reductions (MtCO2e) so far, and delivered a host of benefits for the local populations.

“We’re big supporters of REDD and we’re active in both California and Washington, DC on trying to get REDD into our regulatory programs,” he says.

Antonoplis is particularly proud of the Cuyamaca Rancho State Park project, for which Disney helped finance the reforestation of 1,075 acres of forest land, which was decimated by the Cedar Fire of October 2003. This was a particularly pricey endeavor compared to other offset projects such as dairy methane, livestock or ozone-depleting substances projects, he notes.

“Even though it was ‘expensive,’ it was just a wonderful project,” he says.

The company has purchased a smaller percentage of carbon offsets from other projects such as energy efficiency, livestock gas capture and landfill gas, with landfill projects in particular an extremely cost effective way to capture methane, which has a much higher global warming potential than carbon dioxide.

“You get a lot of bang for the buck in engineering costs,” Antonoplis says. “It’s cheaper to do them and it keeps the price down.”

“Not everybody pays as much for voluntary offsets as Disney does,” she says.

Disney’s preference is to fund new projects rather than purchasing older offsets and to work with long-time NGO partners such as Conservation International, the Nature Conservancy, the Conservation Fund and World Wildlife Fund, with 80-90% of its credits acquired through these relationships.

“They’re friendly contracts to negotiate and we each have kind of a reputational stake in the project working,” Antonoplis says. “It enables us to easily enter into agreements to fund these projects.”

Location of the projects is often a consideration for the company in choosing offset projects. Disney has financed several reforestation projects with the Nature Conservancy in China because of major construction on the upcoming Shanghai Disneyland and its existing theme park in Hong Kong, he says. The company also wanted to engage in projects in California because it is headquartered in the state. But Disney also has projects in Peru and the Lower Mississippi Valley, where it does not have operations.

“We don’t only pick projects based on geography,” he says. “But all things equal, we do like projects in our neighborhood.”

The entertainment giant’s offset purchasing strategy assumes that a vibrant voluntary market exists, Antonoplis says. “Obviously that is the case and it’s worked very well to our benefit,” he says. “It’s been a successful program for us.”

In 2012, voluntary actors contracted 101 MtCO2e for immediate or future delivery, a 4% increase over 2011, while the volume purchased domestically in North America increased by 1% to about 30 MtCO2e, according to the Ecosystem Marketplace report.

Ninety percent of offset volumes were contracted by the private sector, where corporate social responsibility (CSR) and industry leadership were the primary motivators, Peters-Stanley says.

For Disney, CSR was “clearly our motivation,” Antonoplis says.

Despite being based in California, the company’s offset purchasing is not motivated by compliance mandates because its operations in the state fall well below the 25,000 tCO2e threshold to be covered under California’s cap-and-trade program. “That kind of frees us up from not having to worry about the offset component of the cap-and-trade program,” he says.

CAR was the most popular offset standard in North America in 2012, with a 30% share of the market, in large part due to preparations for California’s compliance program, which officially launched in January 2013, Peters-Stanley says. Removing compliance-related transactions from the equation, the Verified Carbon Standard (VCS) was hands-down the leading standard for voluntary activities in North America, she says.

“If it weren’t for the voluntary market, the vibrancy of the standards such as VCS and [the American Carbon Registry] and CAR of course, we wouldn’t be comfortable playing in this area,” Antonoplis says. “The vibrancy of the market and the verification standards and the ability to get these projects off the ground and going has really worked well for us.”

Gloria Gonzalez is the Senior Associate for Ecosystem Marketplace. She can be reached at [email protected]