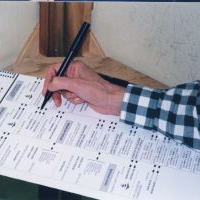 Note: The views are those of Steven Apfelbaum and not necessarily those of Ecosystem Marketplace, Forest Trends, or its affiliates.

25 October 2012 | It appears as if this year’s election will be business as usual, focusing on the political trench warfare we Americans have experienced – and come to expect – in the past several election cycles. Election-year white-washing, glossing over substantive issues, creating personas based upon crowd appeal, charm, and pseudo-brilliance – it all continues on without real resolution. But if there ever was a time to focus on meaningful, open dialogue, it is now.

We haven’t had an open conversation or leadership on almost anything but healthcare, thanks to the well-intentioned leadership of President Obama. (And this single stride in the right direction appears poised to be stripped by reversionary thinking.) Leadership during this last presidential and congressional term didn’t address many equally as important issues — including energy and climate policy as well as soils and water resource issues. Unfortunately, not taking action is essentially making a decision to do nothing.

Failing to plan for food security, human health and safety, how we will adapt to drought and water supply shortages, is as certain to contribute to our political and economic upheaval as it has in many other countries and many other eras. Historically, three environmental factors have had the potential to take down entire civilizations:

According to the USDA, soil organic matter, which in part helps soils hold nutrients and provides part of the soil’s water-holding capacity, has been depleted by almost seventy percent in some places.

Summer 2012 has been the hottest in our recorded history. The lower 48 states have faced moderate to severe drought, and the severe tornado, storm and hurricane season is just beginning.

Over 40 million U.S. citizens live in poverty, making daily tradeoffs between paying the mortgage and buying food. Nutritious, healthful food is seldom an option under such circumstances.

The remedies are vital, yet, unfortunately, so poorly understood or addressed in political forums:

Rebuilding healthy soil is easily and quickly accomplished and is needed to compensate for years of heavy uses of Anhydrous ammonia fertilizer (which provides temporary nitrogen for crops) while it further degrades soils and contributes to declining organic matter, erosion susceptibility and contributes to essential soil nutrients washing from the land, polluting our rivers, lakes, estuaries and oceans.

An investment in re-growing soil is a hedge against drought, disease and famine. The relationship is straightforward — more sponge-like soil organic matter, holds more nutrients and water. Drought packs less of a punch if soils are healthy. Every farmer and gardener knows how to improve and re-grow soil organic matter. The 60,000 gallons of water held in the soil sponge for every 1% increase in soil organic matter replenishes potable ground water, water in lakes, rivers, and ultimately assures us that our tap continues running with clear, clean, healthy water.

for disease, our citizens are less vulnerable if they consume healthful, nutritious food. Our resistance to disease hinges on our disease susceptibility as well as our ability to arrest and treat illness, which depends on accessible health care and affordable treatment — which many people in the U.S. and across the globe lack.

Maybe the near-miss of Hurricane Isaac – which cast grey skies over the Republican convention – is a not-so-subtle reminder to take the environment seriously. The seeds of contempt and discontent are in place. Leadership foibles and indecision are exacerbated by severe drought. Higher food prices and failing soil systems are now aligned to test our mustard. While working to remedy these problems offers the potential to create new and meaningful jobs for our citizens, address a legacy of deferred repairs and improvements to our land, and nurture a culture of collaboration and understanding in our society.